It was large crowd, at times angry, as many of them were not going to be satisfied with any answer other than to turn Mace Boulevard back to the way it was – this despite considerable evidence presented on Thursday suggesting that I-80, not the road configuration, is the cause of the traffic delays.

Chief Darren Pytel said, “Everyone is familiar with the gridlock out there and we really want to focus on whether we can improve that.”  He said that what they aren’t going to do right now is go out there with a sledgehammer and take out the concrete.

He added, “What we’ve been striving for is to make sure that we can increase the flow for regular vehicles that also keeps some of the design guidelines in there to help with bicycle and pedestrian flow as well.

“There is a way to do it with the amount of land that’s available,” he said. 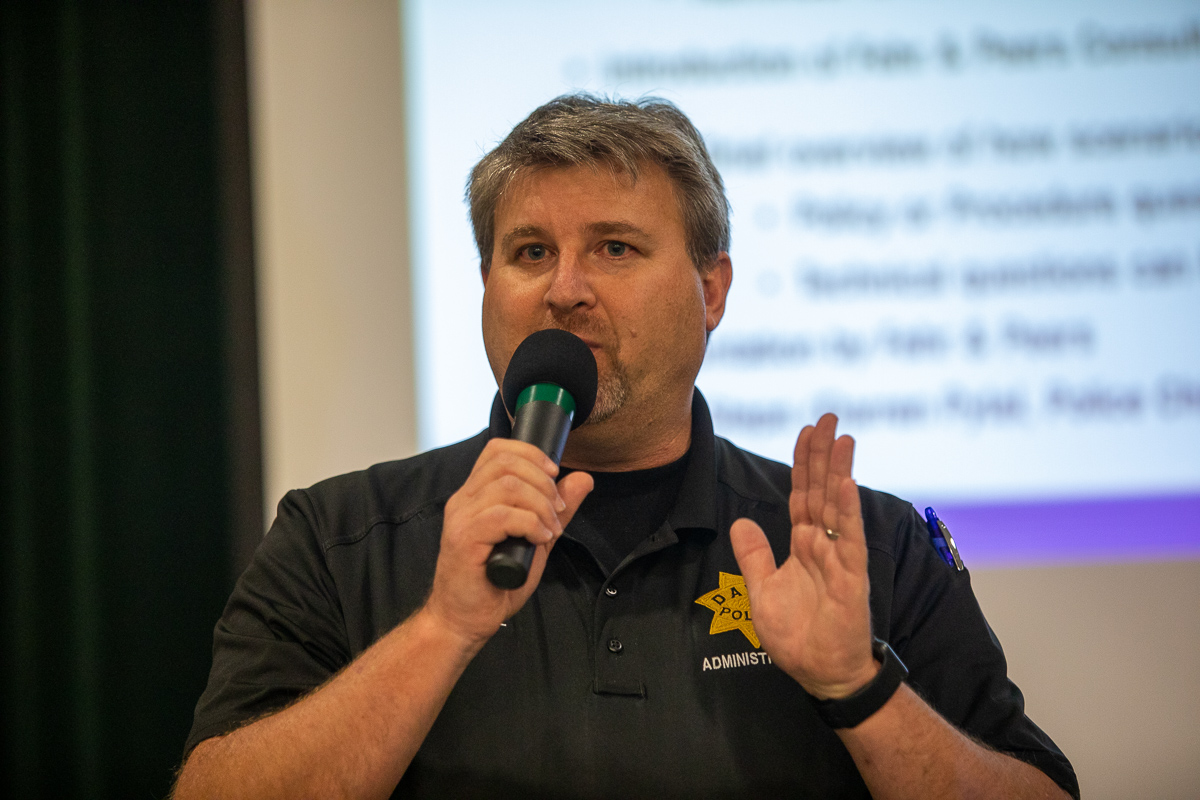 A consultant, Adrian Engel from Fehr & Peers, then discussed their traffic model.  He explained that they were asked to look at Mace Blvd. between Montgomery Ave. and the freeway.  Their main focus is on conditions experienced on Thursday and Friday afternoons and evenings, when they see an increase of about 200 cars per hour coming up from the south from Tremont Rd. up Mace and adding to the congestion on the corridor.

They have five evaluation criteria.  First is the travel time savings related to local travel time within Davis from Montgomery to Chiles.  In a free-flowing condition, that takes about two minutes.  He said that in a congested condition they’ve seen that take up to six minutes in their model.

That response drew jeers and he quickly added that when they have actually tested it in the field, is was at 35 minutes.  “We understand,” he said.  “We had to model the typical condition, not the absolute worst condition.  I understand there are times when it gets worse out there and the corridor chokes itself out.”

Second, they are looking at local travel time to I-80, from Montgomery to I-80.

“We understand you need to get to the freeway sometimes as well,” he said.  “So we can’t penalize everyone getting to the freeway as one of the solutions to deal with some of that cut through traffic.”

He noted in their model they are seeing 11 to 12 minutes, “so an additional five minutes just to get from Chiles onto the freeway when it’s congested.”  He added that “a lot of that time is spent stuck in that queue.” 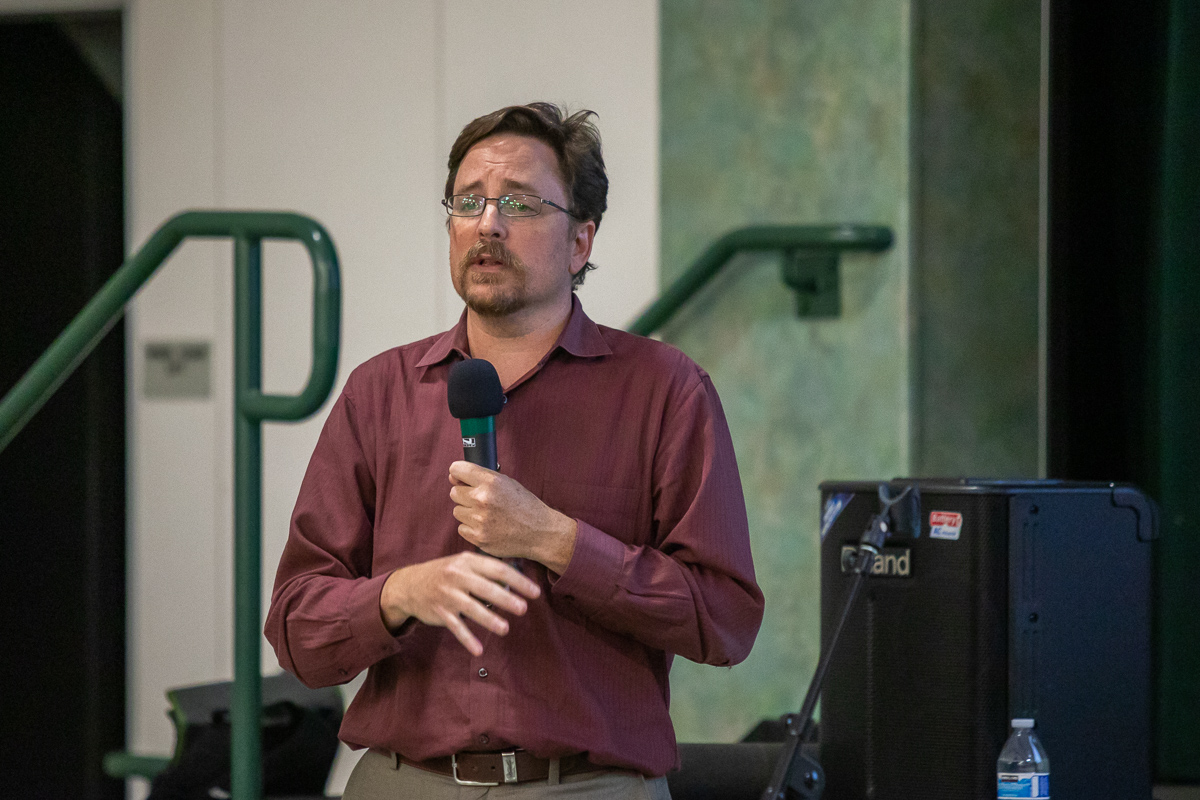 Finally there is the regional cut-through traffic, and they have found at least 200 cars per hour that are getting off the freeway in Dixon and taking Tremont Rd. east to Mace, then going north on Mace in order to get onto the freeway – that is taking about 13 minutes in their model.

He said, “What we’re seeing it’s about a 10 minute difference.”  So by getting off at Dixon and instead of traveling east on 80, the vehicles are saving about 10 minutes of time.

He pointed out, “Anything that we do along this corridor to make it faster to get up Mace from south of Montgomery all the way up to the freeway will potentially draw more traffic off of 80 onto Mace.”

The solutions they want are to get help the local community get through Mace better, “but dissuade some of the regional cut through traffic that’s using Mace as a bypass for 80.”

He presented three primary improvement strategies.  The first is new traffic signals along the corridor that can “help meter some of the traffic that’s coming from the south and create gaps in that traffic,” and “it can help control the flow so you can monitor the flow in a progression through some of the intersections.”

The second improvement is “adding lanes back to the roadway that were previously taken away.”

That drew a hearty applause.

He pointed out that this will “allow some of the local traffic to bypass the queue to be able to get around some of the traffic.”  He warned that by creating additional capacity, “it could induce people to leave 80 at Dixon and drive into this community.”

He warned that could mean, instead of 200 cars, there could be 400 cars because I-80 hasn’t gotten better yet and there is additional capacity on this road.

Finally he suggested adding ramp meters to the HOV (high occupancy vehicle) bypass lane at the freeway on-ramp.  Right now he said half of the cars jump over to the HOV lane to bypass the traffic signal because they’ve been sitting on Mace for 35 minutes and calculate it is unlikely they will be caught and ticketed.

CalTrans estimates that by doing that they could save one to three minutes on I-80, thereby reducing the amount of time lost by staying on the freeway.

After the Fehr & Peers presentation, they took a number of questions from the public – some devolved into comments and finger-pointing. Darren Smith got up there and said, “This a public safety disaster.”  He said, “I have spoken with the people at the fire department, they cannot get out of their fire stations, get to your neighborhood.

“How do you take a bad situation and make it worse?” he asked, before Chief Pytel calmly took the mic from him.

Another person said, “We’ve all recommended as citizens of south Davis to turn it back to the way it was.”

One person asked, “My understanding is that one thing that prompted this project was an attempt to encourage more kids to ride bicycles to school – do we know if that’s been achieved?”

A city official said that they counted 105 kids riding their bikes to school in one hour through the intersection of Mace and Cowell.

In addition, the city has data from Pioneer Elementary that shows bike ridership up from 17 percent last year to 34 percent this year.

A parent of kids at Pioneer spoke.

“I live on the other side of Mace and for the first time since my kids have been at Pioneer I finally feel that they can safely ride their bikes to school,” she said, citing three reasons.  A protected bike lane.  There is no longer a free right turn.  “Three, all those bright red lights at San Marino make me feel safe enough for them to cross Mace there.”

Councilmember Lucas Frerichs pointed out that we have 160,000 people coming across the Causeway from Sacramento each day.  That number is only going to get worse.

“Many agencies are working on a variety of solutions for this,” he said.  “It’s not a one-size-fits-all approach.  It’s not going to sadly be overnight when we need it.”

There will be, he said, an open house by CalTrans, “to show what they’re actually doing to increase the capacity of 80 because we all know the issues that are associated with the gridlock.”

In the meantime, staff and consultants will continue looking at removing vertical curbs and replacing them with mountable curbs to improve emergency vehicle access, the intersection design at Mace and Cowell, and the signal improvements at Mace and San Marino, as well as bikeway improvements along the entire corridor.

There is a council meeting scheduled for mid-November where recommendations may go forward. 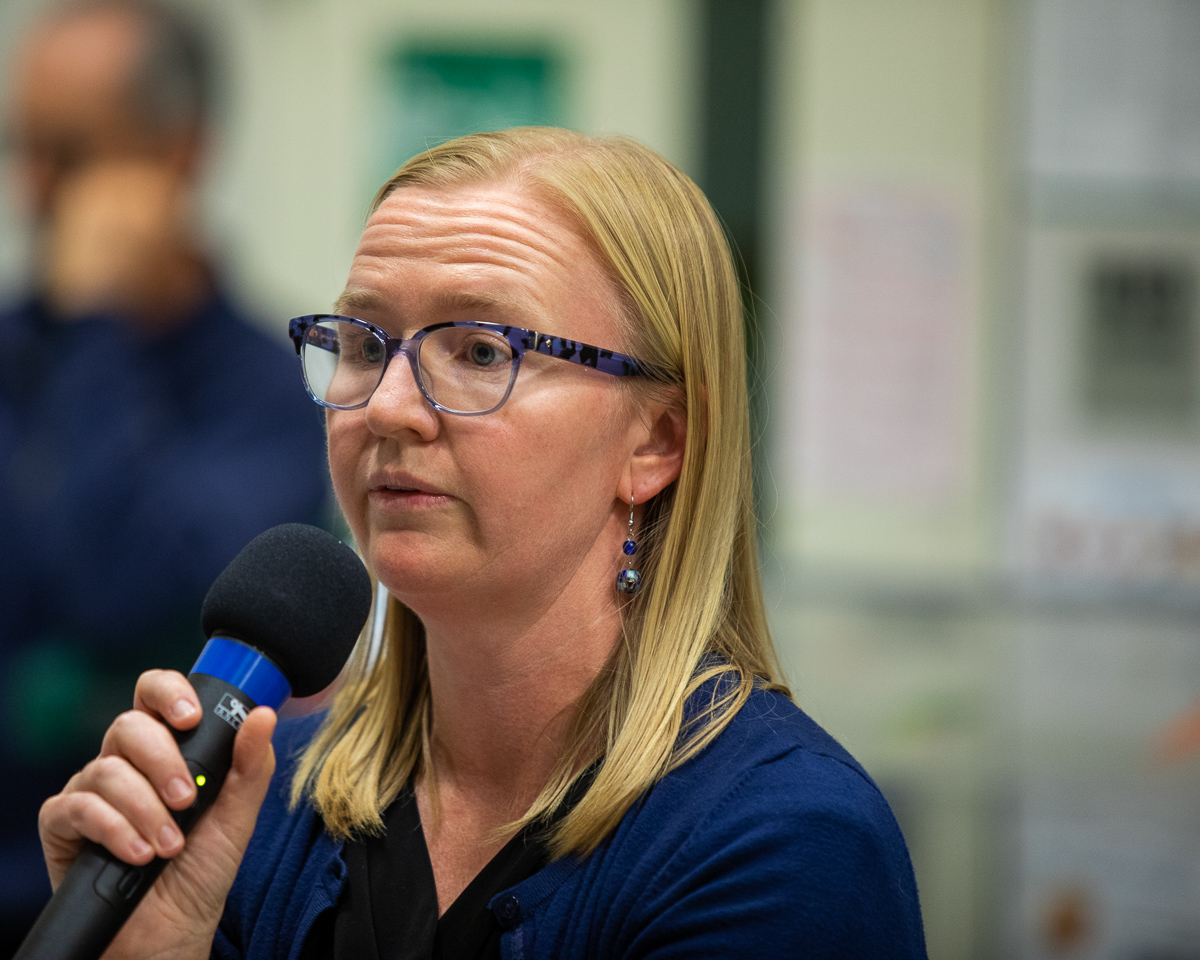 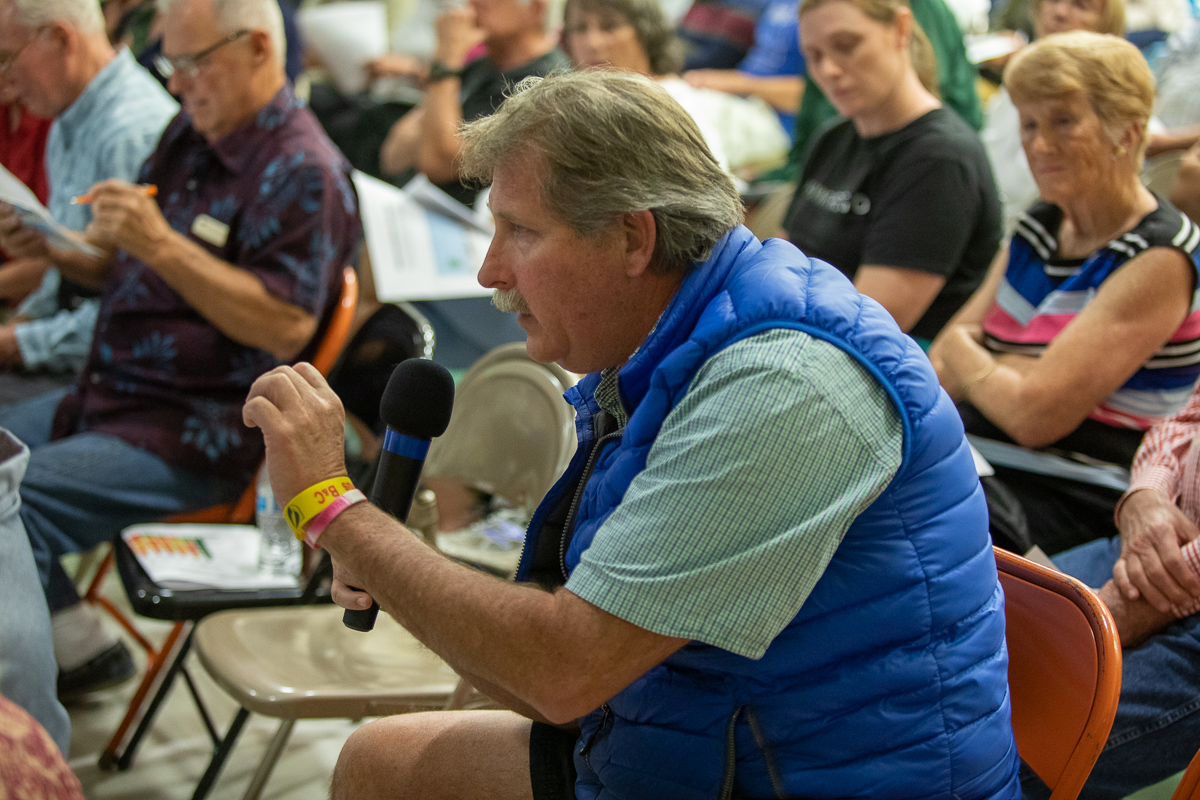 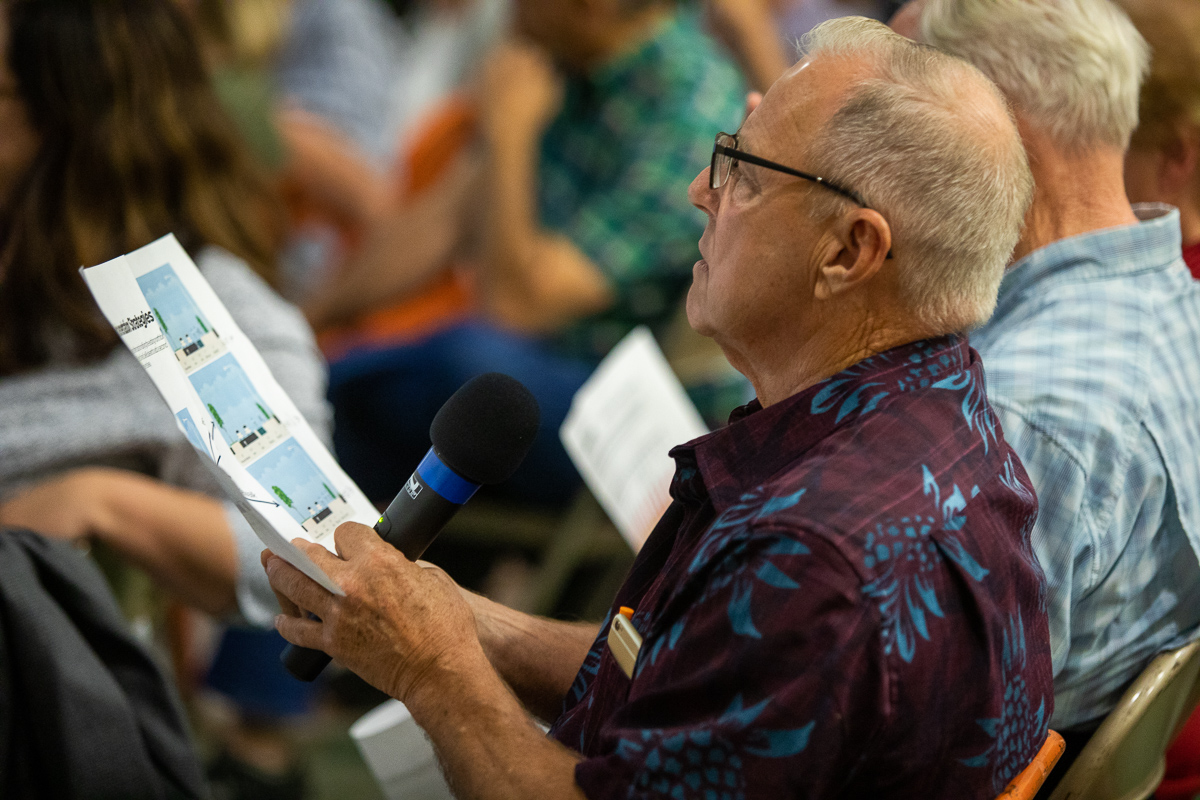 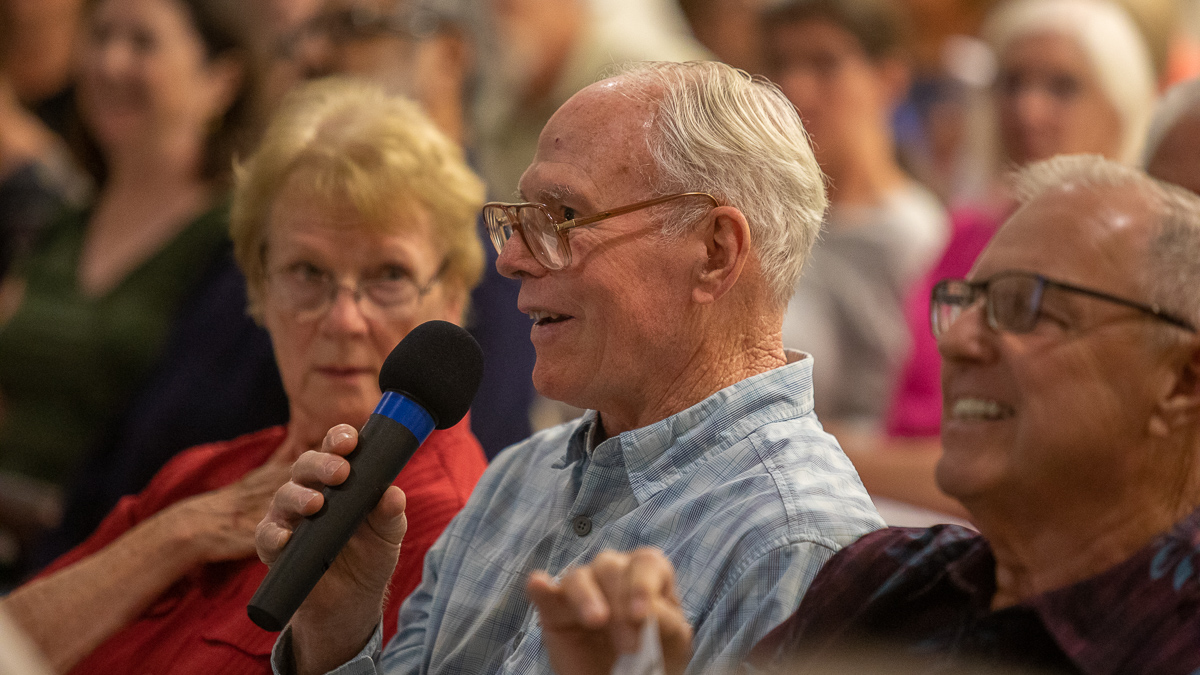 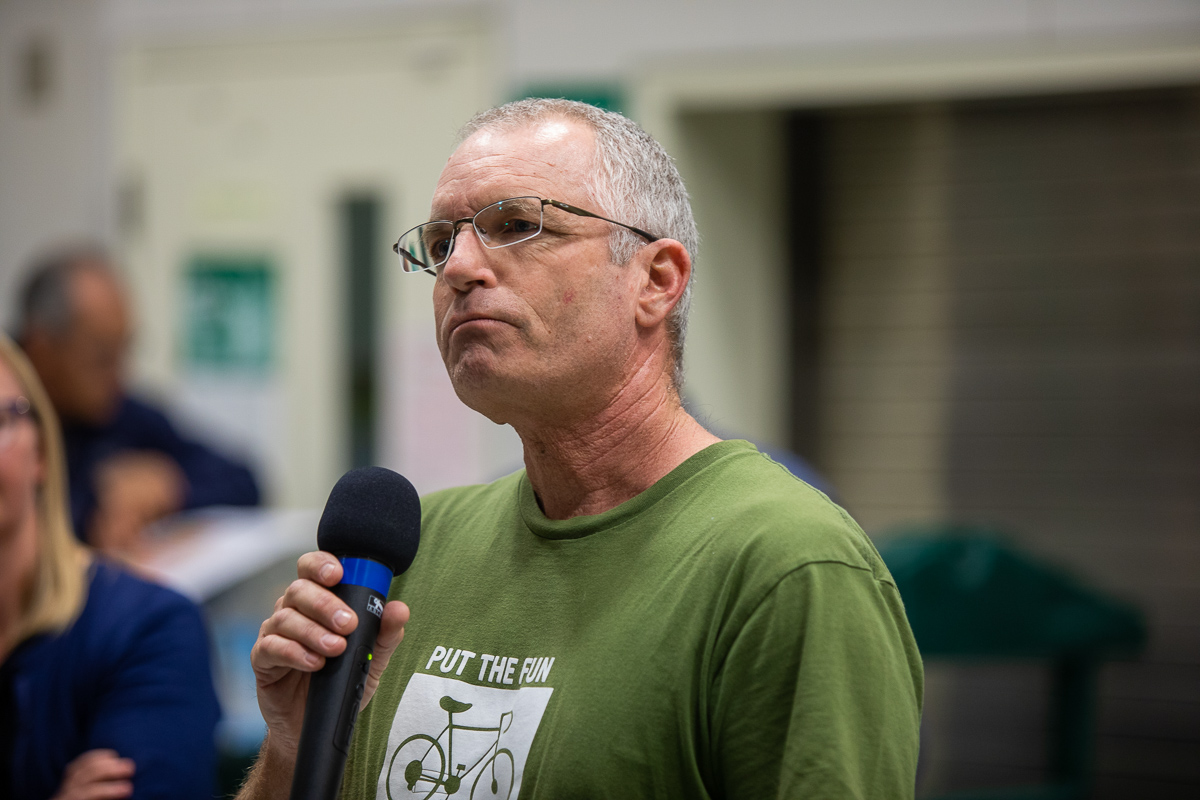 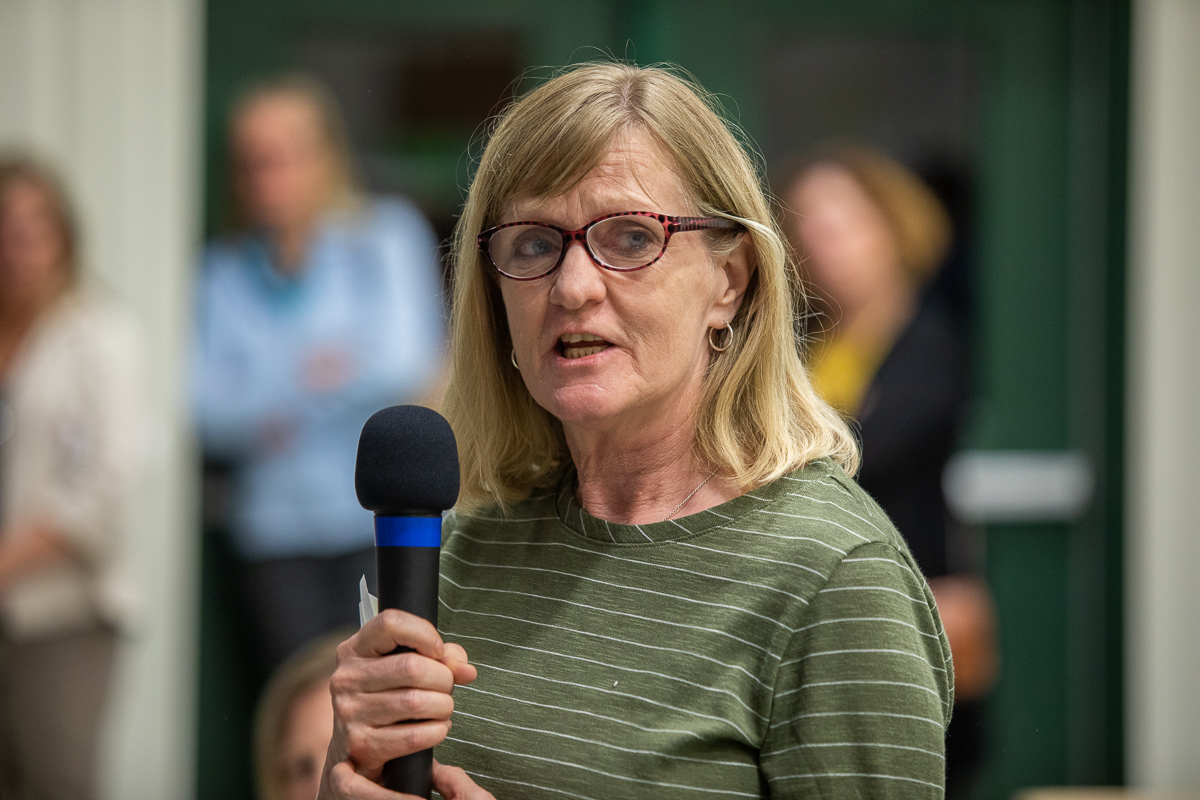 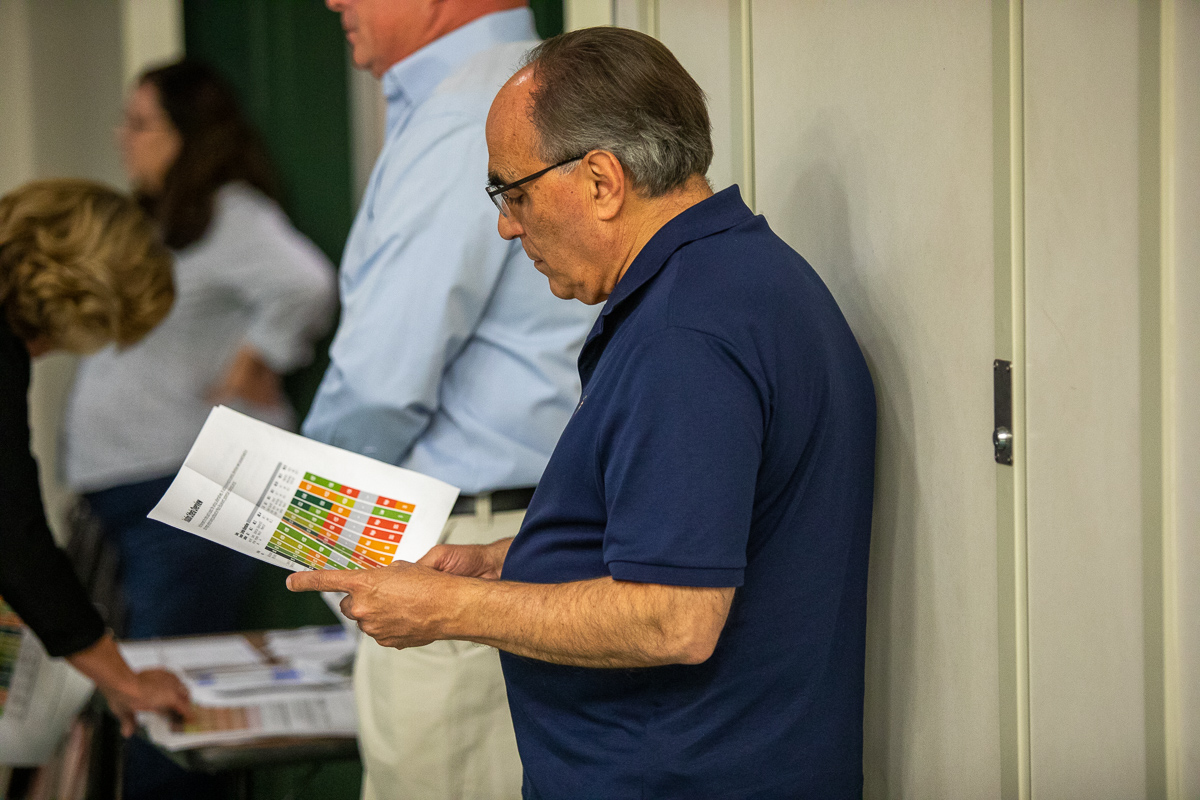