On Tuesday will be the fourth public hearing for the city’s districting process.  They will receive further input on proposed district maps, select the final district map and introduce an ordinance to transition to district elections.

The council could have further limited the scope when Mayor Brett Lee asked each council member for their preference of five or seven districts – but while Will Arnold and Dan Carson prefer five, Gloria Partida and Lucas Frerichs prefer seven, and Mayor Lee, for reasons unspecified, declined to break the tie.

As a result there are ten additional district maps presented this week – four that are five districts and six that are seven districts. 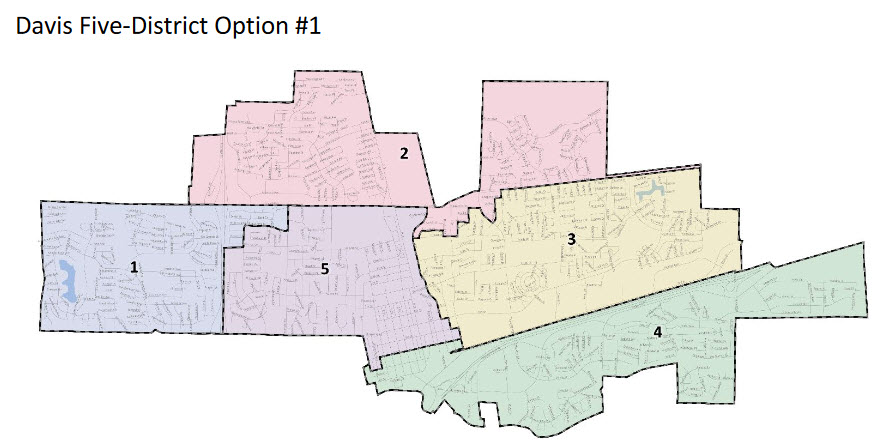 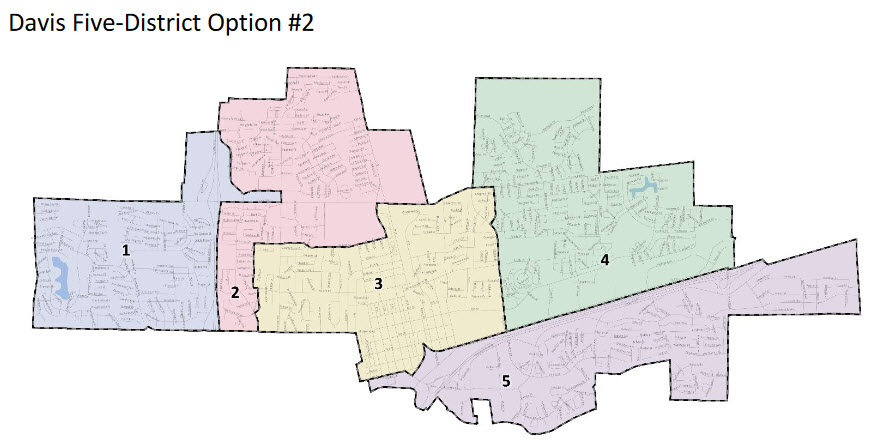 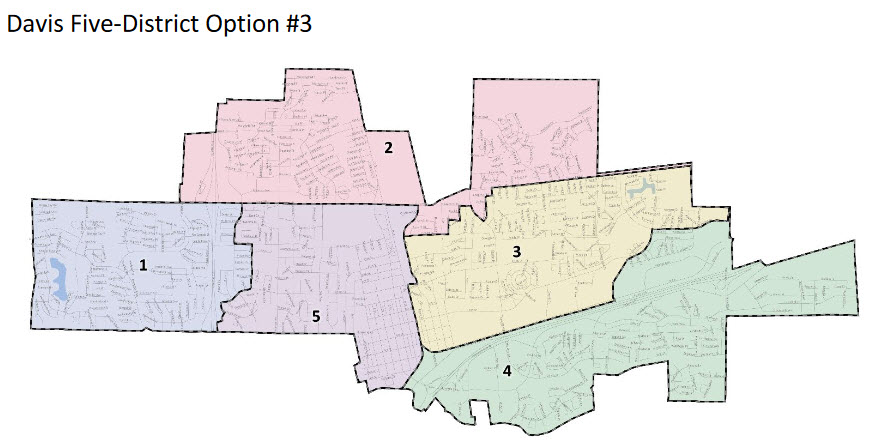 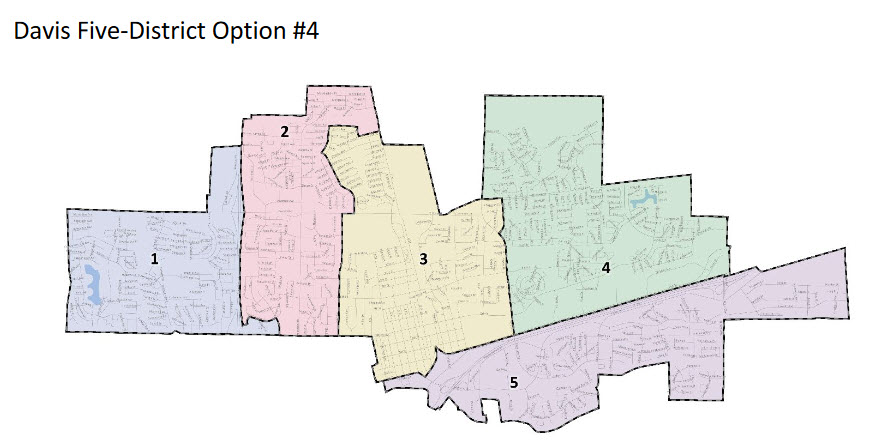 Councilmember Arnold indicated that he prefers the 5-2 map for the district – the second five-member district map.  He said that he was not initially in favor of moving to seven-member districts, but sees some advantages there.

Mayor Pro Tem Gloria Partida said, “I am leaning towards a seven district map,” but cautioned that having seven members “is going to make it more difficult” to run meetings.

Councilmember Lucas Frerichs is probably the strongest supporter of the seven-member districts.

“I still remain interested or supportive of the potential of seven districts,” he said.  “Lowering the barriers to entry, smaller geographic areas, lower population, so therefore it’s conceivably less expensive to run for election as a opposed to a citywide election.”

He does have some concerns about tribalism that might form, but thinks “some of that exists today without districts.

“We have the ability to do what’s best for the city,” he said.

On the other hand, Dan Carson remains the most outspoken for five.

“I’m going to make my pitch for five districts,” he said.

He noted that he believes going to seven will bring about $100,000 in additional costs.

“These meetings run long,” he warned.  “Having seven of us will run longer, folks.

“I love working with my colleagues,” he said.  “As the issues get tougher, the harder we work to compromise.”

He said, “I am nervous that going to seven changes that dynamic.

He is concerned that there is a natural tendency they will start to divide up into factions.

Brett Lee, while not committing to five or seven, did note, “Humankind can probably figure out how to run a meeting with seven people.”