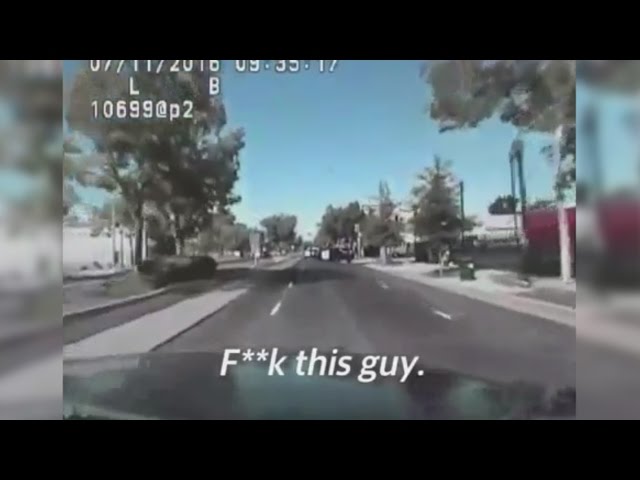 SACRAMENTO – Bad cops may not face criminal charges often, if at all in Sacramento.

And they usually receive no or light discipline for use of excessive force – even when they kill civilians, including unarmed ones like Stephon Clark in 2018. That spawned street protests, a freeway shutdown and other disruptions for year.

The responsible city police officers were cleared and are back on their beats.

But a surprising number of these “bad cops” tend to fade away, encouraged to retire early, or just move on. A very tiny number are even fired. And they too fade away. So, there are small consequences, other than putting officers on trial for their actions.

And then there is Sacramento Police Dept. officer John Tennis, who fatally shot to death Joseph Mann in 2016, and was fired in 2017.

But Monday, Superior Court records show he has now filed a lawsuit against the city of Sacramento, charging he was wrongfully let go and demanding for his old job back.

He was fired a little more than a year after he and partner Randy Lozoya – who has retired – chased an erratic Mann down in their patrol car in North Sacramento and killed him with a volley of shots, more than a dozen of which struck Mann and killed him. Mann was said to have had a 3-inch knife on him.

Tennis tried to run down Mann, a mentally ill Black man, not once but twice. Audio caught him saying he was going to hit Mann, and audio catches Lozoya encouraging Tennis to do it.

In fact, Tennis is no choir boy. And that may have led to his dismissal.

City records show Tennis apparently used his police car as a deadly weapon at least twice, and violated other Sacramento City standards during the “assassination” of Mann, as charged by Black Lives Matter and other social justice activists. He’s also been suspended several times for being drunk and using excessive force.

And on top of that, Tennis has killed before. Maybe Mann’s death was the final straw for the city of Sacramento.

Tennis – in 1997, more than 20 years ago – choked out Albert Glenn Thiel, according to news reports. Even the coroner said death was a homicide, and that Thiel was killed by pressure on his throat. The city paid $719,000 to Mann’s family in 2017.

Tennis was also involved in another incident. The city paid $10,000 in that lawsuit.
Now, Tennis is also suing the city of Sacramento. For his job.