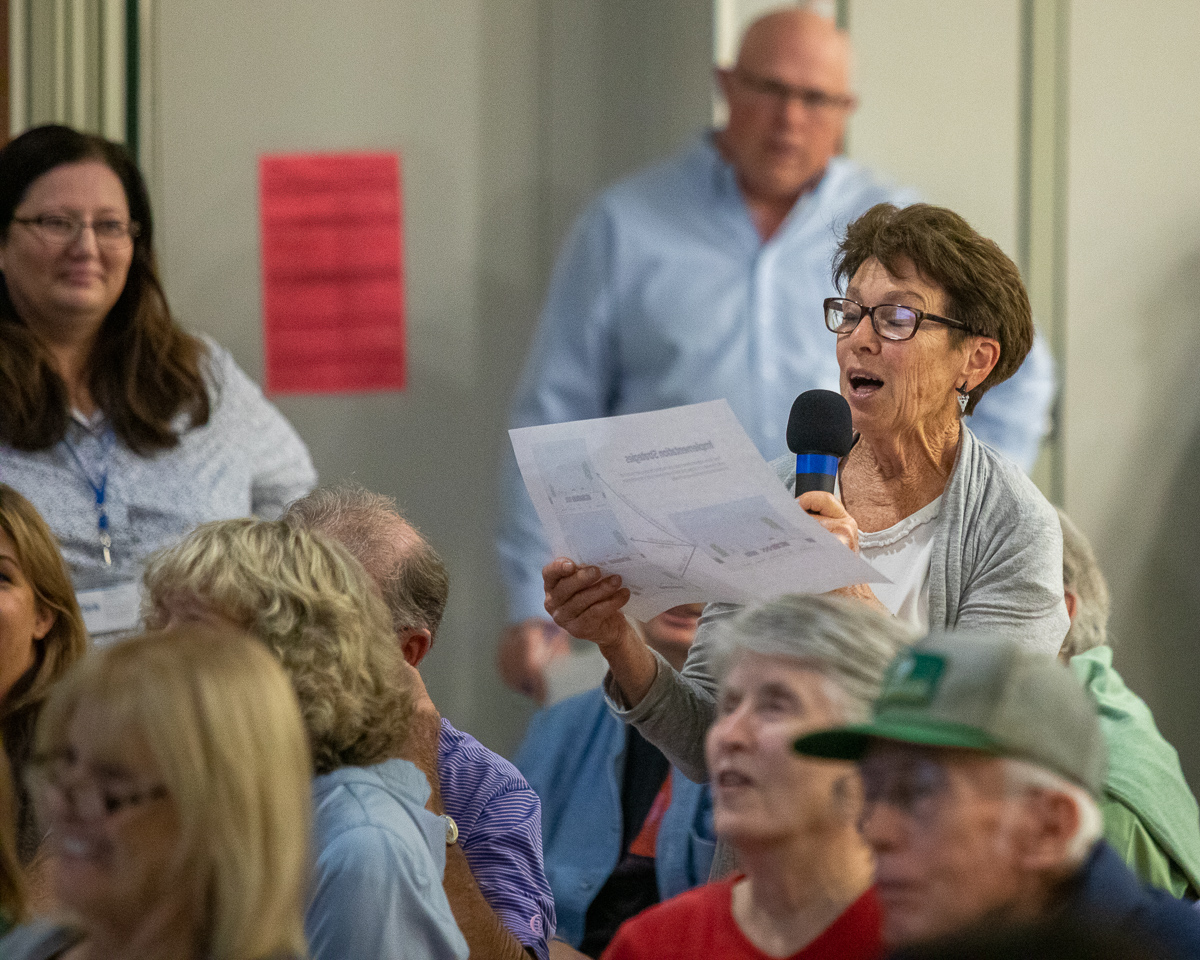 There was a large showing on Thursday night on the issue of Mace Boulevard  But city officials should be cautious about overreacting to that group’s message.

Why?  The demographic in that room was heavily skewed toward people who wanted vehicular solutions.  You had whole swaths of the South Davis community fundamentally either not represented at all or under-represented.

The result was that the crowd wanted to hear one solution and one solution only – the road would go back to the way it was.  As I will explain shortly – even if they get that, it will not fix the problem.

There are likely dozens of reasons for the demographic shift – one is that most parents with small children have other commitments, but the other is that this group is intimidating.  When staff mentioned that they counted 105 kids riding their bikes to school in one hour through the intersection of Mace and Cowell, the response was to shout down or boo.

Who is going to speak out under those conditions?

The lesser-told story of the Mace redesign is that parents with children are now much more likely to allow their kids to bike to Pioneer.

We have data to back that up.  The city has data from Pioneer Elementary that shows bike ridership up from 17 percent last year to 34 percent this year.  That’s significant – doubling the number in just a year.

Anecdotally, I have noticed the difference. As I drive from Angela to Mace on Cowell from my home in South Davis, I see far more children on bikes than in the previous seven years, perhaps

As a parent of Pioneer kids pointed out, they now feel safe allowing their kids to bike to Mace.

“I live on the other side of Mace and for the first time since my kids have been at Pioneer I finally feel that they can safely ride their bikes to school,” she said, citing three reasons. A protected bike lane. There is no longer a free right turn. “Three, all those bright red lights at San Marino make me feel safe enough from them to cross Mace there.”

Leaving aside the success of the redesign in terms of that goal, there is no doubt that there are problems on Mace.

Last week I drove through Cowell at 4 pm and it took half an hour to get from Target to Montgomery Elementary to my house off of Cowell east of Mace.  By contrast, yesterday at the same time, the roads were basically free flowing, other than Mace itself, and I did the same trip in less than ten minutes.

What triggered the problem last week was a collision on I-80, Darren Pytel explained.  The traffic is such that any problem creates a cascading failure.

Before the meeting, I was chatting with one of the folks there.  Half of an elderly couple, he asked my opinion but clearly didn’t buy what I had to say.  His point to me: if it wasn’t the redesign, why did the problem start showing up when the road was redesigned?

The problem, as I will argue, is that it is not *only* the redesign.  And simply putting the road back the way it was is really not going to fix most of the problems.

There are several clues to the fact that the problem is not simply the redesign.  The first is that you have the same problem on the north end of Mace, which is completely unaffected by the redesign.  The second problem that people forget is that there were similar problems on Mace in the winter of 2017 before any redesign occurred.

This starts out of a math problem.  The data is that at peak there are about 500 to 600 vehicles going from Montgomery to I-80.  About 200 of those are being re-routed from I-80 via Tremont by an app.  It doesn’t take a traffic engineer to realize that when you increase the vehicle flow from 300 to 400 to 500 to 600, you are going to create problems.

No matter what we do locally, those numbers are not going to go away.

What the city wants to figure out is a way to, as Fehr & Peers consultant Adrian Engel explained, “allow some of the local traffic to bypass the queue to be able to get around some of the traffic.”

He warned that by creating additional capacity, “it could induce people to leave 80 at Dixon and drive into this community.”

He warned that could mean, instead of 200 cars, there could be 400 cars because I-80 hasn’t gotten better yet and there is additional capacity on this road.

There is the problem in a nutshell – it goes back to I-80.  There appear to be two problems on I-80 at Davis.  The first is that it is poorly designed, creating a huge bottleneck at UC Davis where it goes from six lanes down to three.  The second is that lack of capacity at the causeway is creating back up.

The result is that the reroute of going Tremont to Mace saves the driver about ten minutes.

Until we can fix I-80, it is always going to be a problem.

The traffic engineers suggest three fixes for this.  First, new traffic signals that can “help meter some of the traffic that’s coming from the south and create gaps in that traffic,” and “it can help control the flow so you can monitor the flow in a progression through some of the intersections.”

He believes that additional signals can help without having to create capacity.

The second issue is that they can add lanes back to the roadway that were taken away.  That’s clearly the solution that this audience wanted to hear, but unless they can create a way to separate local traffic from I-80 bound traffic, more capacity simply means more by-pass traffic.

Finally, he suggested adding ramp meters to the HOV (high occupancy vehicle) bypass lane at the freeway on-ramp.  Right now he said half of the cars jump over to the HOV lane to bypass the traffic signal because they’ve been sitting on Mace for 35 minutes and calculate it is unlikely they will be caught and ticketed.

The problem here really is not Mace.  The problem here is the added 200 cars an hour (which is probably a low figure) during peak hours, trying to bypass the freeway.  Thus we can try to improve the engineering and design on Mace, but in the end, it will only do so much.