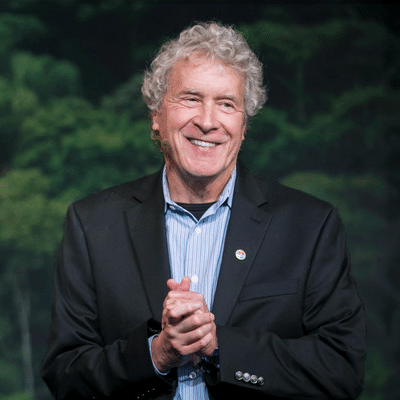 People-First Economy Online Summit (https://peoplefirsteconomyonlinesummit.com). The final – Day 10!  It was an exciting run of sharing.  It contains the talk from the iconic John Perkins – founder of Pachamama Alliance.

John Perkins was an economic hit man in the 80’s and 90’s and his interview by David Marshall, CEO of Berrett-Koehler (sponsor of the People-First Online Economic Summit) covers, American corporatocracy, hit men, indigenous salvation, B Corporations, and China’s inevitable rise to premier economic super power

To get where we need to go it helps to remember where we have been and John Perkins is an elder that many millennials and other youth should strive to hear from first hand.  The stories, are personal and likely hard to corroborate, but these are authentic, real life experiences.  The corruption, the evolution, the accomplishments from unlikely regions of the world – all lead to the

John’s description of American kleptocracy, shrouded in the World Bank and the IMF, is classically damming.  Many who share John’s understanding, have had that understanding for decades. Yet exploitation of South American and African, by western democracies, appears to have changed very little from the time John witnessed the elimination of two of his clients “Jaime Roldos Aguilera (democratically elected president of Ecuador) and Oma Torrijos of Panama, “assassinated because they did not play the game.”

John talks about hope coming from several places, but the idea that China will move to “first most greenest nations’ status” is intriguing.  John’s supposition is based on Shanghai MBA students and visits to Kazakhstan, Russia and Keto Ecuador.  “They (the Chinese) understand pollution, they have suffered terribly from pollution. Rather than seeing them as the enemy, we should try very hard to embrace the idea that they are taking over.”

Reflecting on recent US corporate overtures to cut carbon and social inequity David Marshall frames his last question to John, “Or is it something they believe and will actually show action for. That is, right in our times, right now; and it’s a perfect time to ask ourselves, do we see a turning right now, especially at the top… or is this more of the same?”

And John – still the economist – answers, “you and I, and everyone out there, as consumers, as stockholders, as employees, we need to keep letting corporations know that we want them to turnaround.”

Michael and Day 5 speaker, Charles Vogl (“Creating Belonging Culture in Your Organization”) have similar takes on the components of trust building that result in multiples of increased performance.

Michael is the new leader for “Great Places to Work” which has a franchise with the Fortune publishing company to produce the annual worldwide survey “Fortune 100 Best Companies to Work For.” He points out that currently 17% of all workers are independent contractors and that figure will go up to 50% in 10 years only adds to the urgency of connecting with all workers, contract or otherwise, to expect extraordinary results.

“Great Places to Work” survey tells us that leaders/companies need to provide emotional, psychological and physical safety…for all workers, “This is the strongest metric we have found to predict earnings growth.”  Companies where all workers see that values are consistent with actions and where leaders exhibit respect, credibility, and fairness; those companies perform at 4X other companies.

Michael makes the connection with sustained performance and purpose.  Without a sense of purpose leaders can’t create exceptional work environments for their workers.

“Good leaders want to “maximize the human potential of everyone. They will do it because the organization’s purpose is worth improving.  Leaders will not change because they are held accountable to change – they can’t sustain it.  There has to be something else like purpose that changes a person’s behavior.”

Pause for a moment, there is no one denomination of “purpose.” The People-First Online Economic Summit is about finding purpose in building long-term, regenerative, abundant and inclusive businesses.  The alignment between People-First and “Great Places to Work” bottom line may or may not be essentially linked.  We are left to test this assertion. Michael’s bonus: “Innovation By All.”

“When I get a proposal, maybe I’m hiring a designer or a copywriter and I can tell that they have undervalued their work, the first thing I do is send back the proposal with a note – you need to revise your proposal and increase your prices.”

The Richmond Virginia based business mega-tutor, Racheal Cook is on a mission to eradicate entrepreneurial poverty for women business owners.  “I want to see more women millionaires.”  Her enthusiasm is part of her product that has reached a core customer group of white women entrepreneurs. Rachael knows her product skews white and she is all-in on intentionally broadening her message, clientele, access and hired services to be more racially diverse.

As a reader, I’m curious about Racheal’s “Promote Yourself to CEO” content and want to know how it compares to the classic self-help genre’s of assertiveness-training, time management and you-to-can-be-rich media.  In her People-First interview, Racheal describes herself a business woman who can have it all and that the sooner more women run businesses the better off we will all be.

Women are leaving the corporate talent pool in droves. It’s 2019, “70% of women leave their jobs because of workplace discrimination and the corporate glass ceiling.  84% of the women left because it they felt it would be easier to be on their own as a working mothers,  63% of women feel they are going to get further in their career, faster, on their own.”

Longer and more comprehensive parental leave is just one of the several adjustments corporations need to make. “So somehow the rest of the world has figured this out.”  Racheal is not waiting for American corporate offices to figure this out and she has a healthy business helping women owned businesses make it work.  Rachael is confident that society is in the process of redefining success and making space for all women – like it or not. Racheal’s bonus: “The CEO Planner.”

Share:
Previous : Domestic Abuse or Child Custody Battle?
Next : Monday Morning Thoughts: Dunning is Not Being Helpful on District Elections