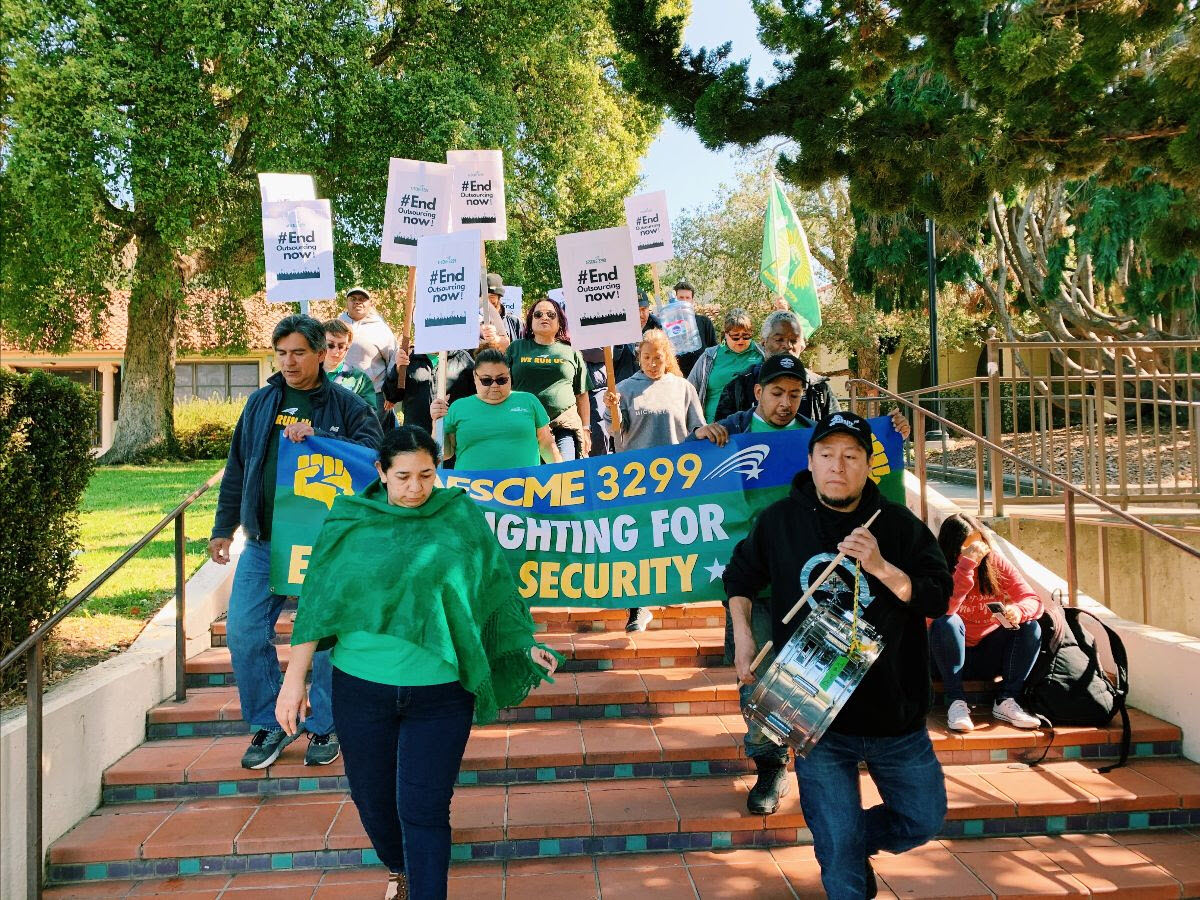 “These complaints detail UC’s continuing systematic and often secretive efforts to replace its own employees with lower wage contractors,” said AFSCME 3299 President Kathryn Lybarger.  “What is so troubling about UC’s continuing illegal conduct is that it’s becoming even more prevalent.  It’s past time for UC to change course and treat all of their workers with the respect and security we deserve.”

Among other things, the new complaints allege that UC has:

Refused to fill vacant staff positions to maintain and repair medical equipment in UC facilities in order to outsource the work to private vendors. Recent research has found that the workers most adversely affected by UC’s outsourcing practices are disproportionately black women and other people of color.  As direct employees these workers’ starting UC wages are as much as 23% less than white men doing similar jobs.  Yet as outsourced workers, they are paid as much as 53%less than regular UC employees.  Research has also shown that African Americans at UC face a higher risk of involuntary job displacement, and their share of UC’s directly employed service and patient care workforce dropped by 37% between 1996 and 2015.

AFSCME is not the only organization to call attention to the University’s outsourcing practices, nor the abuses highlighted by today’s complaints.   A 2017 State Audit flagged the University’s practice of extending or renewing contracts without competitive bidding and failing to follow its own policies for displacing employees in favor of contractors.  In response to that report, UC President Janet Napolitano wrote to the State Auditor promising to “shore up procedures.”

Additionally, prior internal UC audits and media reports had revealed the University’s failure to enforce its own minimum wage policy for outside contractors, its demands that contract workers accept arbitrary wage cuts, and well publicized incidents involving UC contractors who paid workers under multiple names in order to skirt overtime rules and other basic labor standards.

“The outsourcing abuses outlined in today’s ULPs are the latest in an all too familiar pattern of secrecy and illegal subversion of the collective bargaining process,” Lybarger added.  “Neither our members or state leaders should accept such lawlessness and blatant dishonesty from the state’s third largest employer and premier public university.”

In addition to filing ULP complaints, AFSCME 3299 has referred the matter to its ULP Committee.  The ULP Committee has authority to determine next steps, which could include calling for a strike.