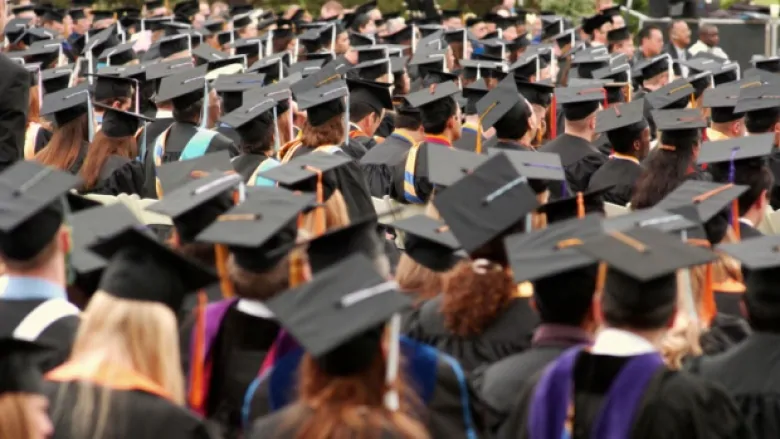 The Davis section of the UC Coalition for Student Debt Cancellation hosted a town hall on student debt, inviting speakers to talk about their experiences with student debt and open a discussion on possible legislative and political solutions, such as the Student Debt Cancellation Act which proposes forgiving eligible Federal and private student loans.

According to Forbes, student debt is an issue that affects 44.7 million people in the United States and is considered the second biggest source of consumer debt in the country. The amount of debt owed totals to $1.5 trillion. Shreya Deshpande, Vice President of the Associated Students, UC Davis (ASUCD) noted the increase in tuition and student debt to the town hall and shared the importance of students sharing their experiences with debt.

Morganne Blais-McPherson followed Deshpande’s opening by noting the importance of canceling all student debt rather than a portion. Blais-McPherson is a UC Davis graduate student, member of Young Democratic Socialists of America (YDSA), and a head steward of UAW 2865 (a union representing teaching assistants, readers, and tutors, and graduate student instructors across UC). Blais-McPherson laid out that 48% of UC Davis students will graduate with debt, with the average student having an accumulated debt of $18,575.

“Is it freedom to not choose a family because of student debt?” Blais-McPherson stated.
“I don’t think so.”

She outlined that student debt can lead to losing one’s professional license, living far away from family, and can be near impossible to file bankruptcy for. Blais-McPherson argued that student debt should not be blamed on the students for wanting a degree but on those that demand “absurd amounts” for students to get their degree, especially if women and people of color were the ones most commonly to take out debt. She questioned where the university’s fund went if the teacher assistant budget consisted only of 1% of the budget and teachers were being given more administrative tasks.

In referring to the continued renovations of the University, she claimed that the university “waxes poetics about diversity” when in reality “accessibility is not their priority.”

“We don’t need a portion of student debt gone,” Blais-McPherson said. “We need all of it gone.”

Blais-McPherson shared that Congresswoman Ilhan Omar had approached YDSA and requested their support the Student Debt Cancellation Act, a bill the representative was supporting. The support of the Student Debt Cancellation Act in UC Davis, Blais-McPherson explained, would be a foundation for other UCs to also back the bill. She shared that Deshpande would propose the resolution at the Senate and would appreciate more members of the audience to be present at it.

“I am a UC Graduate, a UC lecturer, and I am likely going to die in debt,” Rodger stated.

She shared how she valued labor and education but “complicity in the system is keeping people impoverished.” After receiving a bachelor’s degree in UC San Diego and a Ph.D. in UC Davis, she is $15,000 in more debt than before. Rodger does not believe she will ever be out of debt, even while she is still paying.

She notes she was not irresponsible with her loans, but rather could only get her degrees through her loans. Rodger states some individuals, “assume wrongly [that] there are more responsible ways to go to college.”

Even in considering the Public Service Loan Forgiveness Program, which allows workers employed at government or not-for-profit organizations to receive loan forgiveness, Rodger and her husband panicked upon hearing out of the first 900 applicants, only 9 people had their applications approved.

Rodger currently has auto-payments for her student loans but every year the monthly amount is increased since it is based on her income.

Dillan Horton, UC Davis graduate and candidate for the Davis City Council, reiterated the high cost of attendance at UC Davis and how that affected accessibility for students. The housing crisis and economic development, issues that he’s focused on, are inexplicably linked to student debt. He claims even the Federal Pell Grant doesn’t support the cost of living.

Horton argued that student life and adult life are being distanced from each other in Davis, with students forced to leave because of the lacking job market. He notes there is a “web of problems including support that should be there.”

Thomas Gokey, an organizer with the Debt Collective, also shared why debt is increasing. Gokey reiterated the cost of living has been skyrocketing and the average pay is lower than what a student needs to pay for student debt. Student debt, he explained, develops from increasing tuition. This increase stems from the state cutting appropriations for education.

He explained that the UC system is funded by bonds through Wall Street and high tuition costs were collateral for these bonds.

“The line between for-profit, non-profit, and public has become blurred and they are now just terms of degrees,” Gokey stated.

Gokey encouraged students to organize a “debt strike” where students could strike simply by not paying student debt – if students had deferment loans and did not pay while in school, if individuals had $0 payments for loans because of their income, or if individuals were in default, these could be taken as signs as a debt strike.

Gokey also explained the #CollegeforAll movement, stating its goal to make public universities completely free. He claimed that canceling all student debt was possible as only the Secretary of Education can waive it without Congressional approval. Gokey also stated that while the act resolved current loans, future legislation would have to be outlined to prevent such issues in the future.

Courtney Pollard, a UC Davis graduate student and another head steward of UAW 2865, had attended her second-choice school which offered a scholarship, only took loans for tuition, applied to multiple scholarships, and worked while in school. However, she still had $40,000 in loan debt and, after her Ph.D., will be $52,000 in debt, shaping her timeline to start a family and being a major obstacle in a student’s main duty of getting an education.

Cassie Allard, a UCD undergraduate student in Neurobiology, Physiology and Behavior and a member of Alpha Delta Pi sorority, shared how “debilitating” student debt makes her future seem. As an overseas student in the United States and without financial aid, she is currently $224,000 in debt and expects that to double when she goes to medical school.

David Moore, a UC Davis undergraduate student, a US Air Force veteran, and a treasurer of YDSA at UC Davis, had joined the military as he saw his debt accruing. He stated he was fortunate but believed that college didn’t need to be behind a paywall.

In public comments, audience members also shared their experiences with student debt. Michel Dauber shared her father still stressed out about student debt, coming from a poor background and gaining a successful career as a prosecutor in San Bernadino. He made it his life’s goal to make sure Dauber didn’t have that experience and she is thankful for that.

Deshpande thanked everyone for coming and shared that there would be a Garamendi Town Hall on October 14 at 3 pm at the Veteran’s Memorial Center. The ASUCD Vice President also stated they would introducing the resolution for canceling student debt to ASUCD next Thursday, Oct. 17, and the resolution would be put to a vote on Oct. 24. Deshpande encouraged individuals to attend.

Share:
Tags:ASUCDStudent Debt CrisisUC Davis
Previous : Analysis: Was Wrongfully Convicted Fashion Designer a Victim of Racial Prejudice on the Part of Prosecutor?
Next : Council Narrows the Focus on Districts, Split on 5 Versus 7