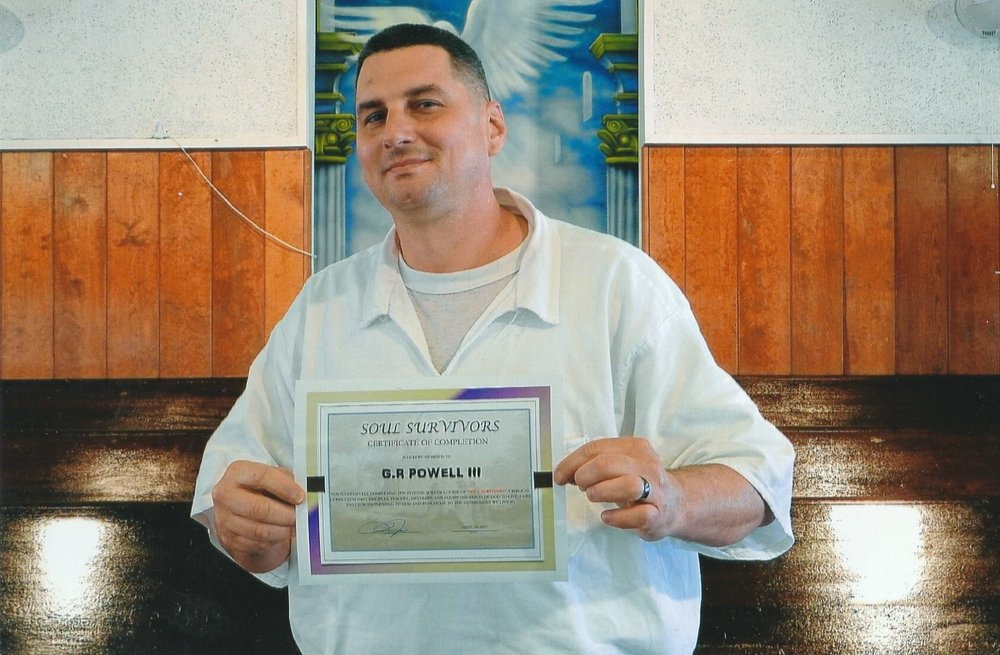 From 2003 to 2008, George Powell III had been living in a town which had a large soldier presence and working on music. He appreciated the soldier population there but found the Killeen police mistreated soldiers. He notes one instance where soldiers would be playing his music too loud and they got pulled over and ticketed by the police officers. He wrote a song where he thanked soldiers but addressed the harassment the police gave to him (https://www.justiceforgeorgepowell.com/thank-you-soldiers). The Netflix Original Exhibit A also notes that he acted aggressively toward police officers and they could identify him.

In 2013, there were a series of armed robberies at convenience stores in Killeen, Texas. There was video evidence from many of the stores and this evidence was released by Crime Stoppers to the public with the promise of $1000 for people who could provide information. The hotel keeper of the place George was staying at reported George to Crime Stoppers.

While the face may be similar, the height difference was a major player. All of the witnesses testified the armed man was 5’6” to 5’8” but George was 6’3”. Video evidence also appeared to corroborate the same thing until Michael Knox, who runs a forensic consulting firm, did a 3D animation where the person in the video appeared to be 6’1” at a certain angle (where the man in the video was tilted). Police are also reported to have been singling George out in particular in photo lineups, according to one convenience store worker in the Exhibit A article.

The use of forensics convinced the jurors enough to convict him and he’s been serving 11 out of 28 years.

A pen pal of George read about his case independent of him and ended up calling the forensic science division in Texas about the video. They learned that the evidence Knox had created had been done on a program he was not trained in – additionally there were other clearer images where the man in the video was standing straight, which Knox should have compared George to instead. Grant, one of the individuals from a forensics team in Texas, had done a 3D scan of George and compared this to still images from the video, showing that the man who had done the crime and George were two completely different people.

Knox’s inexperienced model can be fought under Texas’s Junk Science Law, also known as SB 344, which has a writ of habeas corpus filed if facts at the time of his or her application show:

George is currently being represented by the Innocence Project of Texas with his attorneys Mike Ware and Walter Reaves, Jr.

Despite being released on bond, Mr. Powell still faces a potential life sentence as they look to retry him.

Despite being released, he has had trouble finding work, and a GoFundMe has been set up to help him pay bills.

You can donate to his GoFundMe: https://www.gofundme.com/f/Georgehome

Share:
Tags:Everyday InjusticeInnocence ProjectpodcastWrongful Convictions
Previous : Murder or Self-Defense: Judge Holds Defendant to Answer for Murder Despite Evidence of Self-Defense
Next : Anti-Vaccination Activist Prevails in Court v. Senator, but Gets Charged in Another Case