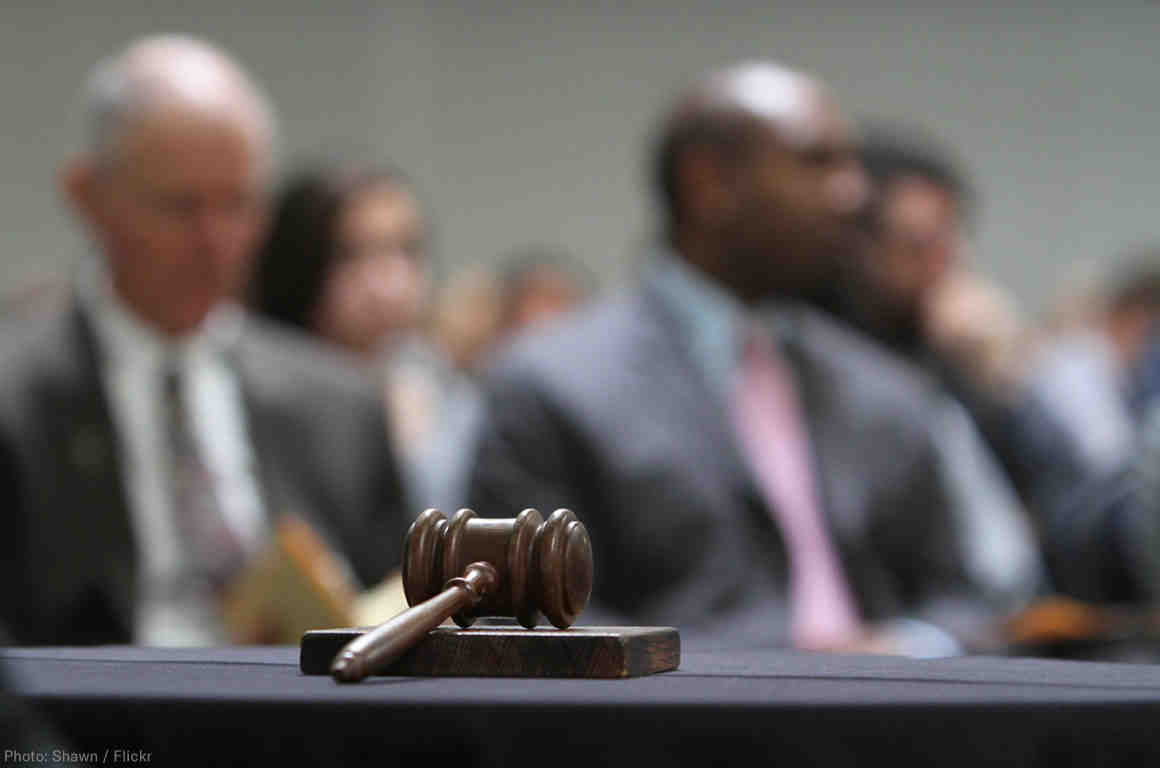 Fifteen years ago, people arrested and charged in Hampden County, Massachusetts, but unable to afford representation, were jailed pretrial with no lawyers to represent them. The cause was a steady shortage of “bar advocates” (private attorneys assigned cases and paid an hourly rate) willing to take these cases, due to low rates of compensation.

In a 2004 case, Lavallee v. Justices in the Hampden Superior Court, the state’s highest court ruled that anyone in jail pretrial for more than seven days who did not have counsel had to be released, and that anyone deprived of counsel for more than 45 days would be entitled to dismissal of charges (without prejudice).

Today, the same court, the Supreme Judicial Court of Massachusetts, will confront a similar crisis in attorney shortage as it hears arguments in Carrasquillo v. Hampden County District Court. The case could have far-reaching consequences for the right to counsel for people arrested in the state. Fifteen years since the Lavallee case, when compensation rates for bar advocates in Massachusetts were the lowest in the country, they have barely moved. The current rate of compensation is $53 an hour for district court cases—a $3 increase over the rate paid 10 years ago. Representation in superior court cases earns $68 an hour in non-homicide cases and $100 an hour in homicide cases. These rates fall far below that available in private practice. There are also statutory caps on the number of hours attorneys can bill.

In spring 2018, the Springfield office of the Committee for Public Counsel Services (CPCS), the statewide public defender, began to be asked to represent clients in Hampden County who would normally be represented by bar advocates. The result was a rapid increase in public defender caseloads, going beyond individual attorneys’ “capacity to provide effective representation,” including for a three-month stretch from April to June this year. In June, when the heads of the office informed a judge that their attorneys were overburdened and could not handle a steady flow of new clients without compromising representation of their existing clients, the judge instead issued an order that the office “accept appointment in all cases as ordered by the Court to represent

clients at arraignment, bail hearings, hearings … and any other matter that the Court deems necessary” for bail and all other purposes.

CPCS attorneys moved to vacate the order, arguing that “the burden of a systemic lapse can’t be borne by the defendant. And once we allow lawyers who are already overburdened to take on new clients who they really can’t represent, it’s the client who’s bearing the burden of this systemic lapse.” The motion was denied and the office was assigned “approximately 113 cases under protest” over a three-week period before a single judge of the Supreme Judicial Court issued an order that stopped the assignments.

Rather than assign the cases to individual CPCS attorneys, however, the office responded to the additional assignments by instituting “an emergency duty day payment” of $424 for private attorneys to work “duty days” and accept assignment of the cases arraigned that day.

But the emergency payment had negative consequences for surrounding counties, which then suffered their own shortages in bar advocates as attorneys chose to take the assignments in Hampden County instead.

The statewide problem, which is particularly profound in Hampden County, requires a statewide solution.

An amicus brief, filed by the Hampden County Lawyers for Justice and the Massachusetts Association of Criminal Defense Lawyers, urges the court to go beyond the “stopgap measure” designed in the Lavallee ruling and find “a permanent remedy for … a systemic problem of constitutional dimension.” Compensation rates for bar advocates, the brief notes, barely budged in the two decades before Lavallee and, despite the court’s ruling, have stagnated since. The result is that fewer private attorneys are willing to handle the cases, compromising the right to counsel for individuals in the present, and risking a trend of fewer attorneys being available for criminal defense in the future.

Any remedy, they argue, must include “declaring the statutory rates unconstitutional as applied to Hampden County, and by expressly authorizing compensation rates in excess of what the Legislature has appropriated.”

The lawyers groups also urge the court to “order that judges confer with prosecutors and encourage or require them to dismiss cases with prejudice in order to manage judicial resources (i.e. attorneys) and ensure that each defendant has the effective assistance of counsel.”

Issues of low pay also affect the state’s public defenders, and therefore, the statewide quality of indigent defense. In 2004, before the Supreme Judicial Court’s decision in Lavallee, David Feige looked at the larger problems with assigned-counsel plans, writing in Slate that “assigned-counsel rates should rise” but “raising them without a re-examination of standards or the establishment of a well-funded public defender system replete with caseload caps and ancillary services, is only burying the larger issue.”

This year, for the sixth year in a row, Massachusetts public defenders lobbied for the passage of a bill that would allow them to unionize. An article on last year’s effort reported that a public defender in Northampton who joined the office in 2012 said he started out at around $38,000 or $39,000. Public defenders are among the lowest-paid actors in the system, earning less than court officers and probation officers.

A 2014 Massachusetts Bar Association report looked at pay and compensation for assistant district attorneys, public defenders, and private attorneys appointed as bar advocates. The authors wrote: “The present salaries paid to attorneys working in our criminal justice system are so inadequate that they cannot meet the financial obligations attendant to everyday, normal living. The unvarnished truth is the compensation is so poor that it drives these lawyers away from the criminal justice system or into the ranks of the working poor.”

Article originally appeared in The Appeal