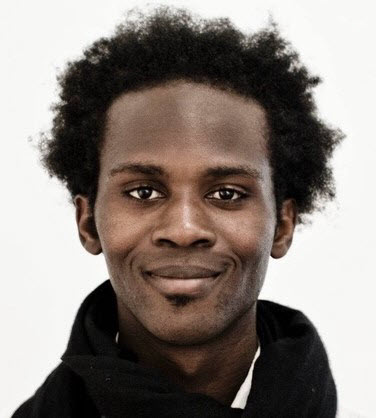 SACRAMENTO – Can the University of California system discriminate?

That was the question asked by the CA 3rd District Court of Appeal Wednesday as justices sparred with UC Regents lawyers over an appeal of a civil rights lawsuit filed by a former UC Davis graduate level student who said he was discriminated against more than eight years ago.

Feyisayo Folawole Winfunke, an “A” average African graduate student of Nigerian descent, filed a 2014 civil rights lawsuit against UC after he lost his teaching position and was kicked out of the UCD Master of Fine Arts, and PhD programs – he had complained about a play directed by a “European” Caucasian that repeatedly used the “N” word.

The lawsuit was thrown out in 2016 when Yolo County Superior Court judge Timothy Fall – the judge refused to step down from the case because of an alleged conflict – sided with UC when it claimed the employment discrimination, retaliation and breach of contract were not “triable” because Winfunke was not an employee, despite working as an associate instructor and teaching assistant.

The appeals court will rule within 90 days whether the case should be kicked back to superior court.

In fact, the justices Wednesday didn’t seem to care or focus on whether Winfunke was an employee – the argument UC used to get the whole case to go away in the first place.

Clearly seeking more information, and seemingly rejecting Fall’s lower court ruling that the UCD grad student was not an employee, the appeals court said “We don’t care what the trial court did…we’re not a rubber stamp” for the Yolo Superior Court.

Winfunke taught classes that related closely to his own Choreography studies, such as Beginning and Intermediate Ballet, Hip-Hop and Introduction to Contemporary Dance. But UC lawyers continued to insist that Winfunke was not an employee and that it was an “academic, not employment” issue. It worked for them in Fall’s court.

“You’ve gone astray,” lectured one justice to UC Regents’ lawyers. “Is there a triable fact, a dispute?” suggesting that if there was, the summary judgment granted by Fall in Superior Court should

be reversed and the case sent back to Yolo Superior Court for trial.

Richard Richardson, of the Siegal & Richardson law firm, reminded the court that Winfunke was reinstated into the graduate program by the UCD Academic Senate, which was critical of the treatment of Winfunke by the Theatre Arts Dept.

Richardson argued that the “totality” of the actions of UCD had to be considered. First, he said, Winfunke was an employee because “they controlled the means of production, the place, supervisors told him what to do.”

Second, Richardson noted, there were disputes and triable issues – including emails from department heads that called Winfunke a “troublemaker” and showed clear “animus” toward him.

“There are emails with an intent to harass him…he lost his funding on bias based on…his Nigerian heritage,” said Richardson.

When asked about UC’s claims that as a TA, Winfunke couldn’t follow instructions and his grades were too high, Richardson shot back “they raised this after he complained about the play. His grading was proper.”

According to the original lawsuit, the student, in March of 2011, “complained via email that the Dramatic Arts Department was fostering a racist environment by allowing a white Professor to demean African American students and employees…assigned Black students racist roles and relegated Black female undergraduate student to audition and perform naked in a racially inflammatory play that repeatedly referred to young minority students as ‘Nigger.’”

According to the pleading by Winfunke, after his “complaint about racism, Professor Della Davidson called (Winfunke) a troublemaker…when (he) continued to express his concerns about racism at the University, Professor Grenke, Professor Davidson, and Mr. Hector Cuevas began to threaten (Winfunke) that if he continued to complain about racism, they would remove his funding, terminate (him) from his teaching positions, and kick (him) out of the M.F.A. program.”

At one point, Winfunke was told “you should just stop already…don’t you get it, we don’t want you here” and then forced him out of her office, according to the lawsuit.

A GoFundMe page designed to help Winfunke pay for legal fees, other graduate students and supports said that “a simple resolution (would be) to grant Folawole the MFA he earned and support the completion of his PhD…the UC and Regents, with unlimited resources, have dragged on for six years, preventing him from moving on in his life and his career.

“We are outraged that he and others, particularly Black students, consistently face boldly racist learning environments at the UC. He is not alone, as students in our program and programs across the UCs continue to face heightened discriminatory and retaliatory actions from faculty and administration. Until 2016, despite admitting Black students into the program, the Performance Studies graduate group at UC Davis had never awarded a Black student their PhD.”