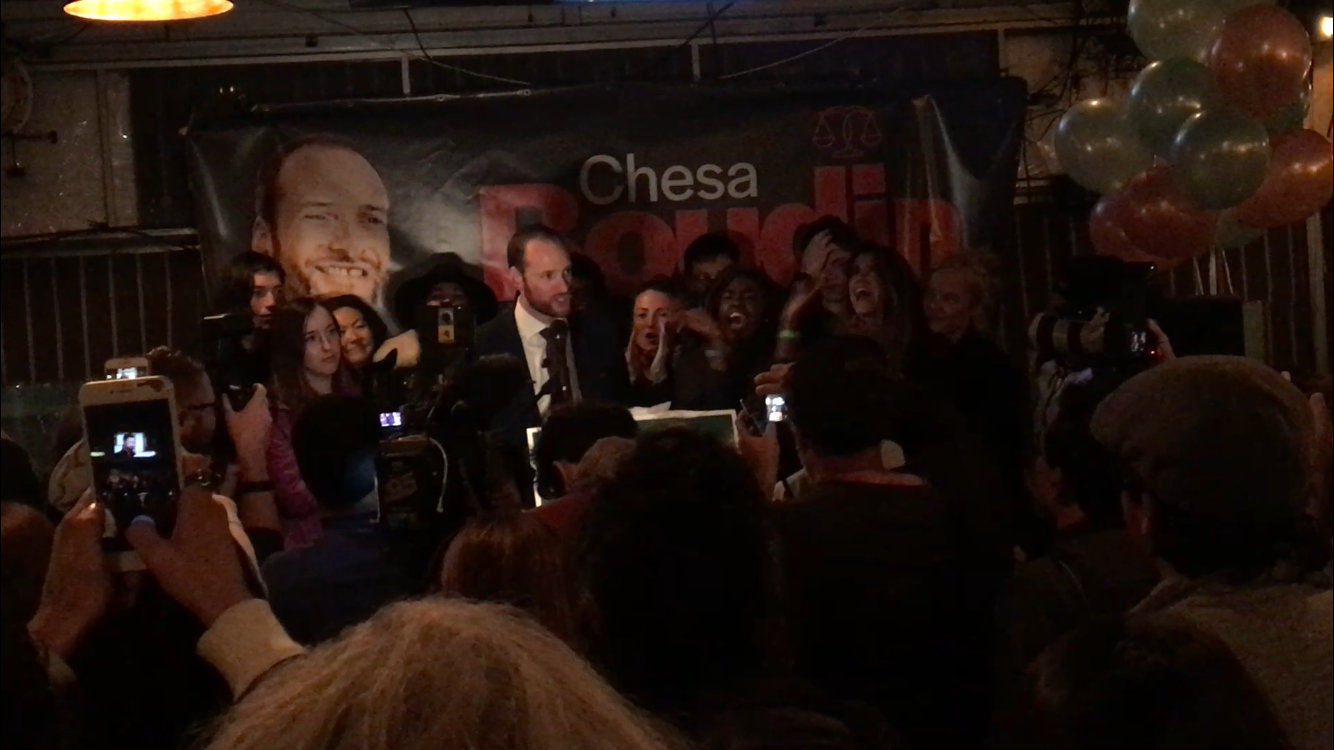 Previous: Chesa Leads in San Francisco DA Race but Votes Are Being Redistributed

The votes for the San Francisco District Attorney race are in, but the results will take a hot minute due to ranked-choice voting.

While Boudin looks to have a lead, the election could still go either way.

The San Francisco District Attorney race is decided through ranked-choice voting. Voters rank candidates in who they’d prefer to be in the position. The last-place candidate will have their tickets redistributed to the other candidates until there are only two candidates left.

Dautch, who has ranked fourth, will have his votes redistributed. If Tung remains in third, her votes will also be redistributed. With around 2,000 votes between Loftus and Boudin, the election could go either way.

While quite a few factors are still up in the air, both Boudin and Loftus are confident in their chances.

“Loftus’s people tonight, I’ve been talking with them, they feel quietly confident that they are going to be able to win this one, although it could be very, very narrow,” ABC7 Contributor Phil

Boudin stated that the energy at his election party rally shows that they’ve won in a different sense – noting the energy and demands for issues to be addressed in the district attorney’s office is a win for a movement.

Across the nation, a push for progressive prosecutors has developed a new approach to criminal justice reform. Boudin noted Queens DA Tiffany Kaban, Suffolk DA Rachel Rollins, and Chicago DA Kimberly Foxx as examples. He admired what they’ve accomplished but did not find it enough, seeing them as the beginning of a movement and winning the election as simply another step towards pushing for more progressive reforms.

Boudin has run on a platform of restorative justice, reducing mass incarceration, eliminating money bail, fighting Trump’s immigration policies, enforcing police accountability, and expanding on mental illness and addiction programs among other issues. These issues come from his own experience with parents who were incarcerated and issues that grassroots organizations have brought to his attention.

He noted how his issues are more intentional and specific in his policy proposals, as they are more concrete in comparison to the other campaigns.

“What comes next is essential,” Boudin stated. “We cannot do this alone. We must continue to grow and demand.”

Of the issues that Boudin plans to address, his approach to car break-ins contrasts with that of the other candidates.

When asked after the speech about his possibility of winning, even with ranked voting, Boudin continued to remain confident. He noted how he had spoken with many Tung and Dautch supporters and found certain qualities that drew them to him.

Boudin noted his academic experience consisting of a Yale law degree, a Rhodes scholarship for Oxford University, and his experience under two federal judges were attractive to Dautch supporters. Tung supporters would be attracted to his trial experience. For Dautch and Tung supporters who only voted for one candidate, their votes would be dropped, which would lead to a percentage increase for the remaining candidates.

Boudin and his team also expected the vote to be more conservative in the beginning, and they expect the margins to grow as time passes.

Share:
Tags:Chesa BoudinElection 2019San Francisco District AttorneySuzy Loftus
Previous : Federal Trial: Mother of Slain Teen Shares Witness Stand with Cops Who Killed Him
Next : Council Issues Message in Support of Respite Center, but Will Move It to the Corp Yard