The public on Tuesday night was largely split – while there were a few people who didn’t want the respite center at all, the largest contingent was either supportive regardless of location or adamant that there were safety issues about the Second Street location.

The council, while decidedly rejecting the notion of safety concerns, did opt for the Fifth Street location – which was not available to them previously.  Their biggest concern was getting the site

implemented sooner than the two to three month estimate by staff, presumably because winter is approaching.

An overnight center is more distantly in the works, but council was unanimous in its support for such a shelter.

There was plenty of passion on a variety of sides of the issue – with 43 people speaking, a number of them from the group DOVE (Davis Opportunity Village), and still more having never been to a council meeting before.

“I come to you as a person of privilege,” Mary Lou Rozedo, a longtime resident said.  “I’ve never been without housing.  I’ve never had a serious injury that led me down the destructive path of addiction.

“I rarely have to stand in line to get a meal or shower,” she said.  “I’ve never walked into a business or place of worship or been shunned… I’m very privileged.

“I have thoughts and prayers for them, but I’m also moved to action,” she added.

Mary Tallon said, “I’m not in favor of the Second Street site, but we have to put it someplace else.  It’s just not safe for our kids.”

Ema Seijas, a UC Davis student, said,  “I think most people are in favor of putting in a homeless shelter but when it comes to putting it somewhere in the city, it is always, somewhere else.  Somewhere else that is not near me.”

She cited a study that found no statistical difference in sites with homeless shelters in terms of reporting crime rates, and “no impact on property values either.”

“We do care about the problem, the homeless.  It is a big problem here in Davis.  But we need to come up with a solution that works for everybody.  The Second Street one just doesn’t work for everybody,” a man said.  “A lot of us here on Arroyo Avenue feel like this was shoved down our throats…  No one reached out to us.”

Martha Teeter, Board President of DOVE, pointed out that “this emergency shelter is part of a plan that was presented to the community as part of a three-year action plan.”

Still another stated that “the need is great and doing nothing is not an option.”

A resident on East Koso said, “I can’t believe it has gotten this far if a child’s life is potentially in trouble by this.”

Another resident said, “We have to help the homeless and I’m actually surprised that Davis is behind the dial on this…  We’re usually at the forefront, but it’s a tough issue.  What do we do?”  Later he added, when he looked at the document, “The one thing you didn’t look at was safety.  Isn’t that the priority?”

A student, Julia Nguyen from UC Davis who works on homeless issues, spoke out passionately on this issue.  She asked the council “to invest and commit to the safety and health of our community by choosing a site to establish an emergency shelter.

“These are not random people,” she said.  “These are people who are our brothers, our sisters… even our fellow classmates.  This is not a homeless issue, this is a community issue and the only thing that is unsafe about this project idea is that we don’t have an emergency shelter now.”

“Thanks for listening to everyone complain all night,” another student speaker stated.  “I’m really disappointed in the city of Davis.  I’m so proud of Davis being this liberal community that supports everyone and then they shame homeless people.”

Another UC Davis student noted that “there is a great stigma that people going through homelessness are dangerous.  Not only is that hurtful but that is ignoring the problem.”

Dave Griffin asked, “Where are the homeless people while housed people debate their fate?”  He said that “people that are comfortable are talking about the greatest struggle someone faces in their life – and I don’t see those people represented here.”  He added that “every time this issue arises, it’s always no.”

The overwhelming message from people in the Mace Ranch area on Tuesday was “safety is a prime concern” and this is not a good place.

However, some pointed out that the homeless are already around this area, so they don’t see it as that different and the shelter would at least take them further from the school.

Mayor Brett Lee made some comments, noting that staff had done some initial outreach and started looking at some alternative sites like the Corporation Yard, after even the business community presented concerns about the Second Street location.

“I would like to see something happen prior to the rainy season,” the mayor said.  He suggested the east side of the Corp Yard at 1717 Fifth “and with all speed possible, develop a day time respite center in time for this winter.”

He said, “I am looking at weeks not month.”  He stressed a four to six month pilot program and to determine at that point whether to provide additional funding.

Councilmember Will Arnold said “there is no evidence increasing services attracts homeless folks from anywhere else.”  He pointed out that the millions Sacramento is spending is not taking homeless from Davis.  However, he did say that it will draw in homeless folks from across the community and “it will sure look like there are new folks here.”

Councilmember Arnold added, “I don’t agree with some of the narrative that the shelter would make ourselves and our children less safe.”  He said if your worry is being attacked by homeless people, which he said is not borne out by the facts, but “if that’s your worry we’re less safe currently with the homeless population spread to the winds around town.”

Gloria Partida said, “Glad that we are going to start this as soon as possible, because we do need to do it right away.”

She agreed that “safety is a prime concern” and said “the reason that we’re doing this is because of safety.”

She said, “Doing nothing is probably the least safe thing that we can do.”

She noted that homeless are already in the Mace Ranch area.

She said that what we need to do is begin the process of breaking the cycle of homelessness.  “Doing nothing is not a solution,” she said.

Councilmember Lucas Frerichs said, “This is truly not a black or white issue – it is so much more nuanced.

Dan Carson added, “We need to consider the next phase, that we are working to bring the overnight component of this into place.” 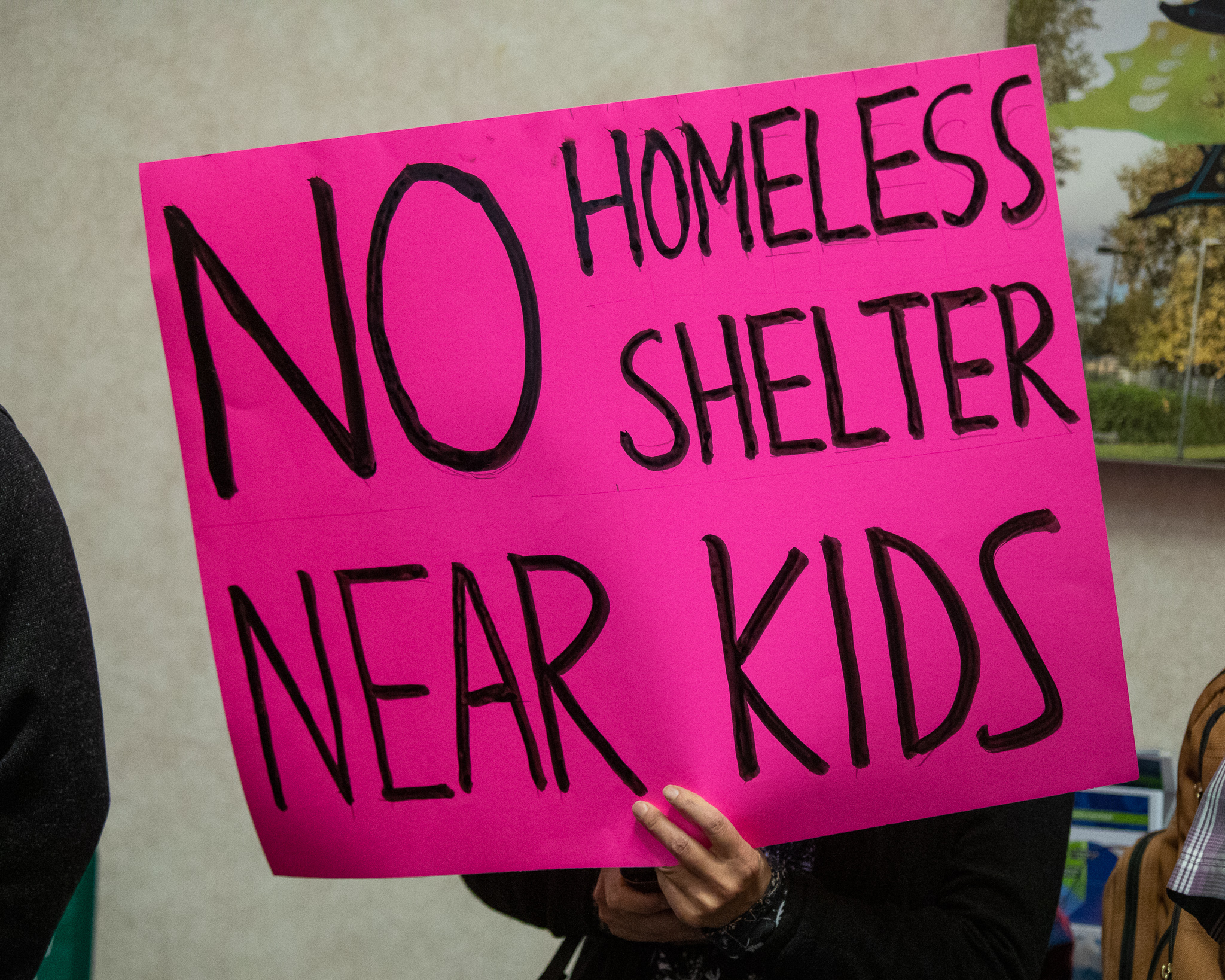 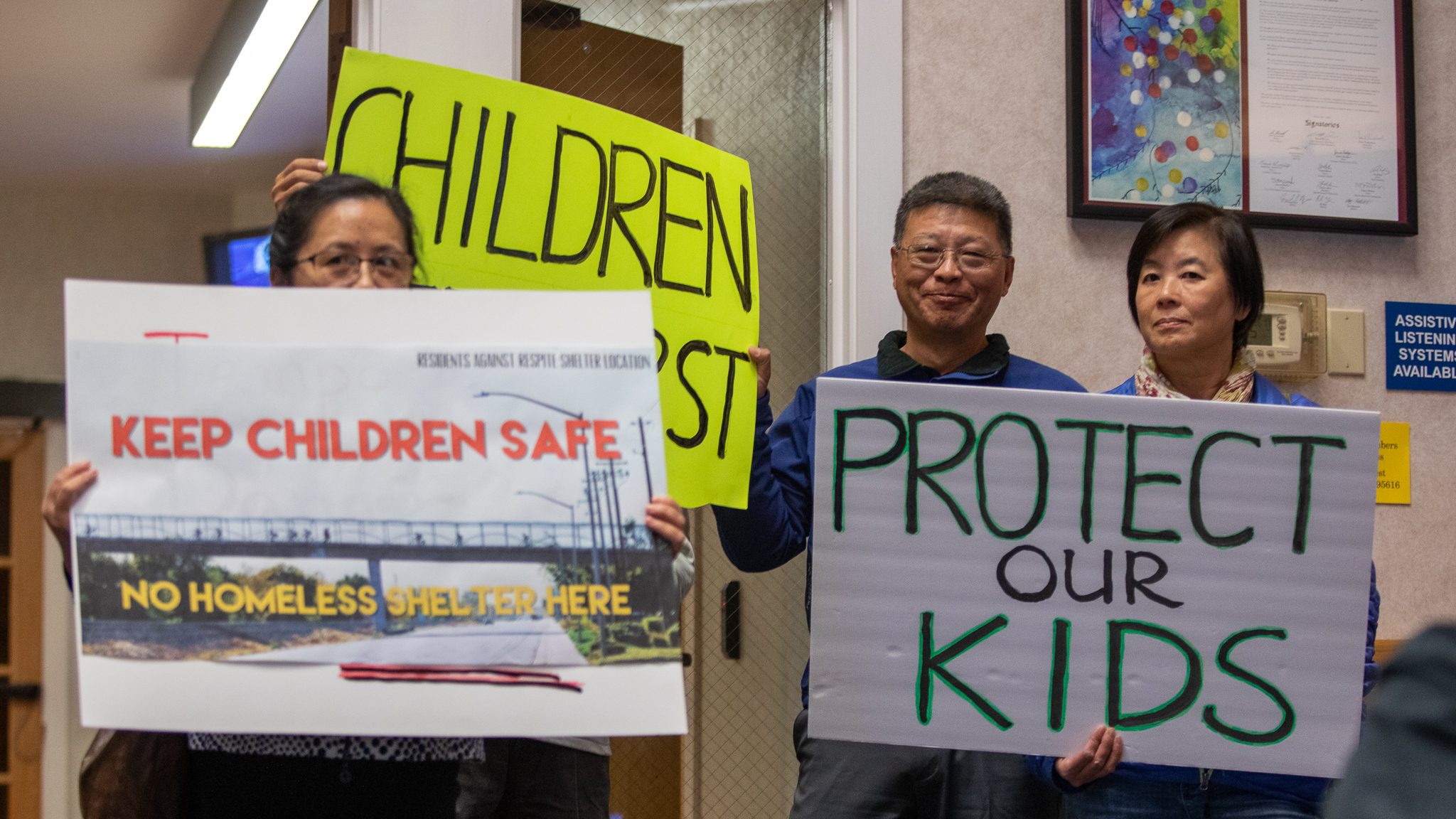 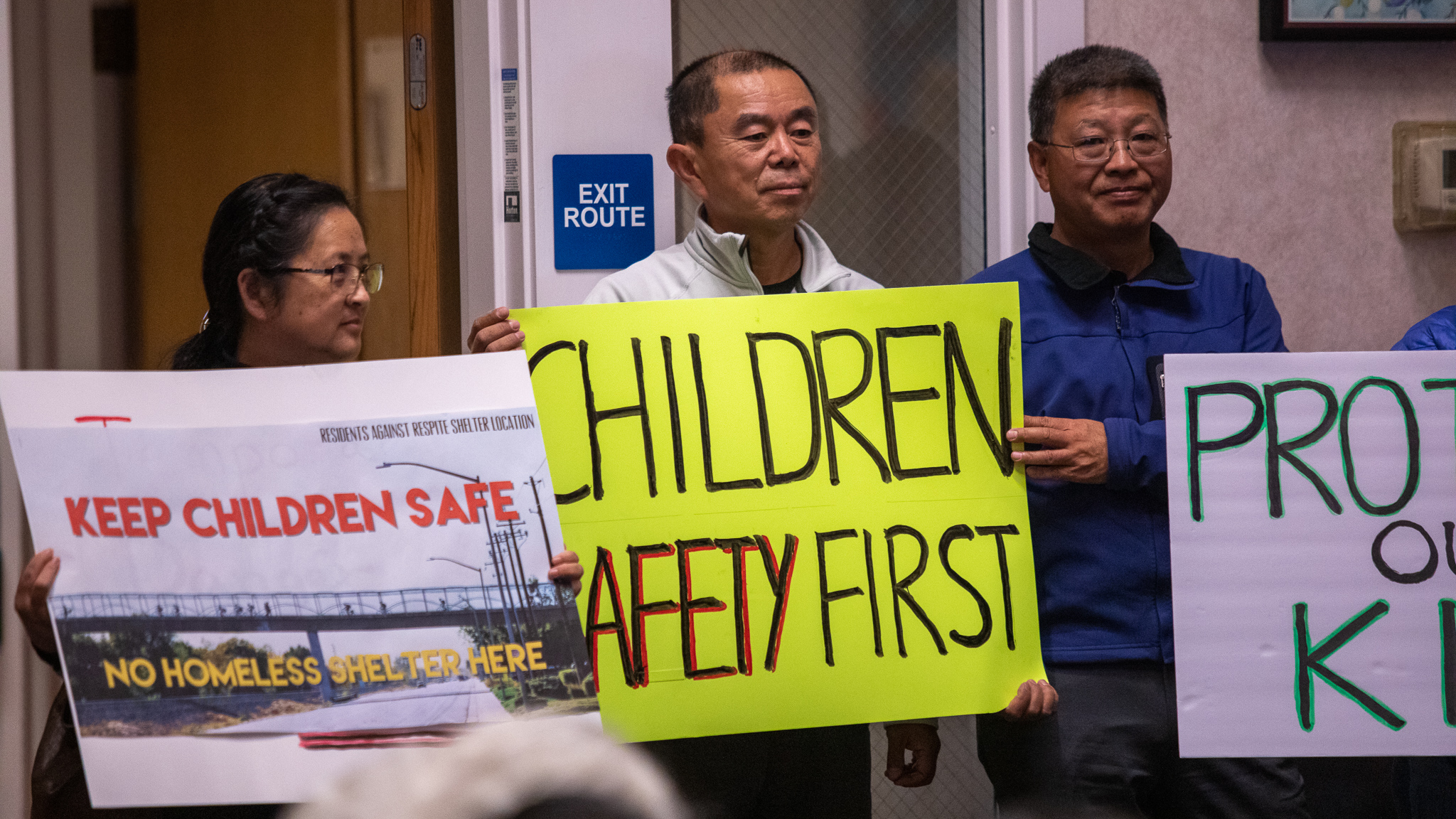 He said, “I don’t think the fear is warranted.”  He said, “The overwhelming number of folks are decent human beings.”

He later added, “This to me is one more piece of the puzzle,” with the next piece being the overnight shelter.

The question at this point was timing, where Brett Lee pushed for the day component as soon as possible and added that two months from now is mid-January and “that is not acceptable.”

Gloria Partida added that she wanted to see it happen in less than two months, “before we’re in the dead of winter.”

City Manager Mike Webb said that they heard the council’s concern, they share the goal.  Now that they are focusing on one site, he believes that they can do it in the timeline, but warned that it could be quite expensive.

91 thoughts on “Council Issues Message in Support of Respite Center, but Will Move It to the Corp Yard”