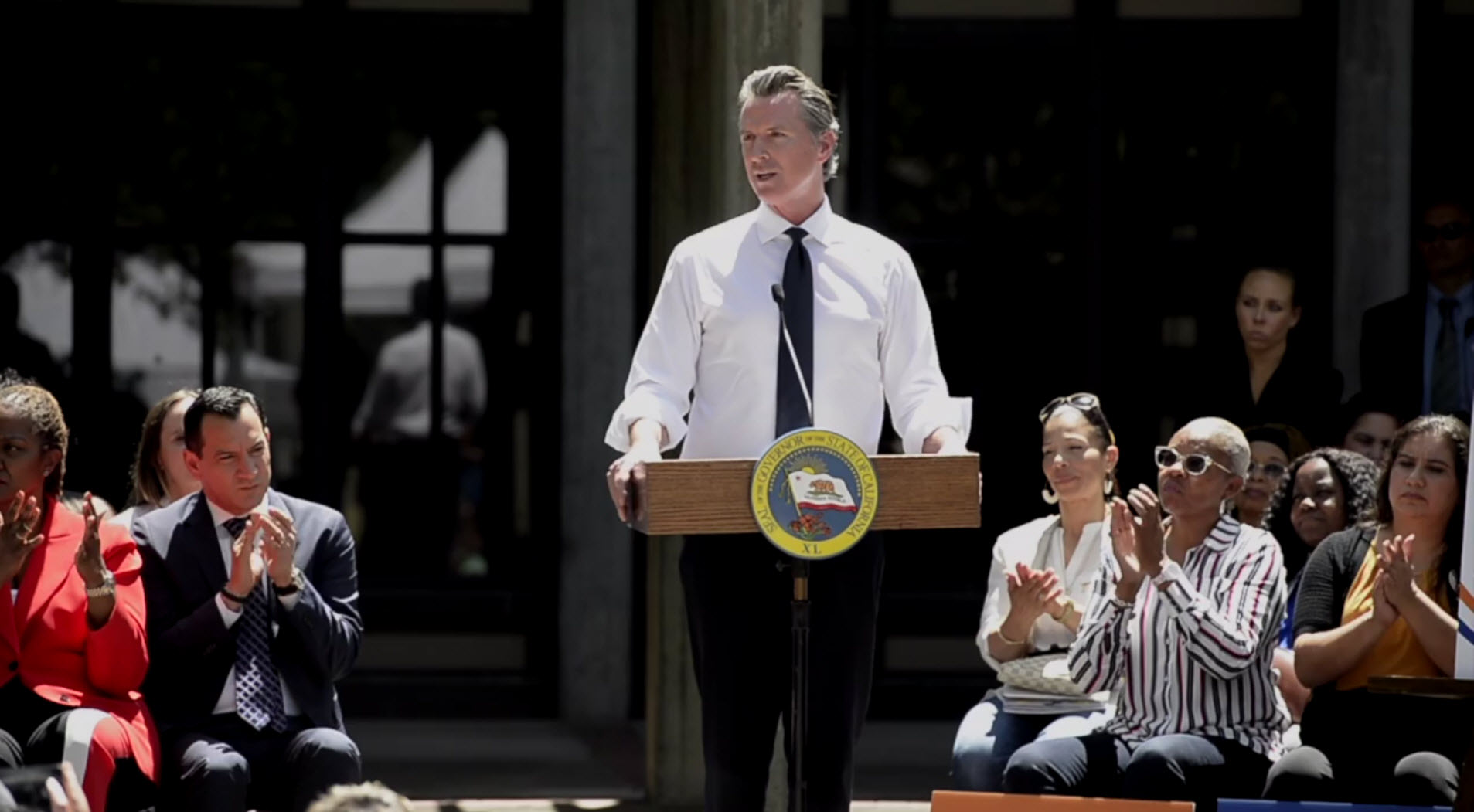 (From Press Release – Governor’s Office) – Governor Gavin Newsom today convened top executives from major California employers for a roundtable discussion on the important role the private sector must play in addressing the state’s housing affordability crisis. The Governor called on these businesses to go even further in funding affordable housing for the community, and in supporting projects that create new housing opportunities for Californians of all income levels.

“Addressing the housing affordability crisis requires all sectors – business, philanthropy and government – to step up and collaborate on solutions that make significant contributions toward housing production,” said Governor Newsom. “No single approach will solve this problem. It requires a coordinated effort with difficult conversations and leading-edge solutions to make a meaningful impact. The companies I met with today get the urgency of the problem and are leaning in to do more.”

At the meeting, the Governor highlighted recent commitments to build more affordable housing made by Apple, Facebook and Google, and encouraged other companies to follow their lead. These commitments follow the Governor’s call for corporate leaders to do more to help address the workforce housing issues exacerbated by their companies’ growth.

The Governor urged the business leaders to step up and support their communities through a variety of measures, including taking advantage of $500 million in tax credits provided for in the 2019 Budget Act to invest in affordable housing loans, investing capital in affordable housing funds and nonprofits committed to providing wrap-around services for vulnerable populations, partnering

with local advocacy organizations to support housing projects and local tenant protections, and collaborating with each other to amplify their efforts.

Housing affordability has been a top priority for Governor Newsom and is a central pillar of his broader “California for All” agenda. Last week, the Governor announced the availability of $610 million in funding to help California communities build more housing and increase transit and active transportation options close to job centers and services – this follows the release of $279 million from the Infill Infrastructure Grant program.

The state budget signed in June made a historic $1.75 billion investment in new housing and created major incentives – both sticks and carrots – to incentivize cities to approve new home construction. The budget also provided $20 million for legal services for renters facing eviction as well as $1 billion to help cities and counties fight homelessness.

The high cost of housing and rent has also been the focus of executive action. In the first weeks of his administration, Governor Newsom signed an executive order that created an inventory of all excess state land in order to find parcels to develop into affordable housing, launching partnerships with six California cities in April to develop affordable housing on that land and, last month, announcing the first Request for Proposal (RFP) on state-owned land will be issued in the City of Stockton. The Newsom administration has also enforced state housing law – putting more than forty cities on notice that they were out of compliance with state housing requirements and in jeopardy of legal action.