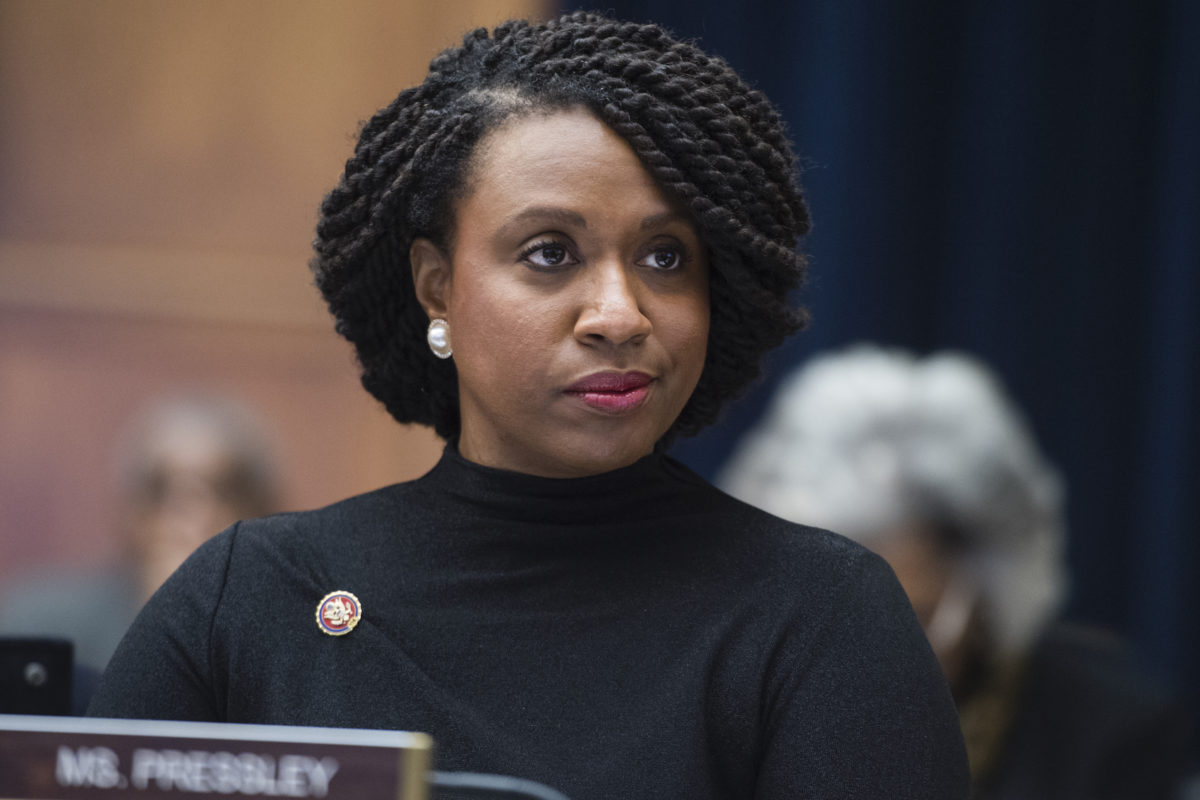 Under the proposal, localities would be incentivized to significantly decrease prison populations.

Democratic Representative Ayanna Pressley of Massachusetts unveiled a sweeping resolution today calling for state and local governments to decrease prison populations, abolish cash bail, and end the system of charging people fines and fees to fund local court systems, among a host of other proposals.

Pointing to the scale, racial disparities, costs, and harms of the United States’s vast prison system, Pressley’s resolution lays out dozens of concrete proposals that would result in a smaller prison system and would allow for more alternatives like diversion and restorative justice programs. The resolution, which she is calling The People’s Justice Guarantee, would redefine the national debate on criminal justice in the same ways the Green New Deal is intended to shape discussion of climate change.

“The criminal legal system is racist, xenophobic, rogue, and fundamentally flawed beyond reform,” Pressley told reporters on a call Wednesday. “It must be dismantled and radically transformed through a large-scale decarceration effort.”

In recent years, localities across the country have worked to dismantle mass incarceration by electing progressive prosecutors and passing reforms, like the end of mandatory minimums and cash bail. Pressley’s proposal would extend that momentum as the most comprehensive, progressive vision for reform on the federal level.

“The federal government has a tremendous impact on the operation of the American legal system at the federal, state, and local levels and can push for a more humane, dignified, and just society for all,” the resolution states.

As part of the resolution, Pressley will call for the federal government to provide tax incentives to local governments and states that repeal Truth in Sentencing and Three Strikes provisions and

that reduce their prison populations by 2035.

To achieve that goal, the resolution calls for significant reforms to policing, prosecution, and sentencing on the local and federal levels. Under the resolution, communities would be encouraged to repeal and dismantle the Violent Crime Control and Law Enforcement Act of 1994 and other federal policies that caused the country’s prison population to explode since the 1970s.

Through the increased use of diversion opportunities, restorative justice programs, treatment, and community service, prisons would be reserved for a small number of people who committed a crime with the intent to cause harm. Prison sentences would be capped for all crimes and both the death penalty and sentences of life without parole would be ended.

Pressley’s resolution also includes a call for the restoration of voting rights to people who are incarcerated. Just two states, Vermont and Maine, currently allow people serving time for felony convictions to vote, but there has been a growing movement in the last year to abolish disenfranchisement in states across the country.

The resolution comes as Democratic presidential candidates have begun to discuss their criminal justice platforms, many of which call for similar reforms. Pressley recently endorsed Massachusetts Senator Elizabeth Warren, whose plan, like Pressley’s, calls for structural changes to the legal system at all levels and reforms like the legalization of marijuana and an end to cash bail and the death penalty.

Pressley told reporters Wednesday that her office spoke with more than 20 grassroots organizations and people impacted by the legal system to help shape the resolution. She highlighted the importance of engaging with the people most harmed by the system, explaining that the work is personal to her as she was raised by a parent with a substance use disorder who was in and out of the legal system.

“I’ve seen firsthand the effects of criminal and racial injustice and the trauma it causes for families and entire communities,” she said. “If one of us is suffocated by systemic oppression, racism, and intergenerational trauma, we all lose.”