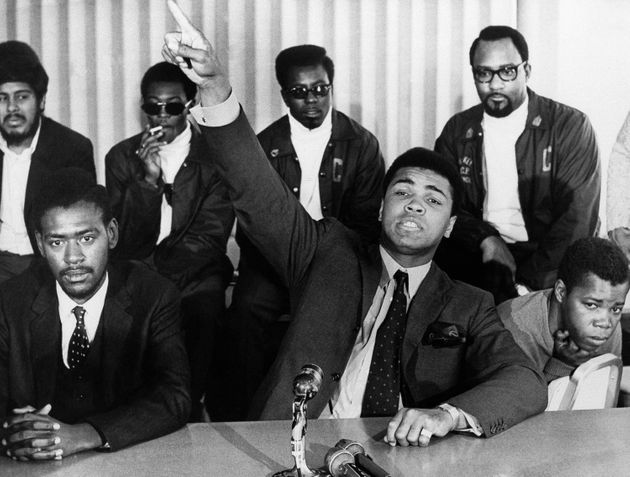 Implicit in this language is the right to dissent.  That’s the embodiment of not only free speech but the right to assemble and petition the government for “redress.”

The freedom of speech is my mind would be pointless without the implicit right to dissent and criticize the government.

After all, the most oppressive nation in the world is happy to allow its citizens to praise the government and express patriotism and love for the nation.  The real test of freedom is the ability to challenge that – to say things that the government opposes and express opinions that are considered by some dangerous and by others disrespectful.

Without that right, we have lost our freedom.

And yet we seem to have forgotten that.  People have become angry that athletes like Colin Kaepernick have exercised their freedom to not stand during the national anthem.  I find that a contradiction – after all, doesn’t the flag itself symbolize the freedom that we enjoy here in America, not only to express love of country but also to dissent from that expression itself?

Thus the flag itself has to stand for the right to dissent, and it is antithetical to our nation’s values not to allow people to express dissent.

Many people do not seem to understand that the very act of dissent is in fact patriotic, because it honors the fundamental principles of free governance.

I happened upon a letter to the editor in the Enterprise from Andrew Majeske.

He indicated that he attended the Veteran’s Day Ceremony where Gloria Partida was invited to speak.

He said, “Unfortunately, Ms. Partida opened her brief remarks with a quote from Muhammad Ali.”

This apparently offended his sensibilities:

“Given that Muhammad Ali famously refused to serve in the United States military, in spite of having been drafted to do so, Ms. Partida’s decision to open her Veteran’s Day remarks by quoting from this particular figure is problematic; it suggests either that she was unaware of the history of the figure from whom she was quoting, or it suggests she was being intentionally provocative; both options are deeply troubling.”

He adds: “Regardless of one’s personal opinion of the merits of Ali’s decision to assert conscientious objector status, and his stated reasons for doing so, the Veteran’s Day event was decidedly not the proper occasion to employ a Muhammad Ali quotation.”

He argues, “Our veterans deserve an apology from Ms. Partida for her insensitivity.”

While I respect greatly the sacrifice of America’s veterans, I think Mr. Majeske is forgetting one fundamental lesson – what are America’s veterans purportedly fighting for? That’s right, the freedom of speech. Isn’t that what supposedly separated Americans from Soviet-style communism?  Freedom.

Without the right to dissent, we can have no true freedom of speech.

Muhammad Ali may not have served in America’s wars, but his dissent honored the very freedom that our nation was founded on.  Therefore, I would argue there is no better way to honor our veterans than to honor the sanctity of dissent.

Two years prior to his act of conscientious objection, Mohammad Ali stated: “My conscience won’t let me go shoot my brother, or some darker people, or some poor hungry people in the mud for big powerful America.”

Like Colin Kaepernick, Mohammed Ali did this at great personal sacrifice.  In 1967, at the age of 25, in the prime of his career, he appeared for an induction for the US Armed Services, but refused to step forward when his name was called and was warned that he was committing a felony and ultimately was arrested and convicted in June 1967.

While his conviction was overturned on an 8-0 vote by the Supreme Court (the court held that the board gave no reason for his denial of a conscientious objector status), the New York State Athletic Commission suspended his boxing license and stripped him of his title. Other boxing commissions followed suit.

He was unable to obtain a license to box in any state for over three years.

Veterans have of course made huge sacrifices to protect our nation, but we cannot forget what they are fighting for – the right to dissent.  Mohammad Ali, at great personal sacrifice in the prime of his career, also stood up for his beliefs and I don’t think that Gloria Partida invoking his quotes at the Veteran’s Day event is disrespecting veterans, but rather reminding us all of what it is we are hoping to protect.