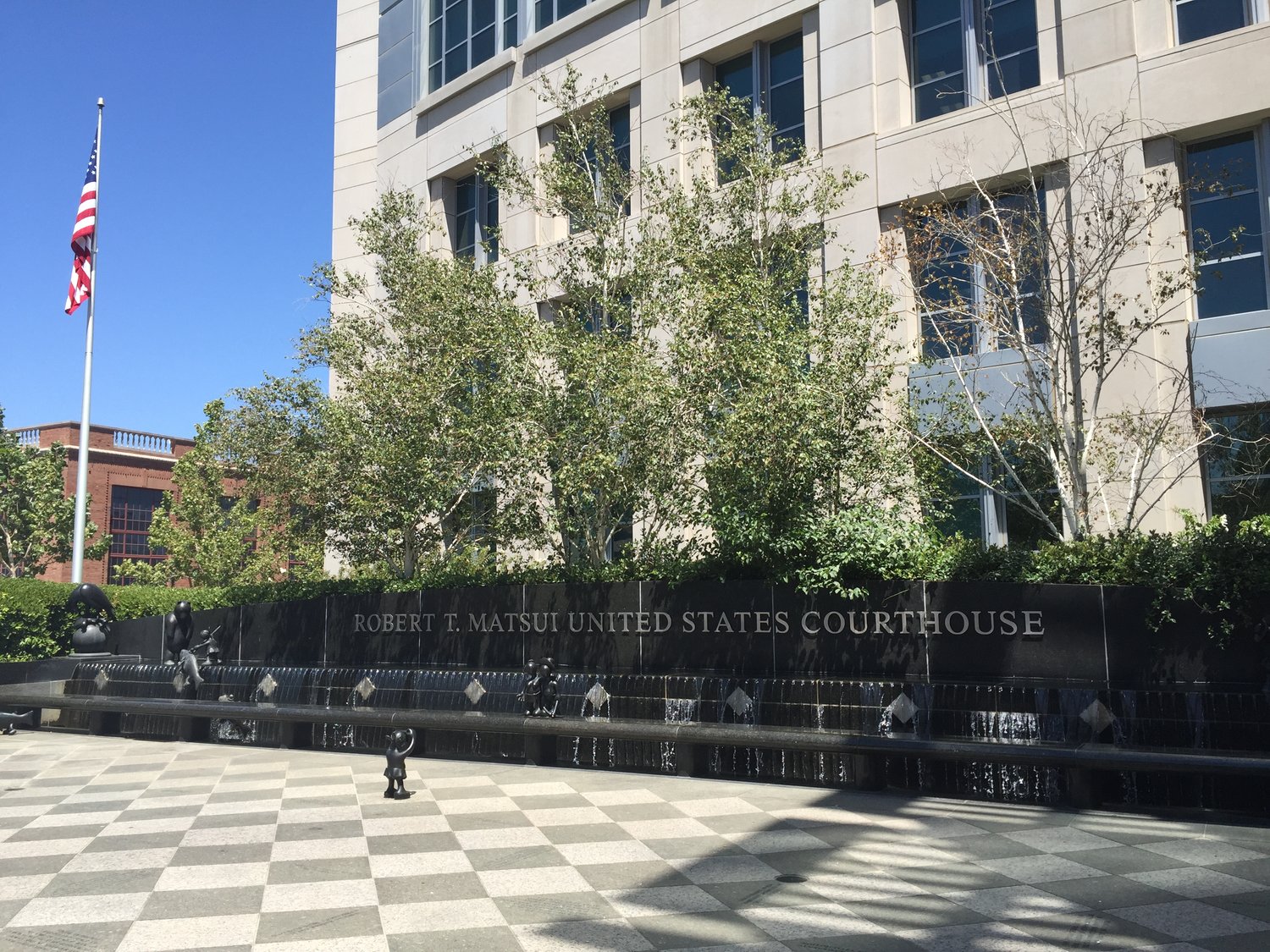 SACRAMENTO – The testimony Monday on the first day of what is expected to be at least a two-week federal trial of the City of Stockton and two police officers was shocking. And horrific.

At one point jurors were told that police officers “high-fived” in celebration after killing a teen suspect.

Dionne Smith-Downs and James Rivera Sr., whose unarmed 16-year-old son was gunned down by Stockton police officers Eric Azarvand and Gregory Dunn in July of 2010, made it clear they want to seek justice.

“I want a trial,” said Smith-Downs. She settled the San Joaquin County portion of the lawsuit earlier this year for $300,000 and is asking for $10 million in general damages in the city of Stockton lawsuit.

James Rivera Jr. was riddled with bullets when officers ended a car chase by firing 29 shots into the stolen van Rivera was driving on July 22, 2010. The lawsuit has been delayed, in part, by the city of Stockton’s bankruptcy proceeding over recent years.

The eight-person jury – five women and three men – was chosen earlier Monday. There’s only one Black juror in a case that involves white officers killing a young Black teen.

Undisputed facts in the case note that Rivera escaped from a juvenile detention center, and was alleged to have carjacked a blue van at gunpoint. Officers located the van, initiated a chase through Stockton that ended in a residential neighborhood when Dunn rammed his police vehicle into the van, knocking it into a garage of a nearby home.

Although the city said the van traveled at speeds of up to 50 or 60 miles-per-hour, one eyewitness for the plaintiffs swore that young Rivera drove by her house much slower than police claims.

“I saw a young kid driving a van very slow, normal person driving. He waved and we waved,” said Ramonia McDaniels, who had to be consoled often during her more than 60 minutes on the witness stand after she repeatedly broke down and wept during testimony.

She reportedly saw officers “high fiving” each other after shooting Rivera but was not allowed to make that comment in the jury’s presence because of foundational questions.

But, after being rammed by officer Dunn, the van became stuck – it had a large mailbox and bushes under its front end that raised it off the ground. Dunn drove his car up behind van, and then, after telling Rivera to get out, opened fire. He emptied his 13-round handgun – as did Sheriff’s Deputy John Nesbitt. Stockton police officer Azarvand fired three rounds.

Nine bullets hit Rivera in the back and two on one side. One shell pierced his head.

In his opening statement to the jury, Ben Nisenbaum of the John Burris civil rights law firm said Rivera posed no threat to police who shot and killed him anyway.

“The case rests on whether Rivera continued to present a threat after the van stopped. The van did not move in a significant way, but (officers) emptied their guns,” said Nisenbaum, explaining that the van hit the house because “Dunn broadsided it, and then got behind it and rammed from behind.”

“The van wasn’t going anywhere. One officer will admit wheels were spinning…and they will say that the defendants fired because they felt the van was going to crush the police car,” said Nisenbaum, who suggested officer testimony has changed from the original police reports to depositions.

“And they are not small things that have changed,” he said. “There was no basis for the shooting.”

Bruce Kilday, representing the city, countered in his opening statement that officers believed Rivera was armed – though, that turned out not to be true – and that officers fired because they believed the van was about to “crush” them coming out of the house where it was stuck.

Police also “concluded nobody was safe as people began to come out” to see what was going on, and that police warnings were “loud enough to be heard by those watching.”

Kilday said that “Dunn believed his life was in immediate danger. It was very logical…and reasonable.”

Kilday also suggested Smith-Downs didn’t deserve compensation because she “gave (Rivera Jr.) up to an Uncle.” Senior Rivera, said Kilday, “was in prison for virtually his whole life.”

He also said officer Dunn had been “terminated” for reasons other than the current case.

“It’s been nine years and it can’t go away. I never want to go through this again,” said McDaniels, the first and only witness Monday.

But she said she had a ringside seat to the death of Rivera.

Her narrative – in between sobs and some wailing – was dramatic.

“They shot into the van and then started busting windows out. I couldn’t believe this is happening. They dragged him out the window, all cut up. This is a nightmare….they started slapping him in the face. His arms were limp,” McDaniels said.

She testified that “there wasn’t even five seconds between commands of ‘get out’ and officers opening fire. “On their third ‘get out’ they started shooting,” she said.

“On their 3rd get out they started shooting,” and said she didn’t see the van ramming anything. “Didn’t hear anything coming from the van.”

On cross-examination for the city, Derick Konz tried to drive holes into McDaniel’s vivid recollection of events, suggesting she was friends with plaintiff Smith-Downs before the shooting and would have a reason to mis-remember.

But McDaniels remained resolute, explaining she has only seen Rivera’s mother at the store a few times.

“We just said ‘hi’ to each other. We weren’t friends. I visited Dionne later only to give my condolences,” said McDaniels, who maintained that while some minor details were fuzzy, the shocking details were not.

“I was just being one of those nosy neighbors. I understand what you’re trying to do,” she shot back at Konz. “But my focus was where this van was that was shot up…I remember the van, the shooting and the child… police were bad guys. It was like a big celebration for them.”

McDaniels said she did have some photos or video taken with her cell phone but “I lost the phone when I had it in my back pocket (and) dropped it into the toilet. I’m not good with phones.”

Day two of testimony is Tuesday.

Share:
Tags:City of StocktonCivil Rights SuitFederal CourtPolice Shooting
Previous : Guest Commentary: Mace Mess – Calling It What It Is
Next : Commentary: Guiding Principles – the Good, the Bad, and the Missing