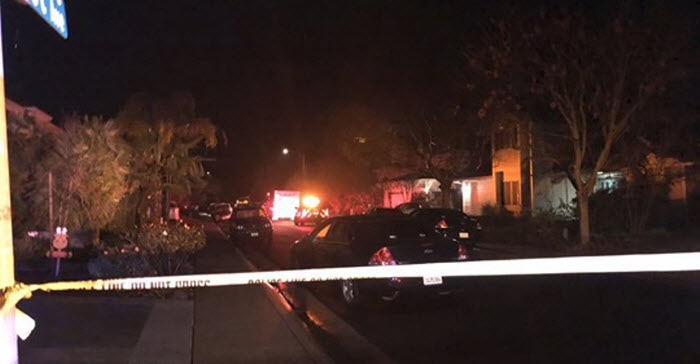 Early on Thursday morning, officers received a call from a residence on Avocet in North Davis.  It was a report of a domestic violence incident.

According to Sgt. Mike Munoz of the Davis Police Department, officers arriving could see a woman down.

“They encountered resistance at the front door,” he explained and that led them to fire shots.  “A male adult is deceased inside the residence.  The female that they saw down is also deceased.”

One of the officers suffered minor injuries – he was treated and released at the hospital.  The injuries were described as minor and not related to being shot.

Details are preliminary and this point and subject to change, he noted.

Sgt. Munoz described the woman as “down inside” – but did not know if she was deceased at the moment of arrival.

He described the call as originating from inside the residence, but did not specify as to who called the police.

He added, “the officers discharged their weapons, but it’s way way too early to say whether the officers struck the suspect and if they did, if they caused his death.”

The murder is the first in Davis since the January 10 shooting of Natalie Corona.

The Vanguard will have updates as more information becomes available.

5 thoughts on “Breaking News: Two Dead After Murder and Police Shooting in Davis”