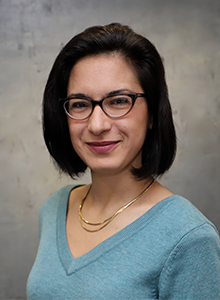 Nazgol Ghandnoosh is a Senior Research Analyst at The Sentencing Project, a nonprofit organization engaged in research and advocacy for criminal justice reform. Nazgol holds a Ph.D. in Sociology from the University of California, Los Angeles (2013).

In the podcast, she talks about mass incarceration, how reform the system to attempt to cut the prison population in half while maintaining public safety and how we can end life in prison.

She has written about racial disparities in the justice system, public opinion about punishment, and the scope of reform efforts. Her report, Delaying a Second Chance: The Declining Prospects for Parole on Life Sentences, examines how states and the federal government have increased prison terms for people with parole-eligible life sentences. She regularly presents to academic, practitioner, and general audiences and her work has been featured in outlets including the Washington Post, the New York Times, and WNYC’s On the Media. She also edits The Sentencing Project’s Race and Justice Newsletter.