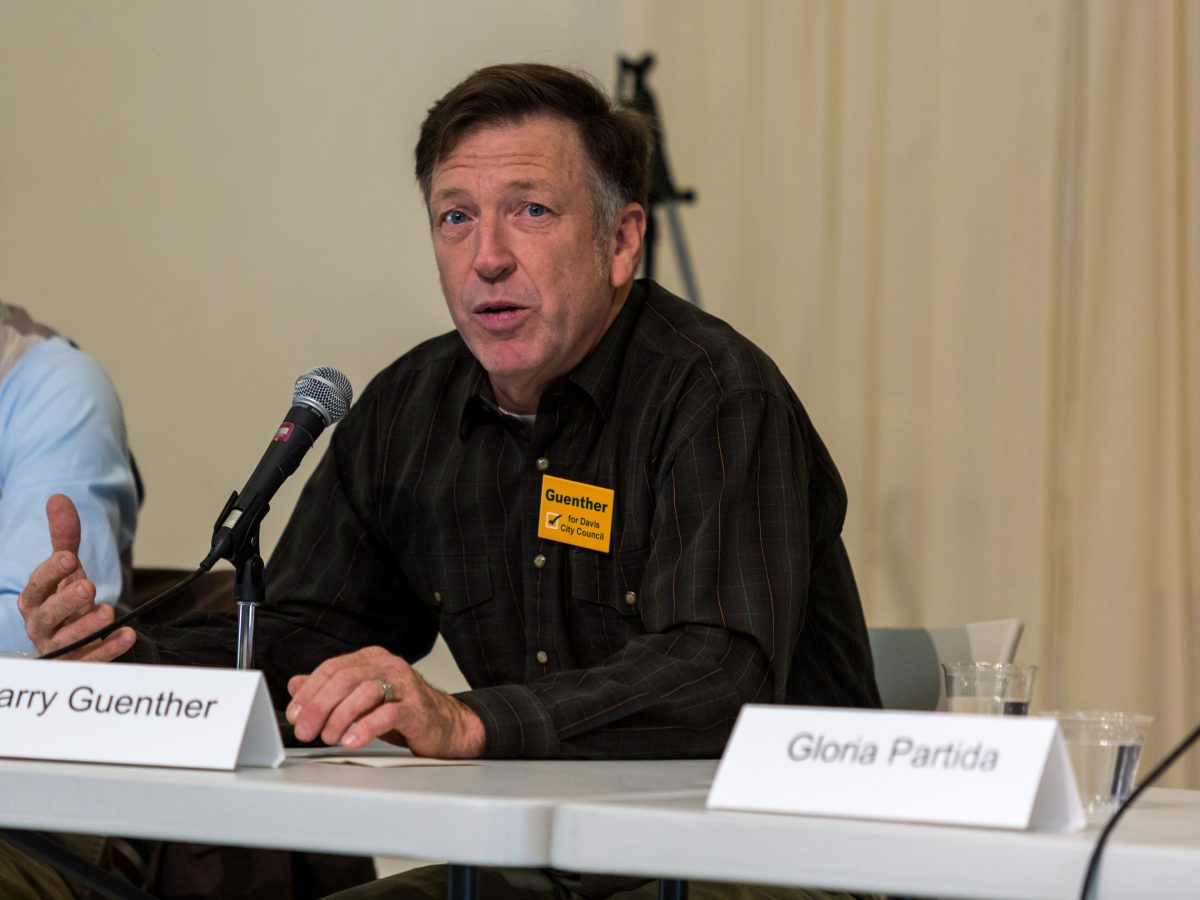 There have been a lot of changes since the last time the council held elections.  We now have five districts and the elections have been pushed from the primary ballot that had been scheduled for March until November.

This week, Larry Guether, a candidate in 2018, announced he would seek election once again.  He will face off in District 3 against Lucas Frerichs, the current elected councilmember in the district.  Dillan Horton is the other challenger to announce, but he announced prior to the changes.

Among incumbents Lucas Frerichs and Brett Lee have indicated that they would seek re-election while Will Arnold told the Vanguard that he may well challenge Brett Lee after being placed in the same district.

Larry Guenther ran in a nine person field in 2018 with two open seats.  He finished fifth with approximately 8.9% of the vote.  Now he will run in a seat that includes his Old East Davis Neighborhood – a neighborhood that has had at times contentious battles against the city in opposition to the Trackside development.

Members of the neighborhood have sued the city – and won, at least the superior court level – with Judge Sam McAdam ruling that the city abused discretion when they violated existing city codes for that project.

With District Elections, the size of the district shrinks from city wide to about 11,000 or so residents.

Larry Guenther told the Vanguard, “One of the things that really didn’t occur to me until I thought about running this time… people are actually running against people now.”

As he described it, previously people may be competing against each other for a spot, but they could kind of their own thing.

It used to be if people liked both Larry Guenther and Lucas Frerichs, they could actually vote for both.  Now if someone supports one, they can’t really support the other.

“It’s a different ballgame,” he said.  “I’m still going to run a similar campaign as I ran before.  Vote for me and here’s why.”

From his perspective, “the city has some great policies that we don’t enforce.”

For instance, the council just passed a climate emergency bill.  At the same time, he said, they also approved the last stage of the cannery development.  That ignored the green standards that the city has.

The city also approved the West Davis Active Adult, he said, “which is… except for the affordable housing portion… single story, peripheral development.”

Mr. Guether explained, “On the one hand you have action and on the other, you’ve got policies.”

“All along, that’s been a frustrating thing for me,” he said.

“We did get Valley Clean Energy started and that’s a great thing,” he said.  “But the opportunity to do a community owned waste removal – died.  No effort has been made to try to look at that when that contract comes up in 10 or 20 years.”

In terms of issues of focus, one point he made, “The financial situation is not good.  It’s getting worse.  Again, not a lot of movement has been made there.”

On the other hand, he argued that we have city commissions with “at least as good if not better credentials than the consultants we’re hiring.  And they don’t really cost us anything – (other than) staff time.”

He noted that the Downtown Plan where they are changing their zoning paradigm.  So that’s a case, “where hiring a consultant is a really good call.”

On the other hand, he pointed out that the consultants did an economic feasibility analysis and yet the Finance and Budget Commission was asking to look at that report and were unable to do so.

“Just seems like we could really utilize our commission system better,” he said.

Another he issue he expressed was roads.

“People are really concerned about roads and getting roads repaired,” Larry Guenther stated.  “It was interesting to me that it’s one of the top issues that people talk about but when that tax was put on the last ballot, it failed.”

“There are still a lot of roads that need a lot of repairs but there’s only a finite amount of money, and roads are really expensive,” he said.  “That’s not a big ticket item, that’s a huge ticket item.”

“But I think there’s been frustration in that – there hasn’t been as much affordable housing,” he said.

He said while it is not a real surprise, “To get the real numbers on that and to see how bad that is.  That’s a difficult problem to address.”

Mr. Guenther noted that while he hasn’t looked at Olive Drive’s proposal in a lot of detail, what caught his attention is that those units are less than 500 square feet.

“One of the things I have been advocating for on the downtown plan, is eliminating density requirements,” he said.  He noted that the developers can make more money on more smaller apartments than one larger apartment.  “But those smaller apartments are going to be more affordable for an individual and there are more of them.”

Larry Guenther said in talking with the consultants, they argued that they had density requirements “because people freak.”

With the later start to the council races now that the elections have been pushed to November, we would expect to see a number of other entries into these races.