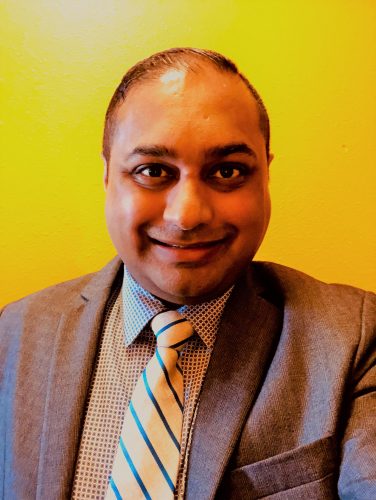 Nitish Sharma, the finance director for the City of Davis resigned from his position in October and took the position of Chief Administrative Officer of the Cosumnes Water District.   Mr. Sharma had been hired as finance director in August 2018 and made important progress in improving financial accountability, transparency and stability during his 1 year tenure.    Mr. Sharma was the first financial director that the City of Davis had since Yvonne Quiring retired in early 2015.

Mike Webb, City of Davis Manager had this to say about Mr. Sharma.  “Nitish Sharma served the City of Davis as our Finance Director for just over one year.  Mr. Sharma was an integral part of our leadership team and was a valuable asset both in his technical expertise and in his fresh perspective that he brought to the organization.  During his tenure Mr. Sharma was pivotal in advancing a number of initiatives that had very positive impacts on our budgeting and operational efficiencies.  Examples of projects that Nitish and his team accomplished during his tenure were: transitioning to a biennial budget, incorporation of the SCIP Financing tool to help advance economic development projects, adoption of a variety of internal policy and procedure updates, completing the Redevelopment Agency bond refinancing, and advancing the process to replace our Enterprise Resource Program (ERP) which serves as the backbone of our financial systems.  Nitish will be missed and we wish him the very best in his future endeavors.”

Matt Williams who was Chair of the Finance and Budget Commission during most of Mr. Sharma’s tenure had this comment:  “From my perspective as Chair of the Finance and Budget Commission, it is very clear that in a year, Nitish accomplished a lot.  His solutions produced  substantial change, and significantly increased accountability.  I consistently heard from City employees and citizens that they appreciated the end result, even if the journey wasn’t always easy.  The City will miss Nitish’s financial vision and leadership.”

The City of Davis is currently looking for a new finance director and would like to encourage anyone interested to visit and share the City’s recruitment webpage for the open position.

Share:
Tags:BudgetMike Webb
Previous : Dev Hearing Postponed Again Until February as Both Sides Attempt to Get Translation of Prison Phone Conversations
Next : Social Services Recommends ARC Be Bound by Affordable Housing Policies at the Time of Proposals