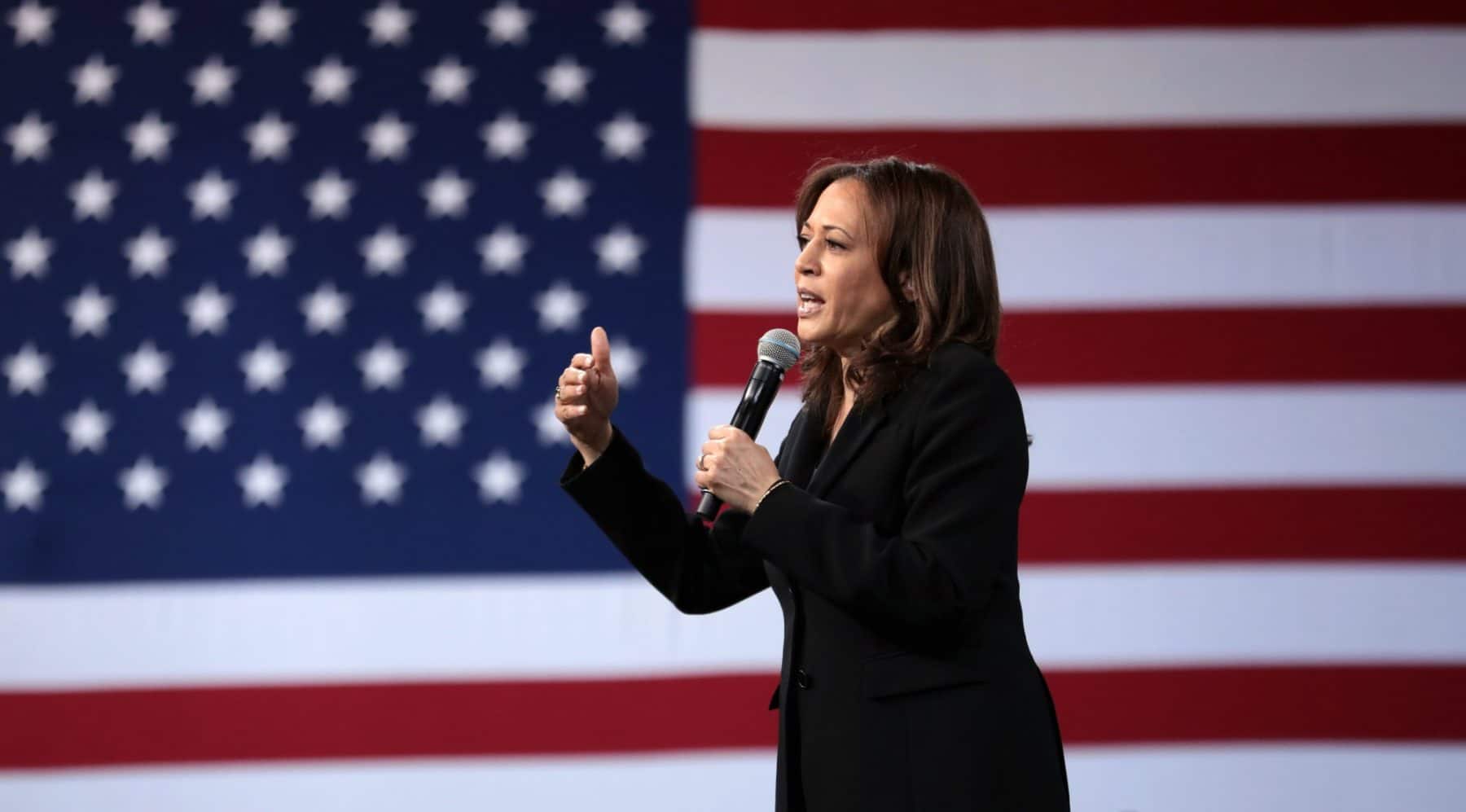 Kamala Harris dropped out of the race to become the 2020 Democratic presidential candidate on December 3, blaming lack of funds.

Understandably, much reaction will focus on how she may have been held to a higher standard than the white male candidates—many with objectionable track records and positions—who dominate the remaining field. Yet there were substantive problems with her candidacy, ones which cut to the heart of who we are as a nation and what we are trying to become.

Senator Harris, a former San Francisco district attorney and California attorney general,  is a prosecutor to her core. She was not a progressive one, although she cynically tried to capitalize on the prosecutor reform movement to further her candidacy. One Politico reporter called that, in itself, a “simple, effective template” for criticizing Harris. University of San Francisco law professor Lara Bazelon wrote for the New York Times about how Harris was “often on the wrong side of history” in her former roles.

She was. From the very beginning of her political career, she represented a lurch rightward and an embrace of national tough-on-crime politics, deposing, in 2003, San Francisco District Attorney Terence Hallinan, arguably the first reform-minded elected prosecutor in the US. Hallinan advocated marijuana legalization and the decriminalization of sex work, years before those planks became the subject of mainstream discussion. Harris beat him by stoking fears about a temporary increase in violence and Hallinan’s relatively low felony conviction rate due to diversion programs.

While Harris was far from the most draconian DA in her state, she stayed in line with the shockingly

In that role, Harris adamantly defended her prosecutorial colleagues when they obtained death sentences through craven and racist means, like keeping Black people off juries. Indeed, she rewarded the worst kinds of prosecutorial impunity. She “all but ignored” former Orange County District Attorney Tony Rackauckas’s casual conspiracy to write the Sixth Amendment out of the constitution through an illegal jailhouse informant program.

This used to be the kind of stuff that didn’t go much further than criminal defense lawyers griping about it at the local dive bar. Not anymore.

Neither did her record improve much in the US Senate. As Filter has described, Harris co-sponsored the SESTA act, which became law as SESTA/FOSTA, endangering sex workers by conflating consensual sex work with trafficking and forcing them into riskier work situations. This national legislation chimed perfectly with Harris’s previous targeting, as California attorney general, of the adult personals website Backpage, where sex workers could advertise their services safely.

When evaluating criminal justice policies for legislative consideration, states look to their DAs. The reality is, for all her attempts to hoover up progressive supporters, if Harris were still the district attorney of San Francisco—California’s most progressive city by far—she would rightly be a target for criminal justice reformers.

The question of where Harris’s supporters⁠—she had dwindled to around 4 percent in the polls by the time she dropped out⁠⁠—will now transfer their allegiance raises the specter of a President Joe Biden. Harris’s hit against Biden on school busing was the stand-out moment of the first Democratic debate back in July; it saw her briefly surge in the polls and become the betting markets’ favorite for the candidacy, before her muddled positions on healthcare and scrutiny of her record contributed to her numbers tanking in the following months.

Biden himself represents some of the worst about the Democratic Party establishment. He is the establishment favorite⁠—overwhelmingly so after the exit of Harris, who had the second highest number of party endorsements. His record includes the dreadful 1994 crime bill. He is handsy with women and has made many racist gaffes. He opposes federal marijuana legalization—unlike almost 80 percent of Democrats. Like Harris, he refuses to apologize for his record.

Why has all of this not sunk him?

Being a white man is undoubtedly a factor, as is the fact that Biden’s prominence and vice presidency saw him start from a much higher base. But perhaps another, subtler reason should be considered.

When it comes to mass incarceration, Biden wrote some legislation about something that almost certainly had very little to do with his life, impacting people he understands very little about. It had an awful impact. But it is hard to imagine the hapless, privileged Biden losing sleep about his bill one way or the other. Voters may unconsciously give him a pass for this.

But the prosecutor role, which has defined much of Kamala Harris’s adult life, is different. She was the one who showed up to court, actively seeking to destroy defendants and put the people standing in front of her behind bars. That was reflected, perhaps unintentionally, in her campaign slogan: “For The People”—an authority that she weaponized in an intrinsically personal way against so many.

Maybe Harris’s exit shows that the time is right for an examination of this country’s adversarial justice system. In many European nations, the justice system is more collaborative, with prosecutors, defenders and judges working together to find the truth and a measure of justice. There isn’t the same level of crisis in convicting the wrong people, and countries like Germany and France have much lower incarceration rates.

All of this is anathema to the US way of approaching things, which sets up prosecutors to care only about “winning” convictions. An optimistic reading of Harris’s decline would say that Democratic voters are no longer comfortable with this travesty.