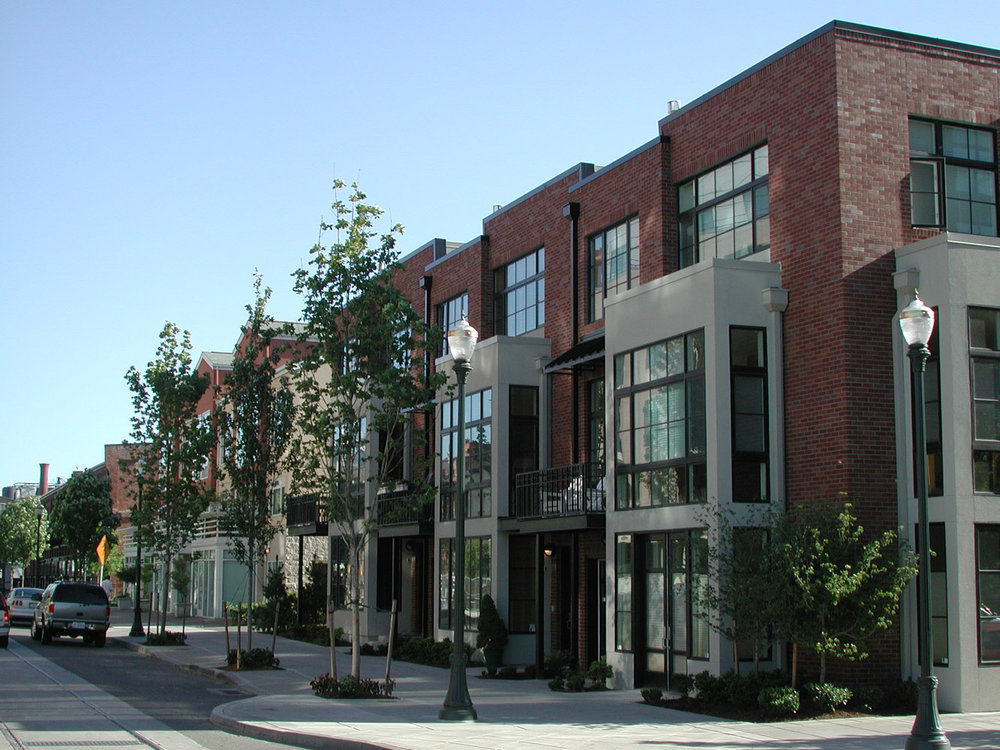 Most environmentalists do not request the economy halt so no harm would come to the environment, instead advocating minimizing development impacts. It’s possible to cut vehicle miles traveled, and wean ourselves off of the carbon emitted by congestion and long commutes even as the economy builds new homes and businesses. The following describes at least part of how to do it.

“Sustainable infill development” is a common request, but infill alone is not enough. According to the Southern California Association of Governments (SCAG), to address congestion, widening roads does not work. Road widenings simply attract more cars.

For significant congestion reductions, development needs to be mixed use (shops and offices mixed among the residences). In fact, according to SCAG’s study, even double-decking freeways is less effective as a congestion remedy than mixed use. Thanks to the State of California, any new development must have “Complete Streets,” so new development must be pedestrian-friendly. To minimize impacts, it must also be mixed use. Note that market acceptance of such traditional neighborhoods is very good indeed. The most valuable real estate, per square foot, in the region is the old neighborhood around McKinley park, which is mixed-use, and pedestrian-friendly.

The minimum density for viable (unsubsidized) transit and those mixed-use shops and offices is 11 dwelling units per acre — a low-density suburb would typically have two four-plexes on each block to achieve that density. Studies from Berkeley’s Robert Cervero and the Urban Land Institute confirm the  demographic requirements for viable retail. Infrastructure in such denser development is not only about half as cheap to maintain as sprawl, it also addresses social justice concerns by creating more affordable housing, and enabling transit. Transit means not every driving-age adult must own a car–and car ownership is perhaps the most regressive “tax” of all.

Protecting outlying land (“greenfield”) from development is a corollary to developing infill, and perhaps the most frequent of environmentalists’ request. The problem is that such a request would deprive the land speculators of their profits. As long as speculators can buy agricultural land for a few thousand dollars an acre, then sell it to builders for 50 – 100 times more than they paid, simply forbidding land speculation and outlying development swims upstream against the dominant “anything for a buck” culture.

To prevent private profit from damaging the public realm, environmentalists must lobby to tax that “unearned increment”–the egregious 5,000% – 10,000% profit the speculators get from

greenfield development–depriving speculators of income. Such a tax would be progressive, too, in contrast to the regressive increases in sales taxes, which is most of what’s proposed now, never mind the regressive requirement that every driving age adult own an auto.

Alternatively, environmentalists could lobby for something like the German solution. In Germany, before they get entitlements to build, developers must sell the land to the local government at the agricultural land price, then re-purchase it at the upzoned price. All of the unearned increment accrues to the benefit of the public.

And public services in Germany are very good indeed. Their infrastructure and education system are first class. College tuition is free, even for foreigners, and the arts budget for the City of Berlin exceeds the National Endowment for the Arts for the U.S.of A.

On top of the built-in financial incentive for speculators, typical California planning practices prescribe uses (residences, commerce, offices, etc.) often decades in advance of actual development–an impossible goal, which de-legitimizes planning in general. Form-based planning–build big, medium, and small buildings, leaving uses for the market to discern–would avoid the futility of such speculative predictions, and permit genuine planning. At present, changes to use-based plans are often the rule, not the exception.

How widely ignored is local planning? At the height of the recent real estate bubble in 2004, more than 30,000 acres in the Sacramento region were proposed for rezone. Currently planning offers something that barely qualifies as a suggestion, much less a plan.

The City of Houston specifies minimum lot sizes, and road standards to guide its development. It has no planning department. So ineffective is current planning that few significant design differences exist between Houston, which has no planning, and Sacramento. Some politically-concerned friends noted: “But Houston flooded during the hurricanes!” That’s true, but the flood risk Sacramento faces is second in the nation only to New Orleans, which suggests planning is not helpful in flood prevention here. After all, Sacramento developed North Natomas, a twenty-foot-under-water floodplain surrounded by weak levees.

Jane Jacobs’ Life and Death of the Great American City says this: Modern planning is positively neurotic in its willingness to embrace what does not work and avoid what does….It’s a form of advanced superstition, like 19th century medicine, when Doctors believed bleeding patients would heal them.

Unfortunately, many environmentalists are retired planners who spent their work lives practicing a designed-to-fail planning process. Consequently, advocating something other than participating in the current planning paradigm would be a stretch for some environmental organizations. Even if we ignore the way gentrification evicts the poor, the default of what’s built in our region now has only slightly improved as Sacramento’s City center gentrifies, despite decades of environmentalists’ efforts. The predominant development locals propose is not environmentally-friendly, low-impact design, it’s low-density, single-use, auto-centric sprawl.

Besides land speculation, environmentalists need to pay attention to the economics of land use reflected in building fees. Building fee amounts range all over the map for the region. Butte County’s fees were roughly $10K per door more than a decade ago, while Folsom’s building fees are $70K per door (Note: “per door” is a rough measurement, cited here to highlight the inter-jurisdictional comparison, and does not reflect the precise way fees are charged).

The price of infrastructure is not 700% higher in Folsom than in Chico (Butte County), but one thing Proposition 13 meant is that if a local government does not collect the cost of infrastructure in those fees, they will never get it. Butte County threatened bankruptcy when it charged those low fees because building fees did not cover the County’s infrastructure expenses for new buildings.

What should building fees be? Who knows? Such fees are the subject of intense influence peddling, and the process of setting them is hardly transparent. Environmentalists could do us all a service by publishing the kinds of fees that would cover the public’s costs. At least then we would know what development is subsidized, too–something that might actually support social justice, too.

And speaking of finance, some builders actually want to build low-impact, environmentally-friendly development, but to do so they need the lenders’ support. Since commercial banking is notoriously conservative, and reluctant to lend for anything but the most conventional design, a publicly-owned local or regional bank that would lend on environmentally-friendly projects would be an obvious solution. Not only could such a bank fund environmentally-responsible projects, like affordable housing above the retail in our shopping centers–and such “lifestyle centers” reportedly are more profitable than the single-use commerce in the suburbs–it could recycle its profits into the local public realm.

Often, the best environmentalists, dedicated attorneys and retired planners are busy finding fault with specific projects, filing petitions, commenting on environmental impact reports, practically to the point of burnout. They need to step back a moment and include the vision of the alternative–and the financing for it–or they’re missing the boat.