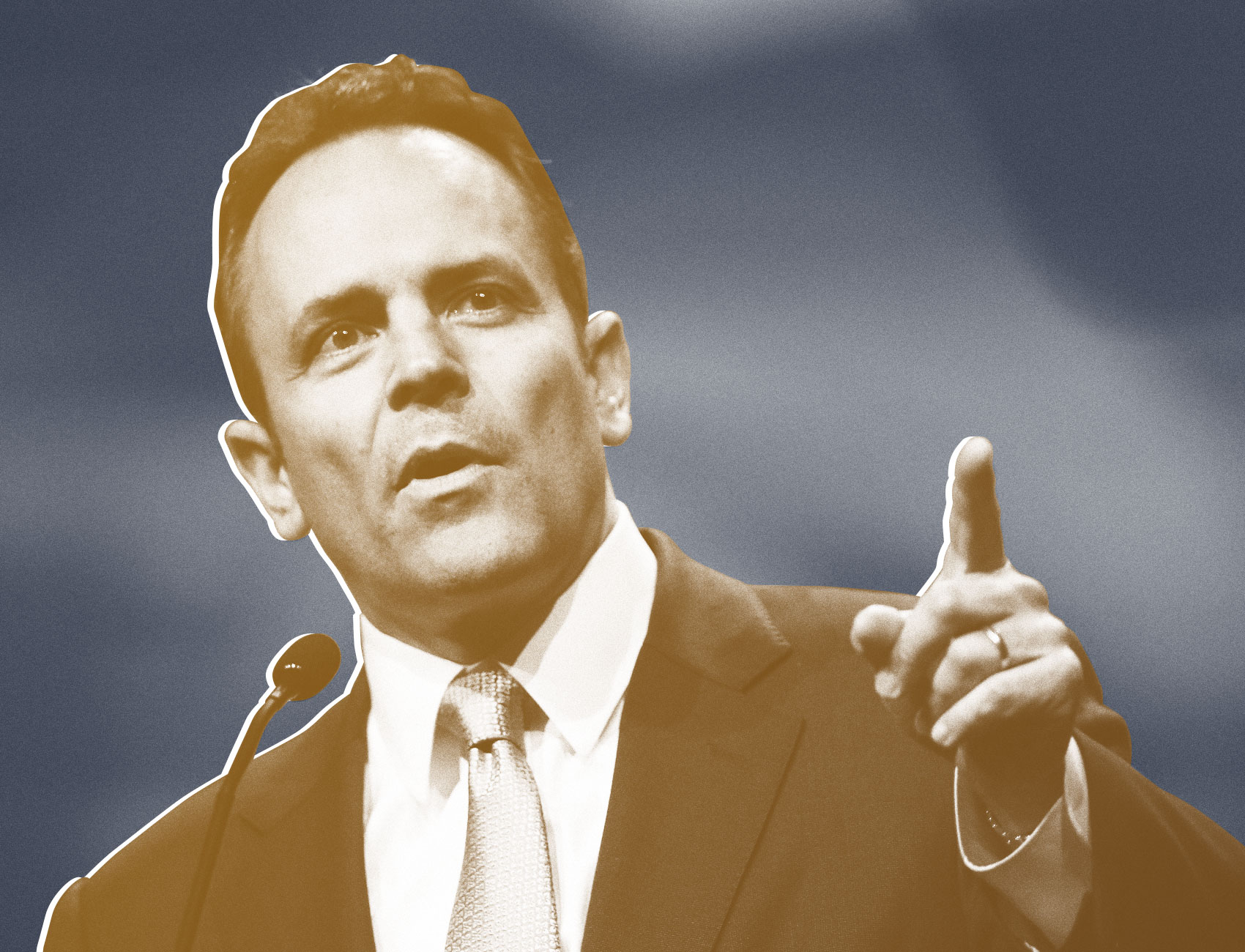 Sensational headlines may score short-term partisan points, but long term they contribute to a toxic culture of Willie Hortonism.

The public’s perception of crime is often significantly out of alignment with the reality. This is caused, in part, by frequently sensationalist, decontextualized media coverage. Media Frame seeks to critique journalism on issues of policing and prisons, challenge the standard media formulas for crime coverage, and push media to radically rethink how they inform the public on matters of public safety.

News went viral last week after the departing pro-Trump Republican governor of Kentucky, Matt Bevin, pardoned and commuted the sentences of hundreds of prisoners. A torrent of headlines and thousands of tweets decried his decision to release “violent criminals” convicted of all types of heinous and shocking crimes.

“Kentucky’s Republican Governor Pardons Hundreds, Including Convicted Murderers and Rapists, Before Leaving Office” one Slate headline read, before being revised in later versions. “On His Way Out The Door, Bevin Pardons Multiple People Convicted Of Heinous Crimes” another in Talking Points Memo added. A CNN tweet read, “Former Kentucky Governor Matt Bevin issued 428 pardons in his final days in office in November, including a man who killed his parents, another convicted of reckless homicide, and a woman who threw her newborn in the trash.”

A tweet by Shannon Watts, a popular political commentator and the founder of Moms Demand Action for Gun Sense in America, read: “On his way out of office, the Kentucky Governor pardoned a man who was found guilty of cutting a woman’s head off after she broke up with him, and a man who had photos of minors performing sexual acts on his phone.” It racked up over 8,600 retweets. “Defeated GOP governor pardoned violent criminals in a spree lawyers are calling an ‘atrocity of justice,’” the Washington Post declared.

Clearly, this was a prima facie case of a rogue, bitter departing politician unleashing hordes of violent criminals on the electorate, right? Upon further review, it isn’t so simple.

First, it’s important to note that one of the 428 cases, that of Patrick Baker, did have a potential political motive. Baker, according to Slate, “served just two years of a 19-year sentence for reckless homicide, impersonating a police officer, and tampering with evidence.” He was convicted of a 2014 home invasion murder in which he killed a father in front of his family. Baker’s brother raised $21,500 last year for Bevin’s 2015 campaign debt.

Setting aside this potential conflict, however, it’s not clear what the outraged commentators think Bevin has to gain from the other 427 cases.

Bevin has previously claimed his support for prison reform was motivated by his “Christian faith,” and given the political outcry (coming most strongly from his fellow Kentucky Republicans) and the total lack of political power of those he freed, there’s little reason to believe this isn’t the case here. Indeed, his recent history of criminal justice reform shows this act is not out of his political character. What, one is compelled to ask, do people think he is releasing these prisoners for? Is he in the pocket of Big Formerly Incarcerated Person? Is he a cartoon villain engaging in evil for evil’s sake? The question of intent isn’t broached, much less answered, by the above outlets.

Instead, what one gets is a predictable torrent of salacious headlines and decontextualized moralizing. One headline by a Lexington NBC affiliate read, “Mother appalled by Bevin’s pardon of child murderer” refers to a case where the accused was 17 when he said he accidentally dropped his infant child, resulting in the baby’s death. He has served 18 years—his age at the time of his arrest and other mitigating factors, of course, were ignored in the totalizing label of “child murderer.” Omitted from the local news article itself is that the man claims that his trial attorney refused to explore any possibly exonerating mental health defenses—an issue that went all the way to the Supreme Court.

Other important context left unmentioned from these reports is that, according to the Lexington Herald-Leader, most of the people Mr. Bevin freed were “low-level drug offenders serving low-level drug convictions” and, Bevin claimed, the “vast majority of those who were pardoned, have actually been out of prison for years and had fully paid their debt to society.” (The Appeal could not independently verify this since supporting documents are not publicly available yet.)

Unfortunately, we live in a media culture where headlines matter as much if not more than the article itself. The hysteria around Bevin’s pardons contributes to what I’ve previously referred to as “Willie Hortonism”—stories framed by misguided moral outrage that paints politicians who engage in prison reform as pro-child murder, pro-rape and, more or less, super happy with mayhem and death. Such coverage creates a disincentive for politicians across the political spectrum to release people from prison because that’s the only sure-fire inoculation against exactly the kind of sensationalist press coverage that Bevin is receiving.

Some outlets, such as Vox, provided a more nuanced framing. But even Vox—just like write-ups in the Washington Post, Slate, and Talking Points Memo—did not quote a single prison reform activist (excluding Bevin himself, if one could consider him a “reform activist”), incarcerated person, or family member affected by Bevin’s decision, continuing the mainstream media’s near entire blackout of voices of reform activists and prisoners in its prison coverage.

There are, of course, several good reasons to dislike Bevin, and he is certainly worthy of pointed criticism for his anti-immigrant fearmongering, attacks on reproductive rights, and cuts to public education. But when it comes to his choice to free people from prison, liberals should refrain from attacking from the right, further fueling our decades-long culture of anti-reform posturing.

Politics makes strange bedfellows, and as criminal justice reforms make headway in the evangelical community, alliances will most likely get even stranger. Instead of attacking conservatives—whatever their reasons—for attempting to reduce our world-leading jail and prison population, the left should be welcoming those actions and creating space for others to follow suit. This kind of media pile-on sends a clear warning to others in Bevin’s position: If you free people from prison, you risk being painted as a child-murderer-loving sociopath.

Share:
Tags:Criminal Justice ReformMatt BevinPardons
Previous : Commentary: Rising Housing Prices Force People Out of Davis, How Will Davis Respond?
Next : Guest Commentary: What A Year It’s Been For VCE