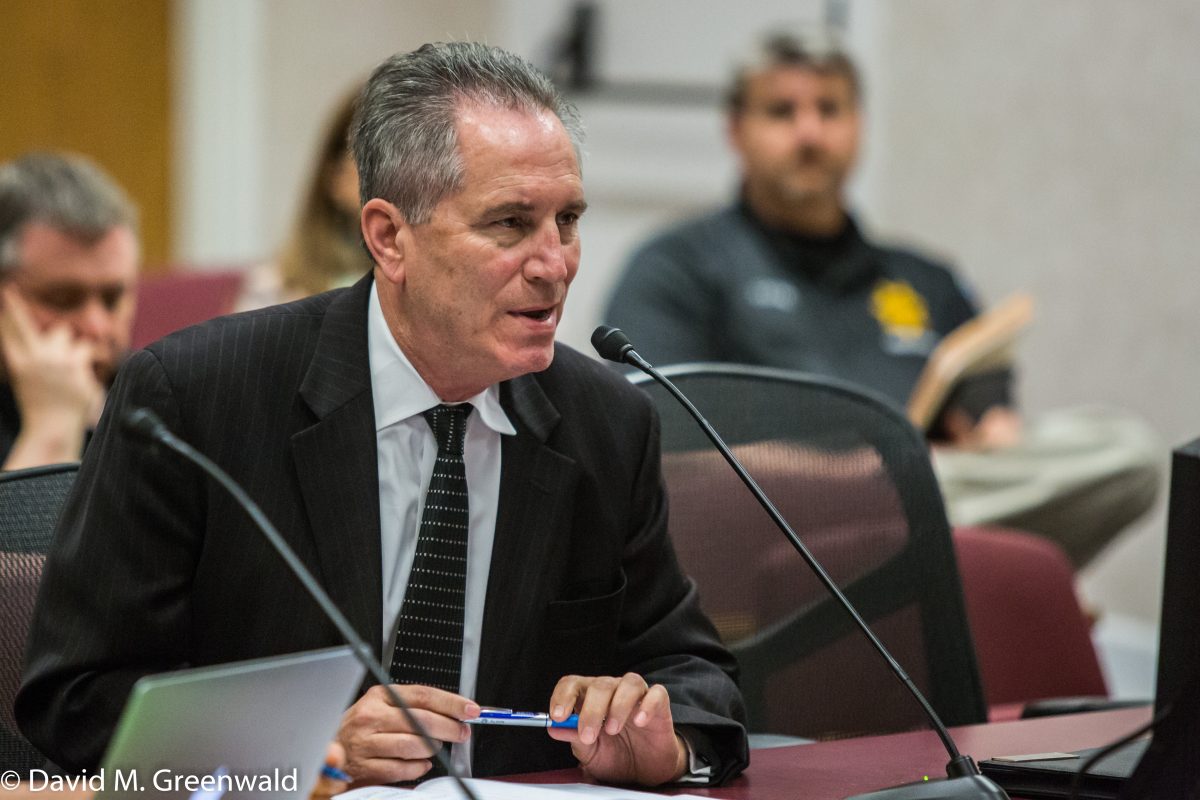 The city of Davis efforts at police oversight really began in 2005 and 2006, resulting in the creation of the Police Ombudsman.  This occurred nearly a full decade before a national debate on policing started in 2014 over incidents in Ferguson and Staten Island, NY.

Even with the passage of the use of force changes in California this year (finally), California is well behind other states in issues of transparency.  For years we have wanted to see a public accounting of police incidents – and the city deserves a lot of credit for finding a way to make the 47-page Police Audit Semi-Annual Report available to the public and online.

The Auditor definitely presents an overall more rosy picture of the DPD then I would.  In his introduction, he makes two critical point.  He finds, “DPD is not plagued with widespread issues of officer misconduct. In fact, of the six cases reviewed, none of them resulted in a finding of a formal policy violation.”

While he has concern about the “customer service” area, he does not find fault with the specific actions of police officers.

My view is a bit different.  First, I think to a large extent we are simply scratching the surface right now of complaints and problems.  Following the Picnic Day incident, we have noted the presence of a number of officers who have represented an ongoing problem.  That number was somewhere between 6 and 10 – a fairly high percentage for a small department.

By some fortune, it seems some but not all of those officers have departed.

A secondary concern that we have expressed has been the problematic nature of some of the warrant servings and raids that accompany those warrant servings.  We still do not have good data with

respect to numbers.  This was definitely of concern with the acquisition of the armored vehicle.

In this light, the two issues raised by the police audit report that are of most concern are the raid on the wrong house – that resulted in an innocent man being taken from his home in the middle of the night at gunpoint, based on faulty GPS information.  The second was the arrest of Sander Findlay on kidnapping charges that resulted in 20 months in custody as his public defender had to prove him innocent.

Most alarming in that case was the fact that, but for the vigilant defense by Deputy Public Defender John Sage, this man could have been incarcerated far longer.  Michael Gennaco said both privately and publicly that the key failures here were not just DPD – but his purview, of course, is limited to DPD.

In both cases, a judge signed off on the key portions of the warrant.  The warrant was signed by a judge.  It was lawful.  The identification process was defended by a Deputy DA and allowed to stand by a judge.  That points to a deeper problem with the system.

As Mr. Gennaco pointed out at Thursday’s Police Accountability Commission meeting, he did not believe that the defendant was held in custody on the basis of the identification.  That points to much deeper problems with the system here, because, in the end, Mr. Findlay was proven innocent – the interlocking device in his car had GPS placing him with his cell phone at Lake Berryessa.  Based on that information, acquired by the public defender, the DA was forced to reluctantly drop charges.

Nevertheless, the identification process, done by an experienced Davis Police sergeant – it would appear from the transcript we have to be Sgt. Mike Munoz – was problematic. Given that the young victim, 12 years old at the time, only saw the man through the mask, Sgt. Munoz constructed a line up by placing paper over the six individuals’ faces to reveal only the eyes.

How the victim would be able to identify the “correct” individual in the first place leads one to wonder exactly what kinds of non-verbal cues and conscious and subconscious “suggestibility” the police officer was conveying.

Mr. Gennaco correctly notes that the new law will prevent this – requiring both the double-blind process as well as the video recording to allow him to better assess what went wrong.

The IPA in his report then writes that he “was concerned about the advisability of even conducting an identification procedure considering the limited opportunity the victim had to view the perpetrator and the fact that he was wearing a mask that covered his nose and mouth. In short, the juvenile victim had scant identifying information upon which to base her identification.”

But, as he points out, the Deputy DA in this case defended the identification and Judge Samuel McAdam, despite Mr. Sage challenging it in court, upheld it.

In fact, the judge went so far as to point out that “picking him out of a photo lineup, which when I reviewed the photo lineup, was compelling to the Court.”

Judge McAdam in his ruling noted: “The six people, when they had their lower half of their face covered, it was difficult to distinguish features.  It is clear from the child’s testimony as relayed by the police officer that she got a very good look and sounds like it was a child of some maturity, that she was able to provide such detail, and the Court was impressed with that testimony as it came through the officer.”

Of the judge’s assessment, the auditor notes: “So that’s most compelling piece of evidence that the Court heard to support these two crimes.”

What is troubling here is that she clearly got the identification wrong.  It was 2017 – after we had over a decade’s worth of evidence talking about the unreliability of such eyewitness testimony, particularly from a young witness who had an obstructed view – and yet, despite that research, the judge not only accepted the ID, he found it compelling.

This case is probably a poster-child case for why we need AB 923, which requires double-blind identification processes as well as recording.  But why we need a state law here is troubling, when common sense should have suggested that this was a bad identification.  And yet, a judge who is supposed to be the gatekeeper ignored the research to the contrary and allowed an innocent man to languish in custody for 20 months.

The raid is also troubling.  As we described it yesterday, there was a murder suspect, GPS information placed him at a Davis residence, 20 officers served the warrant at one in the morning, they ripped up his place, didn’t find the guy, turns out he was 70 miles away and this guy was completely innocent.

The report focuses on the city’s denial of a claim to reimburse the resident for damages and the auditor’s efforts to get the city to do the right thing.

But this again is troubling – we have noted over the last few years a lot of bad raids in Davis or using Davis officials to do them.

The commissioners were concerned with what went wrong with the GPS.

The process here is still troubling.

The auditor concludes that the Davis PD had “a legal right to execute the search and arrest warrant it had appropriately obtained.”  He further noted, “In attempting to apprehend the suspect in a serious crime, the Department relied on investigative information provided by another agency.”

He adds, “That information had also been vetted by the District Attorney’s Office and authorized by the reviewing judge prior to the search operation. Moreover, because of the dangerousness of the suspect being sought, Davis PD needed to conduct a significant operation in order to safely execute the warrant. As a result, it was both appropriate and reasonable to order the male resident out of his home at gunpoint, briefly handcuff him for officer safety purposes, and keep him out of the residence until the search for the suspect was completed.”

Vetted by the DA’s office.  Approved by a judge.  This clearly calls a lot of this process into some question, especially when technology serves as the basis for these raids.

Understand these raids are damaging to people.  They disrupt lives.  They cause trauma.  They cause humiliation.  And as we have noted at times they lead to unnecessary injuries and deaths.

What we see time and time again – not just here – is that bad information leads to tragedy.  And in this case, the guy was fairly fortunate that he woke up and was apprehended quickly without incident with himself or his dog.

Michael Gennaco was supportive of a more aggressive after-action assessment by the department.  They seemed to simply take the stance of, oh well, the city was going to deny the action and they were going to move on.

Mr. Gennacco points out that the city could clearly defend a denial of the claim, but argued that a “balancing of the broader equities in this case suggested a different result.”

He said, “Most obviously, this is because the residents were being asked to absorb the consequences of an operation that was flawed at the most basic level: namely, the assumption about the suspect’s presence.”

Once again, both of these cases shine troubling light on the DA’s office and the judges.  Both signed off on these flawed incidents and neither have made any public showing for the mistakes that were made.