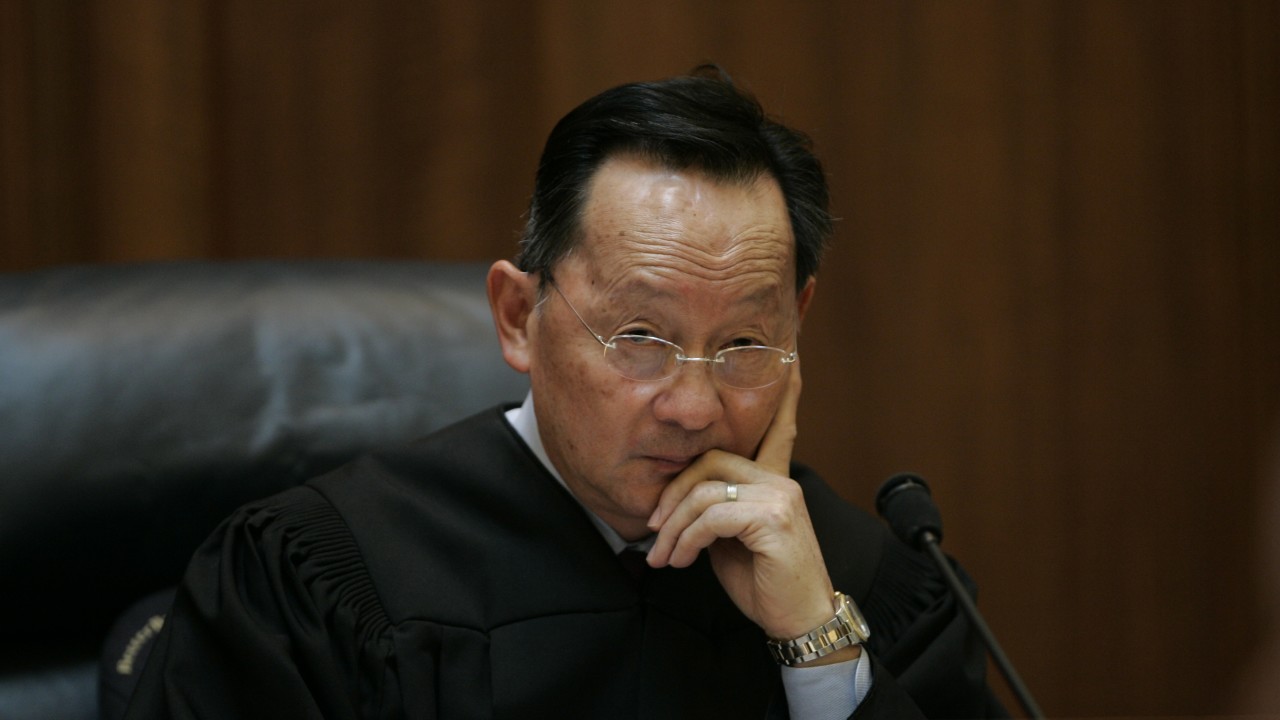 On January 15, California Supreme Court Justice Ming W. Chin announced he will be stepping down on August 31, which provides Governor Gavin Newsom his first court vacancy to fill.

Justice Chin, 77, has served on the court since 1996 – a total of 25 years. He was appointed by former Governor Pete Wilson, a Republican, and is the first Chinese American and second Asian American to serve on the court.

He was appointed during a time when he was considered a moderate in a conservative court. Now, with the California Supreme Court’s Democratic majority, Chin is considered the most conservative member. Newsom’s first appointee will make the court five out of seven justices appointed by Democrats.

Chin is set to turn 78 on the day of his retirement and “presumably announced it Wednesday to give Newsom plenty of time to vet candidates for his first appointment to the state high court,” stated the LA Times. The SF Chronicle stated Chin is retiring because he wants to “smell the roses” and spend more time with his family.

During his announcement, Chin stated a Court of Appeals judge considered his rulings to be noted for their “clarity and courage.”

In his first year in office, he asked to have a case concerning a state law requiring minors to obtain parents’ consent for abortions a four-majority ruling overturning to be reheard before the

decision was made final, leading to the case being overturned with a 4-3 vote.

That same year, the court made a ruling allowing battered woman’s syndrome, or a behavioral condition that experts say afflicts women who are systematically abused, to be considered part of a self-defense claim for murder trials. He hopes this to be one case he is remembered for.

In 2001, Chin wrote a court decision stating gun manufacturers weren’t liable for negligence even if their weapons were used in a crime.

Chin has also been noted for rulings that are considered more conservative.

In 2008, he dissented with two other jurors on overturning California’s same-sex ban, stating it was for the electorate and Legislature to decide. In 2011, he wrote the 5-2 decision allowing police officers to search arrestees’ cell phones without a warrant.

In 2014, Chin was the lone dissenter in a ruling that said the public has the right to learn the names of police officers involved in shootings unless there was evidence that disclosure would endanger the officer – he stated the ruling would reveal, “potentially incendiary information.”

Chin is also considered the court’s most expert justice on forensic evidence and, according to the SF Chronicle, “at the request of the National Institute of Justice, he led a working group that drafted an online training program for judges in science-related cases.”

He was called by the LA Times “a pioneer because of his ethnicity… [being] active in groups designed to overcome ethnic prejudice.”

In his judgeship application in 1989, Chin wrote, “I am very proud to have opened some doors for others of my ancestry, but I will be most proud when it is no longer unusual for minorities to hold the kinds of positions in which I have had the privilege to serve.”

He was the youngest of eight children to Chinese immigrants and grew up working on a potato farm. Chin later fought in the Vietnam War and earned a Bronze Star.

The court justice received his law degree from the University of San Francisco and worked as a prosecutor in Alameda County before being appointed to court judge, followed by San Francisco’s Court of Appeals, and then later appointed in 1995. He was confirmed in 1996.

Of the potential appointees, the LA Times notes, “Court of Appeal Justice Therese Stewart, one of the legal leaders in the fight for same-sex marriage.” Stewart had defended the 2004 decision to defy the marriage ban and wrote legal acumen cited in the decision against the ban.

In 2014, Stewart was appointed by former Gov. Jerry Brown on a San Francisco-based court of appeal. If she is appointed, Steward would be the court’s first openly gay justice.