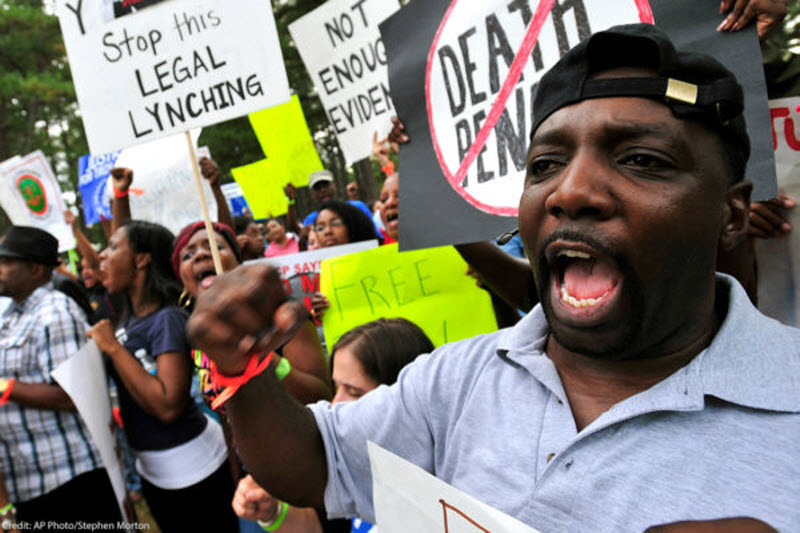 The emotional and psychological toll of the death penalty on the people forced to carry it out too often goes unmentioned. Chinonye Chukwu’s new film addresses it head on.

People on death row are the direct object of a deeply flawed system of state killing that is infected by racial and economic disparities and riddled with fatal errors. We currently know of at least 166 innocent people who were wrongfully condemned to die.

“Clemency,”  a new film starring Alfre Woodard as a prison warden, explores the brutalizing effect the death penalty has on everyone else in the system — the wardens, prison guards, chaplains, defense lawyers, and their families, as well as the families of the victims and the condemned. The searing power of “Clemency” is its ability to portray the price paid by everyone involved in the death penalty, including, by extension, our society — you and me.

In 1994, after having consistently voted to uphold capital punishment for almost 25 years, Supreme Court Justice Harry Blackmun declared, “I shall no longer tinker with the machinery of death”

because “the death penalty experiment has failed.” “Clemency” looks searchingly at all the broken cogs and wheels in that deadly machinery.

The writer and director of “Clemency,” Chinonye Chukwu, was inspired to make this film the morning after a Black, potentially innocent, man named Troy Davis, was executed in a Georgia state prison in 2011. Leading up to his execution, hundreds of thousands of people protested against it, including a handful of retired wardens. These wardens urged the Georgia governor to grant Troy clemency, not just on the grounds of his potential innocence, but also because of the emotional and psychological consequences they knew killing Troy would have on those sanctioned to do so.

After Troy was executed, Chukwu decided to make a film that explores the emotional and psychological consequences of having one’s livelihood tied to the taking of human life. Informed by the experiences of wardens, corrections officers, death row lawyers, and formerly incarcerated as well as exonerated individuals, “Clemency” is grounded in the experiences of those closest to the system of incarceration and depicts a startlingly realistic look into the soul-killing toll the death penalty is taking on our country.

Late in the film, wracked by fits of sleeplessness and nightmares, her marriage on the rocks, Warden Williams cries out, “I am alone and nobody can fix it.” We don’t know what she will do. But after watching “Clemency,” we are reminded that those who care about justice and the dignity of every human life are not alone. We can fix it. We can abolish the death penalty once and for all.

Stephen Rohde is a Board Member of ACLU of SoCal

3 thoughts on ““Clemency:” Exposing the Machinery of Death”