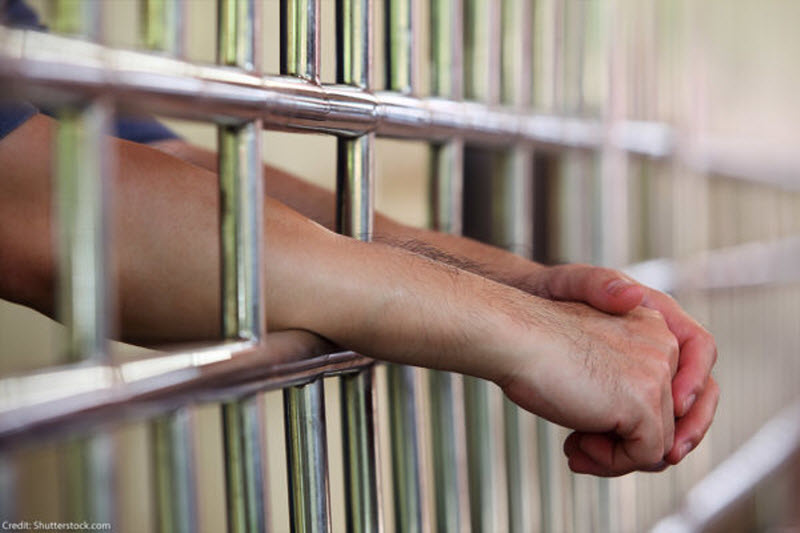 The vast number of cases brought under our system of mass incarceration means that plea bargaining is the only way for courts to get through the sheer number of cases in their dockets. This system lacks process, fairness, and often even rule of law.

In 2006, George Alvarez was charged with assaulting a prison guard while awaiting trial on public intoxication. He knew he didn’t do it — the guards actually jumped him — but the ten year mandatory minimum sentence at trial scared him so much that he pled guilty. Little did he know that the government had a video proving his innocence, but they buried it long enough for prosecutors to extract the plea first. George spent almost four years behind bars fighting for his innocence before finally being exonerated.

In 2015, Lavette Mayes got in a fight with her mother-in-law. She had no criminal history and had sustained injuries herself, yet a prosecutor charged her with aggravated assault, and a judge set her bail at $250,000. Unable to pay, she spent fourteen months in jail awaiting trial, unable to see or touch her children once. She lost her job. She developed health problems. Even after getting released on bond and downgraded to an ankle monitor, she struggled to resume her previous life due to the trauma she’d experienced while incarcerated. So instead of spending years fighting her case in failing health, she pled guilty to end the ordeal.

Just last year, the state of Georgia executed Ray Cromartie for a 1994 murder. The case against him was paper thin and Cromartie maintained his innocence until the end, but Georgia denied every request for DNA testing that could have set the record straight. A lesser-known fact about the case is that 20 years ago, Georgia prosecutors offered Cromartie a plea deal under which he could have been paroled after seven years and free by now. But Cromartie refused to admit guilt, and so the state retaliated by seeking the death penalty and ultimately killing him.

These heartbreaking stories illustrate the damned if you do, damned if you don’t nature of criminal justice in America today. Succumb to coercive tactics like evidence suppression and pretrial detention like George and Lavette, and begrudgingly accept a conviction with lifetime consequences. Or assert your constitutional rights, like Ray, and face certain retribution.

This impossible choice we call plea bargaining takes place tens of thousands of times every day in America. It’s how over 95 percent of all state and federal convictions occur, with minority defendants receiving disproportionately worse offers. In fact, in 2012, the Supreme Court said that “plea bargaining . . . is not some adjunct to the criminal justice system; it is the criminal justice system.”

Criminal case dockets have become so bloated in the last fifty years as Americans have disastrously over-relied on the criminal legal system to solve all our problems. Pressure-packed, conveyor-belt plea bargaining has become the only release valve. The grossly divergent sentences offered to defendants who plead guilty versus those who don’t — often called the “trial penalty” — proves just how divorced from public safety, justice, or even rationality this system is.

Plea bargaining would be an acceptable way to resolve criminal cases if it were a fair fight between prosecution and defense. But it’s not. Since roughly the 1970s and the accompanying War on

Drugs, prosecutors have been handed — and in many cases lobbied for — increasingly punitive tools to pressure defendants to take bad deals. These tools include:

In other words, plea bargaining as practiced today has turned our criminal legal system into a cheap backroom shakedown. There is virtually no process, much less due process. Defendants’ lives are determined primarily by power dynamics and leverage, not facts and law. And it all occurs almost entirely behind closed doors, rather than in front of a judge, a jury, and the American public, as the Founders intended.

To be fair, jury decisions aren’t perfect. Juries are made of people, and people are flawed, biased, and often vindictive. They often get the verdict and/or the sentence wrong. But they’re drawn from a reflective pool of the community; in all states but one, they have to return a unanimous verdict; they get to review all the evidence; and when they get it wrong, defendants can appeal. None of that is true of the typical plea bargain in America today.

We don’t need to eliminate all plea bargains or punish all prosecutors and judges to fix the problem. Indeed, if negotiated fairly, plea deals can be beneficial to all sides and promote justice and public safety. But we need to establish commonsense guidelines around the process, such that defendants who want to negotiate can do so on a level playing field. All we ask is a fair fight.

We see this as a critical step toward ending our mass incarceration crisis, so we’re embarking on a nationwide campaign — working with advocates, defenders, prosecutors, and directly impacted communities — to educate the public and establish these rules of the road. We’ll have more for you on this front. Stay tuned!