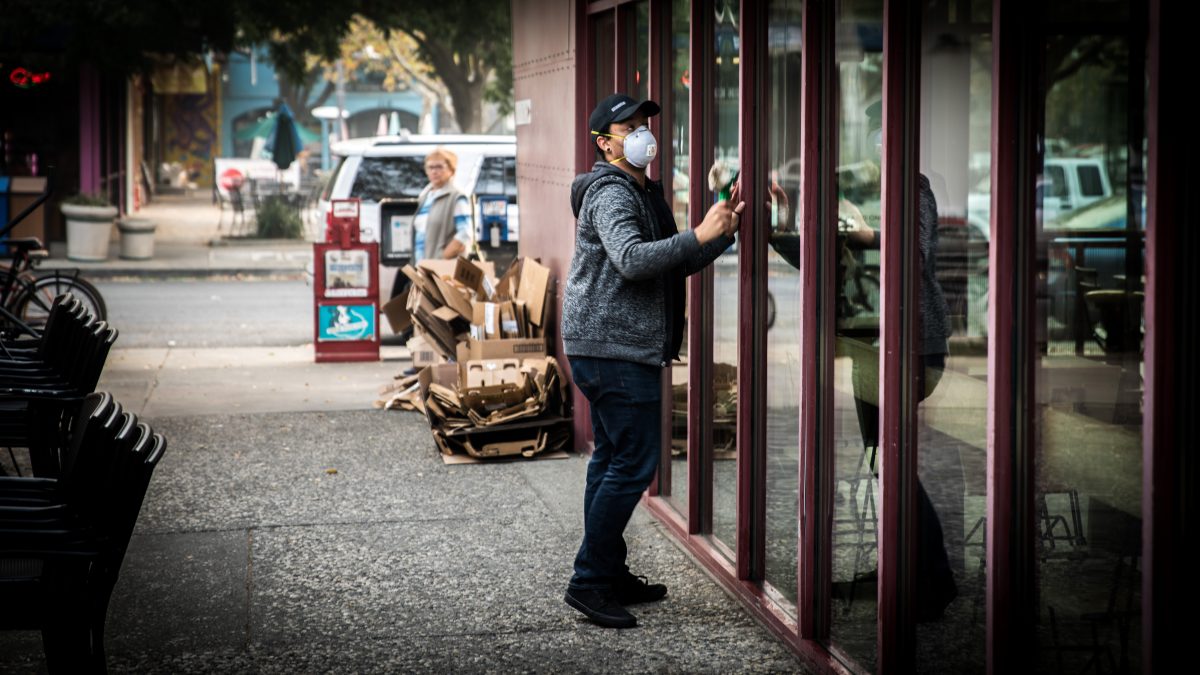 I recently had an interesting conversation with a long-time firefighter, and naturally the conversation turned to that of climate change.  In many ways, firefighters are on the front lines of the climate change fight – they see the effects and the changes much more closely than the rest of us.

The big thing he noticed in 30 years has been the changing nature of the fire season.  It used to be that, while they would have fires into the fall, once they got to the end of September, they were largely in the clear.  Now they are having catastrophic fires into October and November.

The catastrophic fire in Paradise, California, started on November 8, 2018, on Camp Creek Road.  While it began with a faulty electric transmission line, the fire itself was fueled by the combination of drought, the late start to the rainy reason (normally the area has received five inches of rain by November 12 but had less than a quarter-inch), and strong dry winds that have been the result of intense high pressure systems persisting later and later into the year.

The combination of these factors was catastrophic and believed to be intensified by climate change.

It is not just California burning.  On the news right now as I write, Australia has declared a seven-day state of emergency as deadly bushfires rage.

CNN reports: “The Australian fires have been burning for months now, and aren’t likely to stop anytime soon — Australia is still in the early months of summer, and temperatures typically peak in

The worst part is, for Australia, we are at the beginning, not the end of fire season.

CNN adds: “Australia typically has a fire season during the dry, hot summer — but this year’s weather conditions are more extreme, leading to more devastating blazes. The country is gripped by one of the worst droughts in decades, and a heatwave broke nationwide records in December.”

The kicker: “Experts say climate change has worsened the scale and impact of the fires, and many have accused the Morrison administration of not doing enough to address the climate crisis.”

Yesterday, climate scientist Michael Mann wrote an op-ed in  the Guardian, noting that “my work has brought me to Sydney where I’m studying the linkages between climate change and extreme weather events.

He writes, “The warming of our planet – and the changes in climate associated with it – are due to the fossil fuels we’re burning: oil, whether at midnight or any other hour of the day, natural gas, and the biggest culprit of all, coal. That’s not complicated either.

“The continent of Australia is figuratively – and in some sense literally – on fire,” he adds.

It was Michael Mann who wrote an op-ed in November of 2018 (six days before the Camp Fire) in the Washington Post, “It’s not rocket science: Climate change was behind this summer’s extreme weather.”

He noted: “Summer 2018 saw an unprecedented spate of extreme floods, droughts, heat waves and wildfires break out across North America, Europe and Asia.”

To repeat, “It’s not rocket science,” he wrote then as now.  “Climate scientists have become increasingly comfortable talking about these connections. Much like how medical science has developed key diagnostic tools, we have developed sophisticated tools to diagnose the impact climate change is having on extreme weather events.”

It’s not just fire and drought being fueled by climate change.

They warn: “As the world warms, scientists say that abrupt shifts in weather patterns, like droughts followed by severe floods, are intensifying.”

They write: “From 2011 to 2016, California experienced five years of extreme drought, during which numerous high temperature records were broken. These hot, dry years were followed by the extremely wet winter of 2016 -2017, when, from October to March, an average of 31 inches of rain fell across the state, the second highest winter rainfall on record.

“All that rain meant a bumper crop of grasses and other vegetation, which, as hot and dry conditions returned, likely contributed to a combustible mix of fuels that played a role in the severe fires that have swept California in the past two years.”

They have given these wild swings a name – “climate whiplash” or “weather whiplash.”  They warn: “[S]cientists say is (this) likely to increase as the world warms. The intensity of wildfires these days in places like California are a symptom of climate change, experts say, but the whiplash effect poses a different set of problems for humans and natural systems.”

The problem is expected to get worse.

They write: “Researchers project that by the end of this century, the frequency of these abrupt transitions between wet and dry will increase by 25 percent in Northern California and as much as double in Southern California if greenhouse gasses continue to increase.”

“There has been an assumption that the main thing we have to contend with climate change is increased temperatures, decreased snowpack, increased wildfire risk” on the West Coast, said Daniel Swain, a climate scientist at the University of California, Los Angeles. “Those things are still true, but there is this other dimension we will have to contend with — the increased risk of extreme flood and drought, and rapid transitions between the two.”

Montecito, California, is a great example.  One of the worst wildfires swept through the region last year and then, “[w]eeks later, torrential rains fell on the burned ground, causing mudslides that wiped out houses and killed 21 people.”

That means what we have to face are ferocious droughts and wildfires and heatwaves, followed by tremendous storms and floods.  Sometimes in the same year.  Sometimes over the course of the next few years.

It also means that we can see extreme weather deeper into the fall.  Times when we used to be out of the woods could now be times of the greatest tragedy.