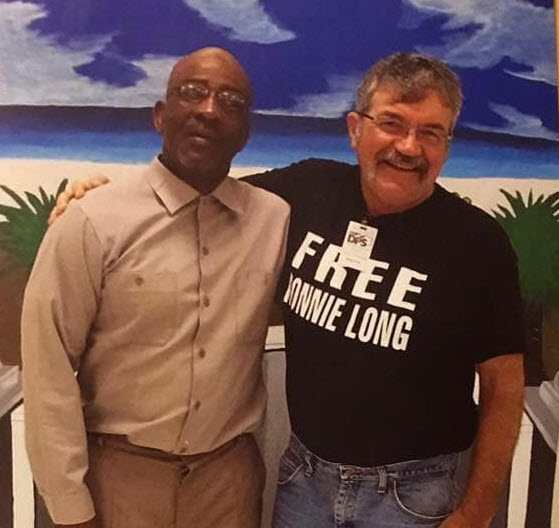 The United States Fourth Circuit Court of Appeals released an opinion upholding the denial of an application for a federal writ of habeas where DNA evidence had been withheld 30 years after the case.

Ronnie Long is currently serving two life sentences after being convicted of rape and burglary in 1976 by a North Carolina jury. In his second application for a federal writ of habeas corpus, he argued the court “unreasonably applied Brady v. Maryland, 373 U.S. 83 (1963), when evaluating evidence disclosed to him for the first time thirty years after his trial. The district court disagreed and granted the state’s motion for summary judgment.” The Fourth Circuit decided to affirm the decision with the 22-page majority opinion written by Fourth Circuit Judge Richardson and supported by Fourth Circuit Judge Niemeyer. Fourth Circuit Judge Thacker wrote the 26-page dissenting opinion. The entire opinion was filed on Jan. 8, 2020.

In a statement from his attorneys Jamie Lau, Theresa Newman and G. Chris Olson, “our hearts break for Ronnie, who has lost more than 43 years to a wrongful conviction. He is innocent.”

They added that “we are disappointed and saddened that the State persists with arguments the dissent correctly characterized as ‘offensive,’ ‘ridiculous,’ ‘nonsensical’ and meritless.”

They noted, “Forensic test results favorable to Ronnie were hidden by State actors. Law enforcement officers lied under oath after misleading Ronnie’s trial lawyers and burying evidence which would have cast doubt on this misguided prosecution.”

The majority opinion focuses on the potential probative value withheld by the error rather than the occurrence of an error, stating:

“Although Long shows the state court’s summary conclusion misstated the burden of proof for Brady claims, that error does not entitle Long to habeas relief… This reasonable finding adequately supports the state court’s decision that any newly disclosed evidence falls short of the kind of materiality that Brady require.”

On Apr. 25, 1976, a man broke into the home of a 54-year old woman, demanded money from her, and raped her. The woman, the now-deceased Sarah Bost, ran to her neighbor’s home unclothed after the

incident and her neighbor called the police.

When the Concord Police Department arrived, she described being “‘attacked and raped by a black male wearing a leather coat, toboggan, and gloves.’ She described her attacker as around five foot five inches to five foot nine inches tall, with a ‘slender build and slim hips’ and a thin mustache.” She would later be taken to the hospital and examined.

Ms. Bost remained in the hospital for five days and, when shown a line up of 13 male suspects, she did not identify a suspect. None of the pictures featured Mr. Long.

Less than two weeks later, officers discovered a similar burglary and rape case in Washington, D.C., where the victim had found Mr. Long’s Social Security card. Ms. Bost was asked to come to the courthouse and was told “that the man who raped her may, or may not, be present in court and that she should discretely notify them if she identified him.” She was also recommended to bring a friend and a disguise.

Mr. Long was asked to come to the police station, to which he obliged and permitted having his car searched. In the vehicle was “a pair of black gloves over the visor, a green toboggan under the driver’s seat, and several matchbooks.” The defendant’s shoe prints were also recorded at the time. He was arrested and charged.

The trial took place in September 1976 where the majority opinion focuses on the defense’s case: the defense made a motion to suppress Ms. Bost’s identification due to it possibly being tainted by the officers’ actions, and the motion was denied; the defense noted the lack of physical evidence tying Mr. Long to the crime; Mr. Long also had an alibi where his mother could testify to Mr. Long’s activities earlier in the day and after the attack.

The jury convicted Mr. Long of burglary and rape, leading to two life sentences in prison. The Supreme Court of North Carolina upheld the conviction.

Mr. Long continued to file post-conviction petitions unsuccessfully. In 2005, “he moved in state court for location and preservation of evidence, seeking any biological evidence to use in DNA testing and the pieces of clothing recovered, such as his black leather jacket and green toboggan.”

“The order led to the disclosure of dozens of documents falling into three groups: (1) State Bureau of Investigation forensic reports documenting the testing of physical evidence; (2) the Master Case File on the investigation; and (3) excerpts of Mrs. Bost’s medical records from her hospitalization.”

None of this information had been provided to the defense counsel before the trial.

The Master Case File on the investigation listed a request to have forensic analysts compare the shoe prints and a request to do forensic testing on 13 additional items: “Long’s leather jacket, green toboggan, and leather gloves; paint and carpet samples taken from the crime scene; samples of Long’s and Mrs. Bost’s head and pubic hair; a ‘suspect hair from the scene’; matchbooks from Long’s car; burned matches obtained from the upstairs windowsill; and Mrs. Bost’s clothing.”

The Master Case File shows that “[m]oreover, at trial, Isenhour offered an incomplete picture of the testing he had requested.”

The State Bureau of Investigation forensic reports found (1) a hair sample on the scene and no additional hairs on Ms. Bost’s clothes that did not match the Mr. Long samples; (2) no traces of paint or carpet fibers matching samples from Ms. Bost’s home on Mr. Long’s leather jacket, gloves, and toboggan; (3) “compared five matchbooks from Long’s car with three burned matches recovered from the upstairs windowsill and found insufficient evidence to conclude that they were linked;” and (4) compared a shoe print from the front porch of Ms. Bost’s home to Mr. Long’s shoe, “concluding that Long’s shoes could have made the shoeprint, but there was insufficient information for a definite match.”

The forensic reports and requests for those reports were not disclosed to the defense counsel before the trial.

“[He] prepared slides of live spermatozoa, took two swabs of vaginal secretions that he placed in test tubes, and obtained pubic combings. After the examination, the records show that the hospital released pubic hair and one of the test tubes to an officer after authorized by Mrs. Bost. J.A. 1475–79. These records were not disclosed to Long’s defense counsel. Efforts to locate any biological evidence in 2007 were unsuccessful.

“After receiving the new evidence, Long filed a Motion for Appropriate Relief (“MAR”) (North Carolina’s version of a habeas petition), raising (1) an allegation that the state failed to disclose exculpatory material to the defense in violation of the Due Process Clause, the North Carolina Constitution, and Brady, and (2) a newly discovered evidence claim under state law. After an evidentiary hearing, the state court denied Long’s motion, finding that both of Long’s claims failed. An equally divided Supreme Court of North Carolina affirmed.”

He filed another petition in 2012 but did not receive the pre-filing authorization, leading to the petition also being dismissed “for lack of jurisdiction” under the Anti-Terrorism and Effective Death Penalty Act (“AEDPA”).

“Then, in 2015, Long participated in the North Carolina Innocence Inquiry Commission’s Postconviction DNA Testing Assistance Program. Those efforts revealed 43 latent fingerprints taken from the crime scene that had not been disclosed. Testing excluded Long as the source of those prints.”

He filed another petition that the district court denied. The 4th Circuit court reversed and remanded the decision, “finding that Long had ‘unequivocally disclaimed’ his latent fingerprint claim.”

“The state moved for summary judgment on procedural and merits grounds, and the matter was referred to a magistrate. In a 66-page report and recommendation, the magistrate found on the merits that the state court’s application of Brady to the newly discovered evidence was reasonable. The district court adopted the magistrate’s report and recommendation and granted summary judgment to the Respondent. Long timely appealed.”

The majority opinion discusses the AEDPA, stating “[it] properly respects the central role of state courts by limiting the “federal courts’ power to issue a writ to exceptional circumstances.”

They explained they can only provide habeas relief “if the state decision turns on a factual determination which must be ‘objectively unreasonable in light of the evidence presented in the state-court proceeding’” or “if the earlier state decision must have been contrary to or involve an unreasonable application of, clearly established federal law.”

The majority opinion argues, “The state violates Brady when the prosecution fails to disclose material evidence favorable to a criminal defendant… It is not enough for the withheld evidence to create the possibility of a different verdict; a different result must be reasonably probable.”

While there was an error, the majority opinion argues, “This inaccuracy alone does not make the state court’s decision unreasonable. If another ground provided by the state court can sustain its decision, this error is ‘beside the point.’” They claim that the forensic reports not matching is “neither incriminating nor exonerating” and the results from the medical samples likely could not have been done in 1976. They also believe that the request forms, which Mr. Long argues would be used to impeach a witness, would be seen as a peripheral focus rather than the main one.

The majority opinion also points to the evidence that Ms. Bost gave a detailed description of her attacker, Ms. Bost chose Mr. Long out of a crowd and reaffirmed his picture, his description matched what Ms. Bost said, and she identified that the gloves and jacket were “identical” to those of her rapist.

“On the other hand, as discussed above, reasonable jurists may conclude that the probative value of the new evidence is minimal. Thus, the state court’s balancing of the cumulative evidence was not unreasonable, and § 2254(d) requires us to respect this determination.”

The dissenting opinion, however, argues that “the majority strains to isolate a single phrase of a single sentence of the MAR court’s Conclusions of Law as separately ‘sufficient’ to reject Appellant’s § 2254 claim… This isolated phrase states that the cumulative effect of the suppressed evidence was ‘so minimal that it would have had no impact on the outcome of the trial.’”

The dissenting opinion disagreed as “the No Impact Conclusion cannot serve as an ‘alternative ground’… because it was inextricably intertwined with the erroneous Brady standard mentioned above… even if the No Impact Conclusion were a separately sufficient ‘ground’ supporting the decision, such conclusion was objectively unreasonable. Far from being “so minimal that it would have had no impact on the outcome of the trial.”

“[There] is zero doubt in my mind that the cumulative effect of the suppressed evidence in this case ‘could reasonably be taken to put the whole case in such a different light as to undermine confidence in the verdict.’”

The dissenting opinion also provided additional information of the case to “provide a full picture of what happened here.” The dissenting opinion notes errors in Ms. Bost’s identification, provides more in-depth information as to Mr. Long’s alibi, addresses the forensic evidence more in-depth and states the results “did not incriminate him,” and notes that the investigating officer had other issues with his testimony. The dissenting opinion also notes Mr. Long has a heavy burden to prove his innocence but “has provided new, reliable evidence that helps to exculpate him as the perpetrator, casts doubt on the victim’s eyewitness identification of him, provides substantial impeachment value against the testifying officers, and calls into question the integrity of the investigation at large.”

“In this circumstance, Appellant must prevail. To hold otherwise would provide incentive for the state to lie, obfuscate, and withhold evidence for a long enough period of time that it can then simply rely on the need for finality. That, I cannot abide,” the dissenting opinion concluded.