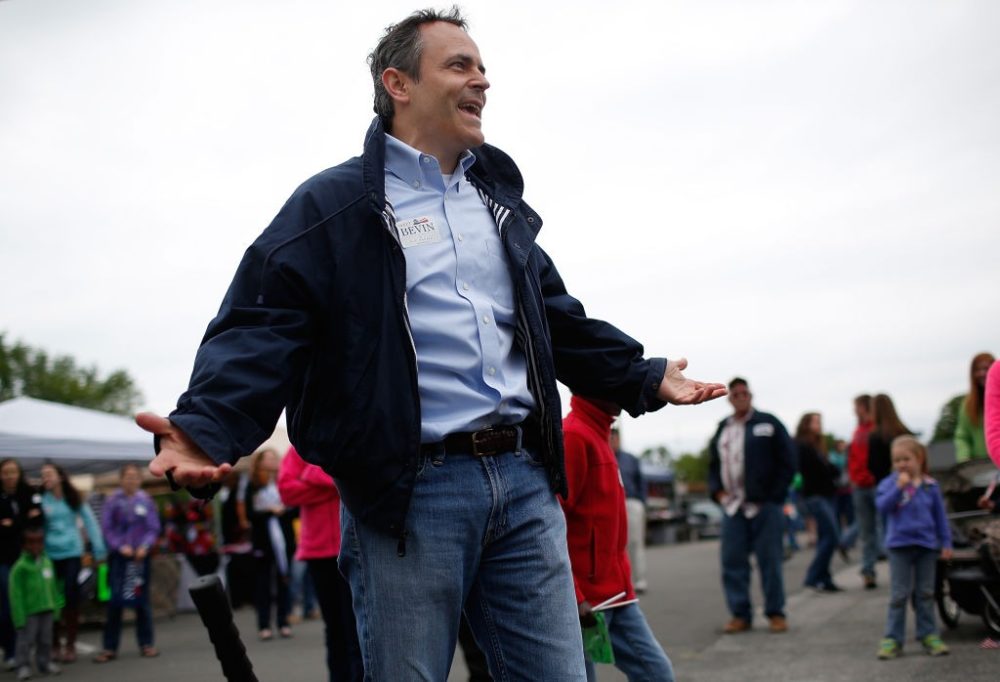 The new year means, for many, political transitions. In Kentucky, Matt Bevin, a Republican governor whose administration was fraught with conflict, lost re-election in November in a deep red state by more than 5,000 votes. Bevin, who left office last month, created even more controversy on his way out by issuing over 600 pardons and commutations. The New York Times called it an “extraordinary exercise of personal judgment that went well beyond typical governors’ pardons” in which Bevin released people, some of whom were serving time for “serious crimes,” based on “his own conclusion that they had been wrongfully convicted.” Prosecutors complained that neither they nor victims’ families had been consulted or notified, and the Courier Journal, based in Louisville, ran a front-page article quoting a relative of a slain victim with the headline: “Matt Bevin can rot in hell.” The FBI has, apparently, opened an investigation.

“Such a unilateral approach was not uncharacteristic for Mr. Bevin, a businessman who burst into Republican politics several years ago styling himself as a righteous outsider,” who became known for a “my-way-or-the-highway approach to governance,” reports the Times. Experts have noted that it is unusual for a governor to act as arbitrator on wrongful conviction claims, especially those still making their way through the appeals system. It may not have entirely been ego and whim: As governor, Bevin did make some efforts toward ameliorating the overreach of the criminal system in his state.

But, as Adam Johnson points out in The Appeal, to get incensed about releasing people from prisons in one of the most incarceratory states in the most

incarceratory country is somewhat short-sighted, to say the least. “The idea that the great moral tragedy of our time is that not enough people are in Kentucky prisons runs counter to everything we know about incarceration,” he wrote. When newspapers run their “predictable torrent of salacious headlines and decontextualized moralizing,” they often omit that bigger picture, in addition to mitigating facts such as the person’s age at the time of the offense, mental health defenses, and trial errors.

Leland Hulbert, who prosecuted a person pardoned by Bevin, lamented that the pardon power is almost “godlike.” Although all efforts to release people from prisons and help people move on with a clean slate should be applauded, it isn’t true that all pardons are equal. It isn’t simply the case that pulling any person out of prison is equally good, or even desirable at all. In discussing President Trump’s decision to pardon Navy SEAL Edward Gallagher, whose platoon reported that he killed civilians for sport, this writer has noted that even abolitionists might root against Gallagher. In pardoning him, the president, as commander in chief, was signalling that lawlessness and brutality is okay, as long as it afflicts only foreigners.

And law professor Martha Minow writes in her book “When Should Law Forgive?” that “amnesties and pardons that shield the powerful from accountability, cover up wrongdoing, or reward gifts or support” are “troubling” because they risk “undermining respect for law and its commitment to equal and neutral treatment.” Minow notes that President Gerald Ford’s famous pardon of Richard Nixon after his resignation from office was condemned at the time, but later accepted by a majority of Americans as a way for society to move on from Watergate. Often pardons are intended to benefit society at large more than the individual pardoned.

But in some cases, like President Bill Clinton’s pardon of Marc Rich, a political donor, there are no apparent societal benefits. Rich had been charged with tax evasion and illegal commerce with Iran, while Iran held American citizens hostage. “Appearing to reward someone who had donated dollars for the president’s personal and political gain, the pardon of the unrepentant swindler Marc Rich insulted all those affected by Iran’s brutality toward the United States,” Minow writes. She is even more critical of Trump’s first pardon, that of the infamously abusive sheriff Joe Arpaio, who was a vocal and loyal supporter of the president from early on. The pardon drew legitimate outrage, Minow argues, because it could be taken as encouraging others to treat the vulnerable with cruelty. “The Arpaio pardon may in fact encourage others to flout official authority and disobey any law. That it does so specifically in the context of constitutional civil rights protections marks a disturbing rejection of crucial successes in the nation’s long journey toward civil rights enforcement” and “follows in a line of actions by President Trump that condone white supremacy.”

Pardoning a law enforcement officer who has abused his power also sends a direct message to others in his field that they may abuse with impunity, much like the pardon of Gallagher did. Bevin did not pardon any notorious sheriffs but at least one of his pardons did smack of self-dealing, the way the Arpaio and Rich pardons did. Bevin pardonend Patrick Brian Baker, a man who was convicted of homicide and other crimes, and whose family raised thousands of dollars for Bevin.

There is another reason to feel troubled by some of Bevin’s pardons: the racial disparities. Of the 336 prisoners serving time for drug possession who were granted early release, 95 percent were white. The Courier Journal analyzed Bevin’s conditional commutation order and found that 20 percent of people held solely for drug possession, or 976, were not white and could have been eligible for commutation. Out of those 976 people, only 16 had their sentences commuted. Eight percent of a potential pool of white people convicted of drug offenses received a commutation, but only 1.6 percent of people of color got that break.

Pardoning a group of overwhelmingly white people when Black people in Kentucky are incarcerated at a vastly disproportionate rate––3,545 Black people per 100,000 as opposed to 705 per 100,000 for whites––is, at best, “a bad look,” as the kids would say. It also reflects the stubborn belief that transgressions, as long as committed by white people, are mistakes, whereas wrongdoing on the part of non-white people is somehow indicative of an inherent and fatal character flaw. It isn’t that Bevin should have pardoned fewer people; he should have pardoned more, or at least different people.

The “godlike” pardon power is usually used to correct egregious wrongs done by the criminal legal system, but it can also be used for self-dealing, to allow government officers to abuse with impunity, and to exacerbate racial disparities in the criminal system. But the vast majority of the vitriol Bevin faces has not focused on those aspects of his pardons. Critics have mostly raged against the idea of too little vengeance, which seems to animate Americans far more than the reality of too much vengeance. On Twitter, law professor John Pfaff asked where the vitriol was on behalf of the people that the Pennsylvania Board of Pardons refused to release. Some of those denials were so cruel that wardens from the prisons were weeping.

“From what we know of former Governor Bevin’s extreme pardons and commutations, the Senate Republican majority condemns his actions as a travesty and perversion of justice,” said Robert Stivers, the Republican president of the Kentucky Senate. “Our citizens, and especially the crime victims and their families, deserve better.” Don’t the people of Kentucky also deserve better than to live in a state that locks more people up than any other? Or does that not count?

This article first appeared in the Appeal