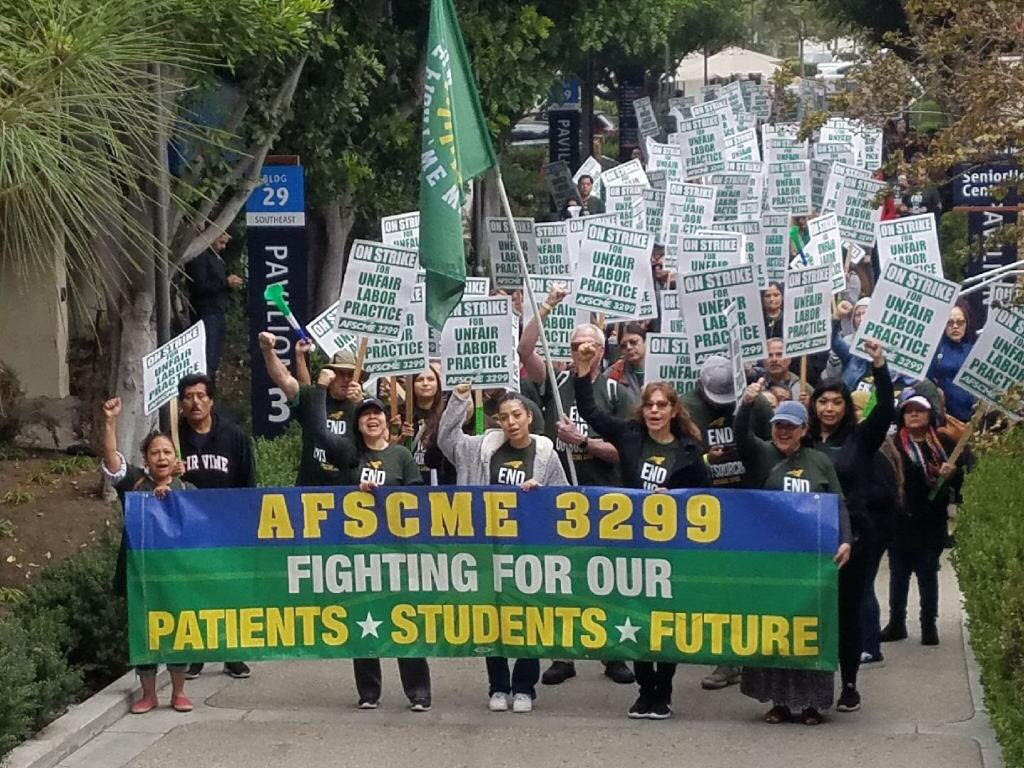 (From Press Release – AFSCME) – Late last night, more than 8,000 AFSCME 3299 represented UC Service Workers and University Administrators reached a tentative contract agreement in what has been one of UC’s longest running labor disputes.  The historic deal, which must still be approved by a vote of the union’s membership, includes not just wage increases and secure benefits, but enforceable limits on UC’s ability to outsource service jobs to private contractors that was long sought by the union and expanded career advancement ladders for UC’s lowest wage workers.

healthcare rates, and a secure retirement.”

AFSCME 3299 represents not just campus service workers, but also nearly 19,000 UC patient care technical workers.  Both units have been working without a contract since 2017, waging six strikes as well as a speaker’s boycott that led the Democratic National Committee to relocate a planned December Presidential Debate away from UCLA.

“This has been a difficult and protracted process, but it has brought important issues to light about the growing problem of income inequality, the fight for what’s left of America’s middle class and the responsibility of large public employers to uplift the communities they serve,”  Lybarger added. “While the tentative agreement reached by UC and AFSCME represented service workers is an important sign of progress, there remains more work ahead. It is now time for UC to provide its AFSCME represented Patient Care workers with an equally fair agreement that honors our members’ contributions to UC’s highly profitable health system.”

AFSCME Local 3299’s service unit membership will vote on ratification of the agreement by January 30th, and Local 3299’s bargaining team is recommending a “yes” vote.  The Patient Care Unit and UC are slated to continue bargaining later this week.