On Wednesday, Chesa Boudin fulfilled one of his key campaign promises as his office announced a formal policy “ending the practice of prosecutors asking for cash bail as a condition of pretrial detention.”  Under the new policy, whether someone will remain incarcerated pretrial will no longer be based on wealth or poverty, but instead will rely on risk.

In a release, the office stated: “By replacing money bail with a risk-based system, people who are safe to be released get released quickly with appropriate, non-monetary conditions, and those who pose a serious threat to public safety are detained, regardless of their wealth.

“For years I’ve been fighting to end this discriminatory and unsafe approach to pretrial detention,” District Attorney Chesa Boudin said. “From this point forward, pretrial detention will be based on public safety, not on wealth.”

The new policy as released by the DA’s office is to “never seek bail money at arraignment.”  The policy continues that they will “seek pretrial detention consistent with the California

Constitution, to protect public safety and to reasonably ensure the defendant’s return to court.”

Moreover, “Pretrial detention shall be the last option only after all release conditions have been considered and determined to be inadequate to protect public safety or to reasonably ensure the defendant’s return to court.”

They write, “Public safety and the safety of the victim shall be the primary considerations.”

The formal policy notes, “Pretrial detention shall only be considered when the facts are evident and clear and convincing evidence shows a substantial likelihood that the defendant’s release would result in great bodily harm to others or the defendant’s flight.”

It goes on to note: “The substantial likelihood of defendant’s flight may include felony holds from other jurisdictions.  Release conditions or detention may be considered for the limited purpose of ensuring the defendant is not removed to another jurisdiction.  Considerations shall include but are not limited to a comparison of the seriousness of the charges locally and for the hold, the uncertainty of when the defendant will be returned, and maintaining joinder of co-defendants.”

The Assistant DA at arraignment, the policy reads, “shall recommend release conditions as appropriate based on the policy and all available information.”  Those determinations will be reconsidered only based upon new information or changed circumstances not known at the time the initial determination was made.

They add, “If requested by the victim, the ADA in court shall provide the victim with the opportunity to be heard on the post-arrest release decision.”

In their release, they note that US “taxpayers spend $38 million per day to jail people who are awaiting trial.”  Upholding the money bail system comes with a high cost that includes pretrial detention and the disruption to a person’s life, which can lead to a 32.2 percent increase increase in the likelihood of future felony charges and has an immediate impact on an individual’s ability to maintain an income and housing.

They cite studies such as those conducted by Human Rights Watch that “have revealed that pretrial release for those who do not present a risk to public safety makes our court systems fairer and does not result in an increase of crime nor an increase in missed court dates.”

“District Attorney Boudin’s policy is a great step towards a more just system,” said John Raphling, a senior researcher at Human Rights Watch. “For too long, prosecutors have used money bail and pretrial incarceration as leverage to pressure people to plead guilty regardless of actual guilt. Boudin’s policy favoring pretrial release is a welcome change and will help build the credibility of our courts.”

Moreover, the DA’s office cites that “Money bail has disproportionately impacted our poorest communities as well as communities of color.” 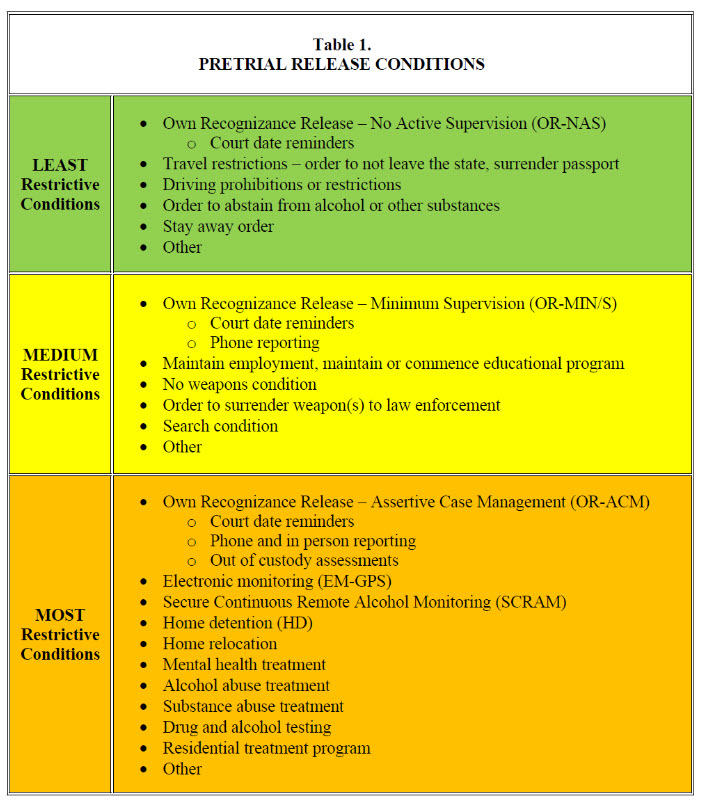 Additionally, since 99 percent of people who post bail in San Francisco use private bail bond companies, there is an instant and dramatic transfer of wealth from low-income neighborhoods and communities of color to private industry; roughly $10-$15 million in non-refundable fees are paid annually to bail bond agencies.

Former San Francisco DA George Gascón introduced an algorithmic risk assessment tool in 2016 to move the county away from monetary bail and toward a system based on risk to public safety. In stark contrast to money bail, this tool has helped prosecutors make more equitable decisions concerning pretrial individuals. It has allowed prosecutors and judges to preserve the constitutional protection of presumed innocence while maintaining public safety through objective data.

“We are excited to see the city of San Francisco end the racially and economically discriminatory practice of money bail,” said Raj Jayadev, cofounder of the community advocacy organization Silicon Valley De-Bug. “It is a scheme that shatters families, communities, and lives and the due process we claim is a right afforded to all. If we are to move away from pretrial detention, and towards a just and safe community, it starts with ending the indefensible ransom of money bail.”

The DA’s office concludes: “Today, the office takes this important step by formalizing a policy to eliminate money bail and answers the statewide call by California Supreme Court Chief Justice Tani Cantil-Sakauye and the California Legislature to end this unfair system.”