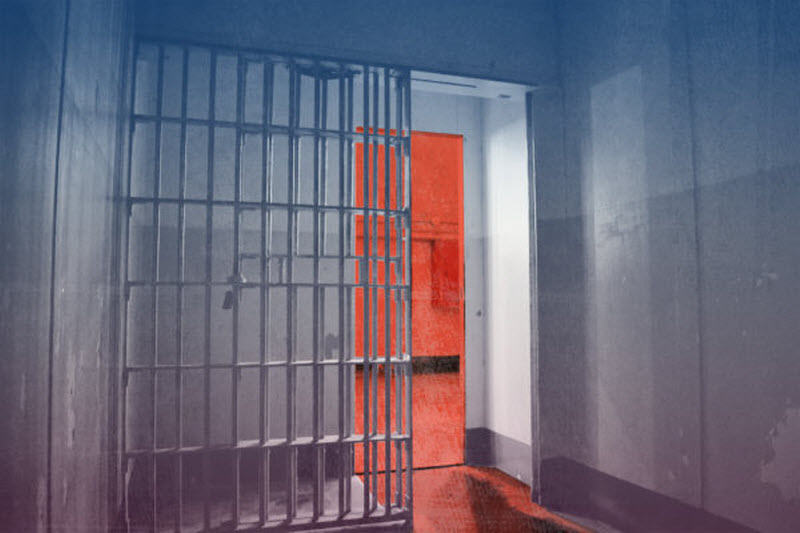 Many liberals support reform in theory. But when unpopular decisions need to be made, it’s back to the 1990s “Tough on Crime” playbook.

The putatively liberal editorial board of the Washington Post decided its Christmas message to the country would not be one of mercy or sober policy, but a call for continued state-sanctioned cruelty driven by fear and misinformation. The board breathlessly warned the paper’s readers that “the D.C. Council is considering subjecting the city to additional needless risk by making many or most of the District’s most violent criminals eligible for release from prison while they are in their 30s—even if they were sentenced to decades behind bars.”

The editorial was a response to pending legislation in the D.C. Council that, if passed, would expand the pool of incarcerated people eligible for early release by increasing the cutoff age when their crime was allegedly committed to 25 from 18. To fear-monger against such a proposal, broadly supported by criminal justice reform advocates, the Post pointed to an emotionally charged case: “a predator with eight arrests and a robbery conviction during a four-year span,” who under this bill could be eligible for early release when he turns 36.

The problem, the editorial suggests, is that prison reform is benefiting people convicted of violent crimes. To underscore this point, the editorial board notes: “Earlier this year, the D.C. Council deleted a legal requirement that judges consider the severity of the crime itself”—a move the editorial board described as “gratuitous.” To drive the panic home, the Post ends on a quote from D.C. Mayor Muriel E. Bowser, “who has expressed reservations about the measure.” Bowser, the editorial board argues, “was correct when she said, ‘we’ve heard a lot about offenders, we haven’t

There are two things wrong with this argument. The first, as Common Justice’s Danielle Sered points out in her letter to the editor to the Post, is it’s empirically not true that victims demand more incarceration. As Sered notes, “a 2016 survey by the Alliance for Safety and Justice found that about 70 percent of survivors prefer alternatives to prison such as community supervision and treatment. At Common Justice, an alternative-to-incarceration program for serious violent felonies, a full 90 percent of survivors given the choice between seeing the people who hurt them incarcerated or held accountable differently choose our program.”

A different Alliance for Safety and Justice survey found that “8 out of 10 victims support reducing prison sentences for people in prison who participate in rehabilitation, mental health, substance abuse, or educational or vocational programs.” The Post is attempting to speak for victims while ignoring what actual victims, time and again, have told researchers.

The second problem with the point that the editorial board tries to make is that it’s not really a point. It’s a slogan that has been the backbone of pro-carceral messaging for over 30 years. The idea that someone has to stand up for the “victim” has the power dynamic completely backward. For decades, the state––with the full force of prosecutors, the police, and lawmakers––has had far more power than overworked and under-resourced public defenders. In fact, the opposition to this legislation is largely coming from prosecutors, as separate reporting in the Post notes. This asymmetry is one of the primary reasons the U.S. imprisons more people per capita than any country. To those who think the current criminal legal system is in the hands of Big Criminal, how do they explain how wildly out of sync with global norms the U.S. is?

The idea that pro-careral forces are standing up for victims is a conservative applause line, not a reasoned appeal to what victims actually want, or a sober expression of the political reality.

The practice of seeking out heinous cases of violence to discredit criminal justice reform even extends past editorial to straight reporting. A segment by CBS 2 New York, subtly titled, “Manslaughter, Arson, Hate Crimes—See All The Crimes Suspects In New York Now Get Released For Under Bail Reform,” lists a series of crimes that “now get [a suspect] released” from jail. “Hundreds of offenses,” reporter Ali Bauman soberly informs us, “such as stalking; grand larceny; assault as a hate crime; and second-degree manslaughter, will no longer be available for bail or pretrial detention.”

For editorial comment, Bauman brings on an ostensibly neutral “urban affairs expert,” Mark Peters, who pointedly criticizes the law, telling viewers it has “has glaring loopholes.” The report fails to disclose that Peters is a former prosecutor who was fired as commissioner of New York City’s Department of Investigation by the current mayor, Bill De Blasio, after a six-month inquiry concluded he had misused power and punished whistle-blowers. (Peters denies the charges.) For balance, did CBS 2 interview any reform activists on camera? Anyone who isn’t an ex-prosecutor? Anyone not fired from a government job for abusing power? It did not.

A similar article in the New York Daily News detailed how two people accused of violent offense “left the courtroom” as “free” men “despite being accused of a violent crime.”

Reporters Trevor Boyer, Denis Slattery, and Larry McShane paint a picture of smug Bad Guys “released back out into the community” by weak-kneed judges. Like others, though, they failed to mention that the men in question are still required by law to show up in court and most likely face years in prison. As is the case in other “Bad Guys Were Let Go Thanks to Reform” scare stories, the constitutionally relevant fact that bail is not supposed to be a form of punishment is ignored entirely.

To CBS 2 and the New York Daily News, the men are guilty until proven innocent, but fortunately that’s not how the U.S. legal system (at least in theory) is supposed to work. The reader is left with the impression that the accused are simply walking free without consequence for their actions, when this couldn’t be further from the truth.

There’s an uncomfortable reality that reform voices have been trying to bring to the surface but has, for obvious reasons, not been popular to discuss among politicians and even some on the more palpable wing of the reform side. As commentators like Nazgol Ghandnoosh and John Pfaff have detailed for some time, if one is serious about meaningfully reducing the U.S. prison population and getting it anywhere near the median prison population of other countries, simply focusing on people convicted of nonviolent or low-level drug offenses won’t get us anywhere near where we need to be.

It’s easy to champion those who are wrongfully accused or those who are in jail for the proverbial “two joints.” But the reality is to significantly reduce the U.S. prison population, we need to radically rethink 40-, 50-, and 60-year long prison sentences for those convicted of horrific crimes like rape and murder. It’s an unseemly conversation, but the United States can’t actually reduce its jail population to be on par with the rest of the world without first having it. And we can’t meaningfully talk about the demonization and degradation of incarcerated people without looking at how people accused of violent crimes are systematically—and very publicly—dehumanized.

It’s not a simple issue, no doubt; there are trade-offs and potential risks. But after reading reactionary, knee-jerk responses from nominally liberal outlets like the Washington Post and the Daily News, one is left to wonder if American media is truly interested in having a sober, fair debate about real reform, or just gesturing toward change to appear “Very Concerned” only to revert to the “Tough on Crime” playbook of the 1990s.

Decades of sensationalist media coverage, pro-prosecutor TV shows, scary local news, and race-baiting politicians have created a go-to reliable playbook of seeking out the worst, most viscerally offensive cases and holding them up as a reason we should continue the status quo. Instead of reverting to this playbook when the conversation gets messy, instead of repeating the same cheap, superficial slogans about “standing up for victims,” perhaps outlets like the Post, CBS 2 and the Daily News can inform the public about what the science––and victims—are actually telling us.

Originally appeared in the Appeal.