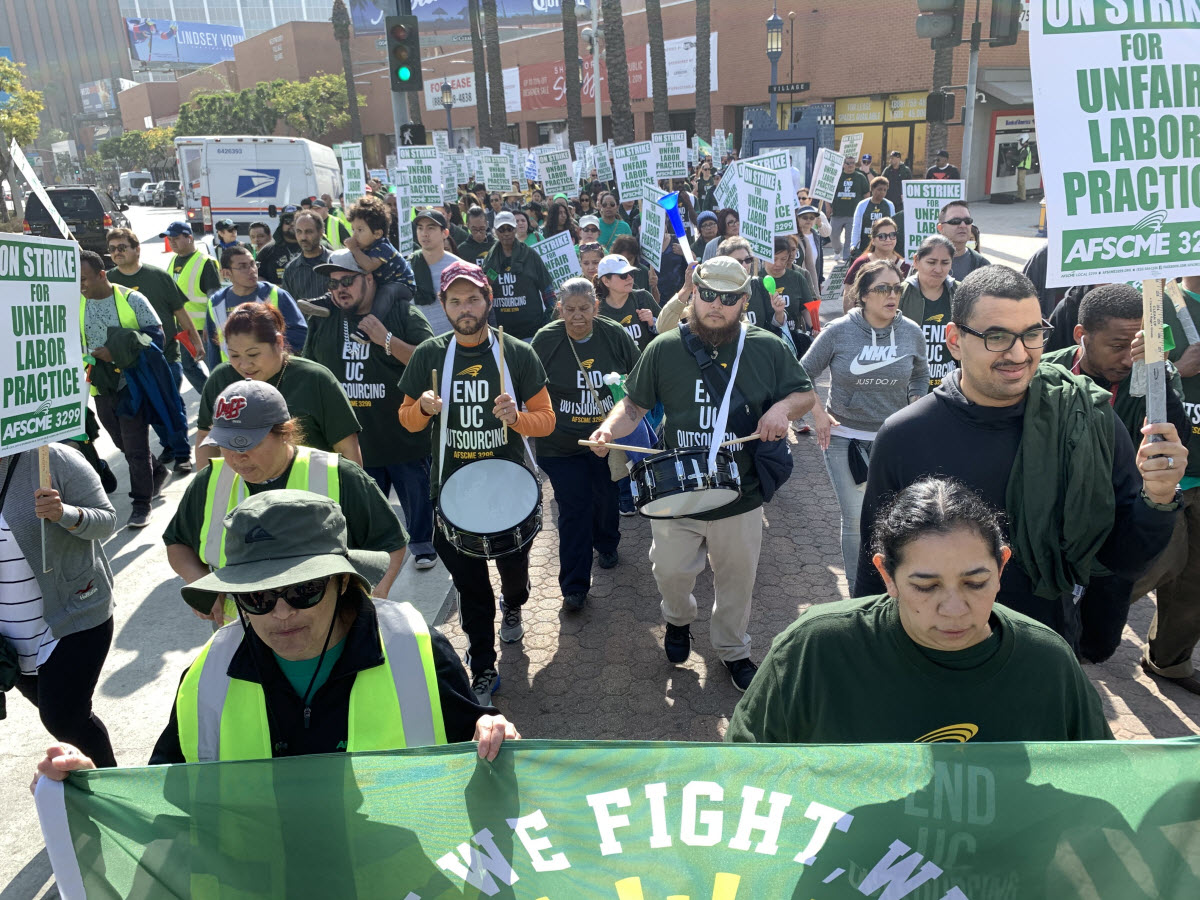 (From Press Release – AFSCME) – Late last night, nearly 19,000 AFSCME 3299 represented UC Patient Care workers joined UC Service workers in reaching a tentative contract agreement with UC Administrators that ends what has been one of UC’s longest running labor disputes.  The historic deal, which must still be approved by a vote of the union’s membership, includes not just wage increases and secure benefits, but enforceable limits on UC’s ability to outsource service jobs to private contractors that was long sought by the union and expanded career advancement ladders for UC’s lowest wage workers.

“After nearly three years without a contract, AFSCME represented UC Service and Patient Care workers have now each succeeded in reaching agreements that strengthen middle class career pathways at UC and create enforceable reforms to staffing  practices that have been entirely incompatible with UC’s core public mission,” said AFSCME 3299 President Kathryn Lybarger. “This victory is a testament to our members’ commitment to their families, to each other, and to the students and patients we are proud to serve each day.”

After the union mounted a ULP Strike over the outsourcing dispute in November of 2019, the UC Board of Regents proposed a series of policy reforms on outsourcing, which have since been fashioned into enforceable contract language.

“This has been a long and hard process that required both sides to seek common ground and work in good faith,” Lybarger added.  “But it has brought important issues to light about the growing problem of income inequality, the fight for what’s left of America’s middle class and how large public institutions can uplift the communities they serve.  It is our hope that the history we’ve made today can begin a new era of constructive dialogue between the university and its dedicated career workforce.”

Share:
Tags:AFSCMEHealth Care WorkersLabor AgreementLabor DisputeUniversity of California
Previous : Alleged Gang Member Made Criminal Threats
Next : Senator Skinner Announces Bill to Raise the Age to be Tried as an Adult