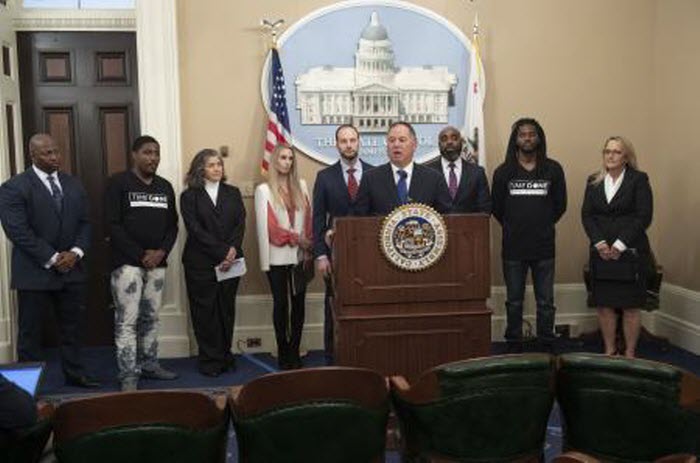 On Feb. 21, 2020, Assemblyman Phil Tang of San Francisco (D) introduced AB 2978 that would expunge criminal charges of California residents with unconvicted misdemeanor charges or that have completed adequate diversion programs.

AB 2978 would benefit populations that are unable to receive housing or employment due to past minor charges on their record that may date back to 1973. In addition to lower employment opportunities for individuals, billions of dollars are lost every year due to vacant jobs that could be filled by these people.

This bill is an extension of Ting’s AB 1076 from 2019, which will automatically expunge records of those who fit the criteria—however, would only apply to new charges after January 1, 2021. AB 2978 would function similarly. but with charges between 1973 and 2021. The current law requires individuals to petition for an expungement of their record. which can result in an expensive process that is not guaranteed to be successful.

Assemblyman Ting said in a press release, “For me this is about fairness,” said Ting. “While I’m grateful my law from last year will help those arrested after Jan. 1, 2021, millions of Californians today are still living in a paper prison. Their records prevent them from getting jobs or housing. Let’s give people with past convictions the same clean slate that individuals in the future will be entitled to. Everybody deserves a second chance.”

Jay Jordan, executive director of Californians for Safety and Justice, who was present at the press release in support of the bill, stated, “Millions of Californians who have completed their sentence, paid their debt, and remained crime-free for years still have old, stale convictions on their record,” said Jordan ‘This leads to thousands of legal restrictions that block people from employment, housing, education, and other critical opportunities. These restrictions undermine public safety and the economic viability of communities across California. We must mean what we say when we call someone rehabilitated and stop denying their ability to earn stability and move forward in their lives.”

DA Tori Verber Salazar stated at the press release, “Why are we continuing to punish individuals who made a mistake and stood up and did the right thing and corrected that mistake? Why do we

continue to punish them?” Over eight million people are estimated to fit the criteria for this bill to have their records expunged and therefore having more opportunities at housing and jobs. The current law simply continues to keep millions of people within the criminal justice system after they have already “paid their debt to society,” as Salazar stated.

Early in January 2020, Salazar announced her departure as a member of the California District Attorney Association (CDAA). CDAA is an organization comprised of district attorneys all over California that work on furthering legal education for prosecutors and developing advocacy for criminal justice reform policies.

Salazar reasons her withdrawal from CDAA by this quote in a letter to CDAA’s president, Nancy O’Malley, “As criminal justice reform sweeps through California and the nation, I witnessed the CDAA oppose most reform-based initiatives, which tells me the association is out of touch and unwilling to find new approaches to criminal justice,”

DA Chesa Boudin, another supporter for AB 2978, is a current member of the CDAA and is one of the most progressive members attempting to sway conservative members towards supporting more criminal justice reform. His support for AB 2978 shows that he undoubtedly will support reforms, even if CDAA is unable to encourage other attorneys to do the same.

During Boudin’s campaign for District Attorney, he expressed that his main priorities as DA would include ending cash bail, mass incarceration, and racial disparities among other issues related to immigration, law enforcement, sexual assault, mental health and distribution of resources. Having completed one of his main tasks of ending cash bail on January 22, Boudin continues his progressive track by supporting a bill that would clear the records of millions.

Boudin actively supports the Bernie Sanders presidential campaign and has received direct support from Sanders regarding the cash bail reform he implemented in San Francisco on January 22. Boudin recently made a special appearance at a Bernie Sanders rally in Richmond, CA.