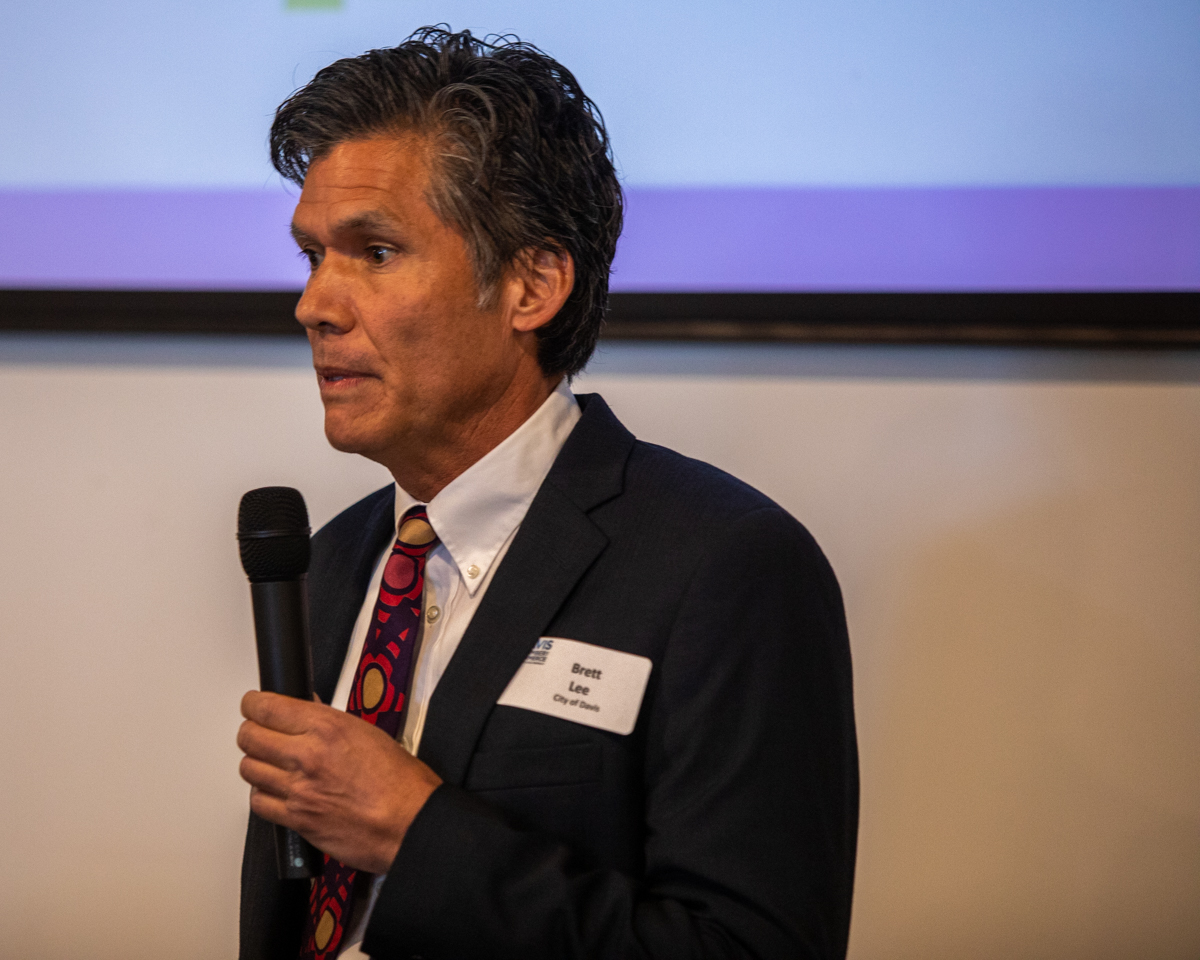 We can debate over whether the city is headed in the right or wrong direction, I suppose.  The mayor presented what I would consider an overly rosy view of the city.  He did offer the caveat that “it’s not all sunshine and rainbows” to describe the state of the city but, while correctly identifying roads as a concern, he also hit on the recent string of “armed crimes in Davis” as reason for concern.

An address of this sort is tricky.  On the one hand, you have an audience that you often don’t get at council meetings, that are unfamiliar with many of the issues and so you want to lay out your accomplishments – especially in an election year.  On the other hand, you have an opportunity to issue forth a call to action – and here it seems the mayor fell a bit short.

No more did that appear to be the case than on the issue of economic development.  There is good news, to be sure.  We have hotels opening next month – the Residence Inn.  Hyatt House is in construction.  We have seen cannabis produce more revenue than expected.

We have won some victories with places like Nugget and Mars, and the city manager announced a new R&D related announcement in the next few weeks.

But what we learned in the past year is that the city really lacks available commercial property.  The number of parcels over seven acres is extremely limited.  And the Aggie Research Campus proposal is coming in November – but it is looking like it will be a dogfight.

This was an opportunity for the city to make the case for economic development as a means to manage the budget – and the mayor didn’t try to make this case at all.  Given the audience that seems

As some commenters have pointed out, despite efforts by the city to cut into the roads and other deficits, despite added revenue, the shortfall – instead of dropping over the last few years – has actually increased.

The city has embarked on the downtown plan.

He noted a goal is a “mix of unit types” where there is not a homogeneous single-family home development.

“The downtown plan effort – it’s a very substantial undertaking to do a revamp of our entire downtown plan,” he said.  “It’s been making very good progress.”

But the city manager here, along with the mayor, focused on the positive.

One of the keys to the downtown plan effort is “economic development” as well as “business recruitment, retention.”

One of the barriers to entry is the “morass that one has to go through in order to navigate the rules and regulations.”  He noted that right now there are no less than seven documents that one needs to navigate and try to comply with.  “The downtown plan effort that we’re doing – the big thrust of it is to try to consolidate it.”

He explained, “By going to a form-based code approach,” we are not focused “on the use so much as the form of the exterior of the building in terms of its mass and scale and how it fits into the downtown.”

The seven documents will be reduced down to one or at most two.

But missing here was a discussion of the challenges.  The city of Davis, for instance, lags behind other communities in per capita retail sales.  Clearly, one of the hopes of bringing residential and workforce housing to the downtown is to revitalize that.

While the mayor and city manager talked about the new affordable housing that will be coming on-line, there was no discussion of the fiscal challenges to build more affordable housing, given the loss of R&D and the high costs of construction and land values.

Given all of the turmoil over parking in the last year, it is perhaps surprising that there wasn’t more discussion about downtown parking and the overall lack of real action by the city to address parking problems in the core.

More broadly, there was not really enough discussion to talk about challenges relating to traffic issues and the efforts underway on Mace.

The mayor did talk extensively about homelessness and the respite center, but the overall challenges involving homelessness remain.  The fact is, while we have a rotating winter shelter, we lack year-round solutions for housing.  We need to engage in a conversation on the need for permanent supportive housing – but of course at this time we lack those kind of resources.

It is kind of striking to compare efforts in Sacramento versus Davis just on the issues of homelessness, affordable housing and economic development.

Sacramento recently made news when it announced a plan to provide for $100 million to help finance affordable housing.

As the Bee reported last week: “The goal is to jump start housing for the city’s legions of service workers, college students, lower-income state workers and young coastal emigres, while turning the city into an incubator for new, fast and less expensive housing types that have not yet been produced on a broad scale.”

The reality is that the city of Davis has done a good job at providing more student housing – something desperately needed.  But Davis is not only lacking workforce housing, it is lacking any sort of small “a” affordable housing that can provide places for younger families and professionals to move into.

Sacramento is looking into developing “dense micro-unit apartment complexes with no parking or modern versions of shared rooming houses, and possibly even units made out of metal shipping containers converted into modular apartments or ‘tiny homes’ built out of wood pallets.”

These are things that Davis is starting to look into and would have been grist for conversation with the business community.

The challenges of this community are tremendous – housing, infrastructure, economic development – and the city needs to build a partnership with the business community as well as with the broader community.  This was a chance to engage that conversation – a chance that felt by the end of the presentation to be largely lost.

8 thoughts on “Commentary: Mayor Misses Opportunity on Call to Action on Critical Issues”