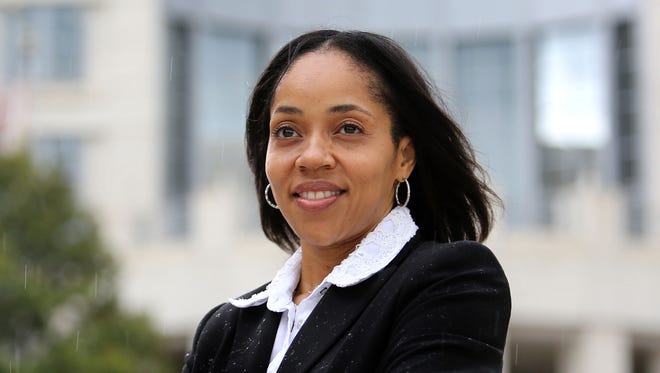 In 2019, Florida State Attorney Aramis Ayala announced she would not seek re-election for the position she held since 2016, serving as prosecutor in Orange and Osceola Counties in Florida.

She told Everyday Injustice the sole reason for that decision was her opposition to the death penalty, and a Florida Supreme Court decision that upheld the reassignment of dozens of cases to another state attorney as a result of that.

Despite this clear setback, she believes that the progressive prosecution movement will succeed.

Ms. Ayala is also known for a 2017 traffic stop. A video of it sparked outrage as many believed she was racially profiled in the stop. In the video, officers told Ayala they pulled her over because her license plate was not registered to any vehicles when they ran her tags.

She asked why the tags were run and the officer said they run tags for a number of reasons. She said that she violated no laws and that her license plate was properly registered.

“Although the traffic stop appears to be consistent with Florida law… My goal is to have a constructive and mutually respectful relationship between law enforcement and the community,” she said in the statement.

The interview with Everyday Injustice focused mainly on the progressive prosecutor movement and her future.