It was a late candidates forum beginning well into the evening on Tuesday night on the UC Davis campus, but the three candidates for the Fourth District Supervisor race, just three weeks prior to Election Day in this truncated primary season offered students a glimpse at the candidates.

“Everyone in this room knows that we need more housing,” David Abramson said.  “Probably needed it maybe 10, 20 years ago.

“Our vacancy rate is still less than one percent,” he said.  “We all know what the problem is here.  I’m a renter, and I pay 50 percent of my income for rent every month just to live in the town I grew up in.”

Mr. Abramson said, “I know what we need here, we need affordable housing and lately the housing has been focused on luxury housing.” 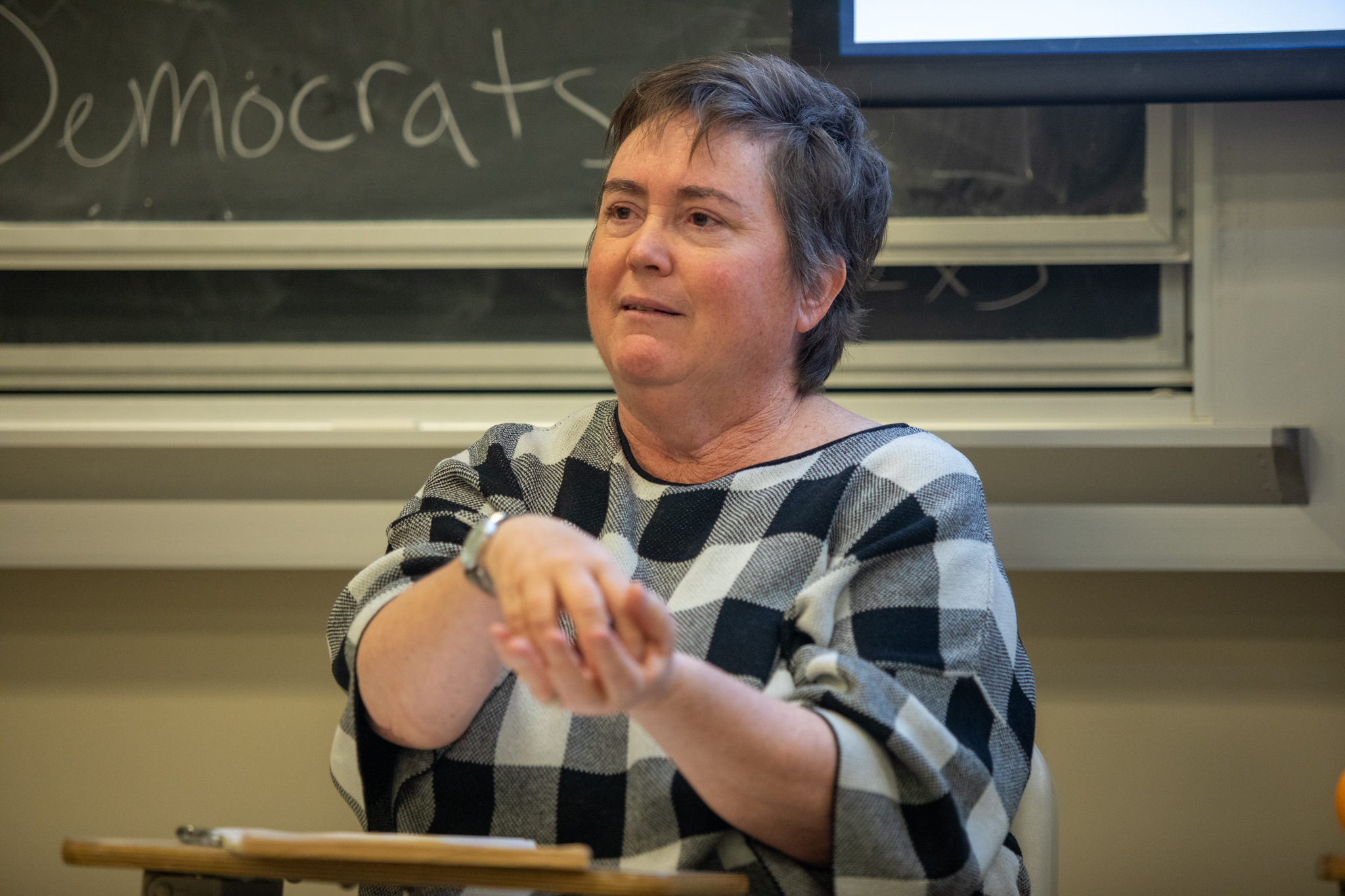 She talked about the need for incentives to build smaller homes “when luxury homes are a lot more profitable” for developers.

For the county, “I’d like to explore that we can do in some of our unincorporated towns.” 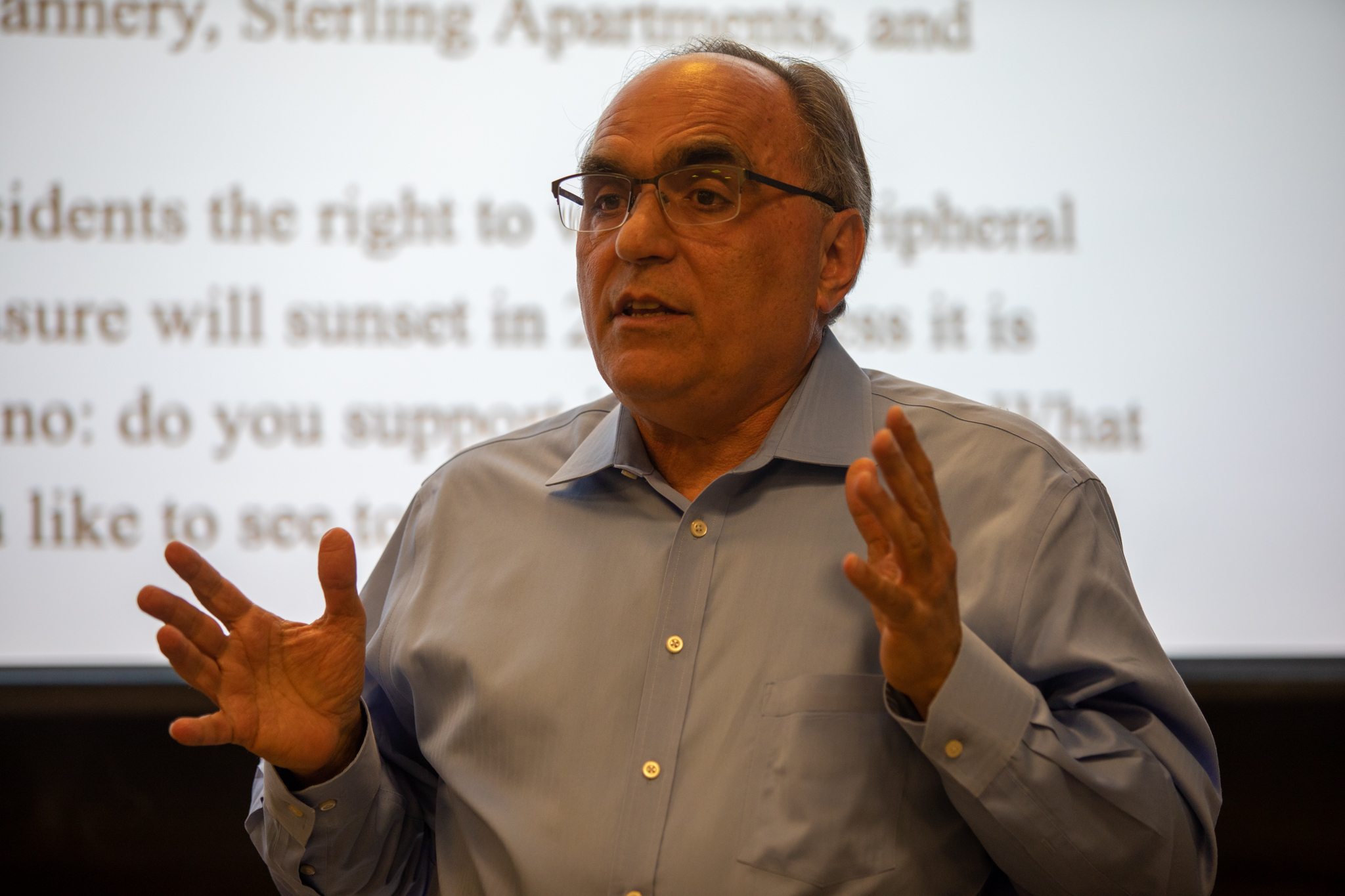 Jim Provenza said, “I think it’s really important that we focus on housing for students as well as all the other groups that need housing in Davis.”

He said that when the university grows, “that puts more and more pressure on the city of Davis market.  The university has not kept pace with other universities – they should be doing at least half or more of student housing on campus.”

The candidates were asked if they supported projects like Nishi 2.0, Cannery, Sterling, and Lincoln40. 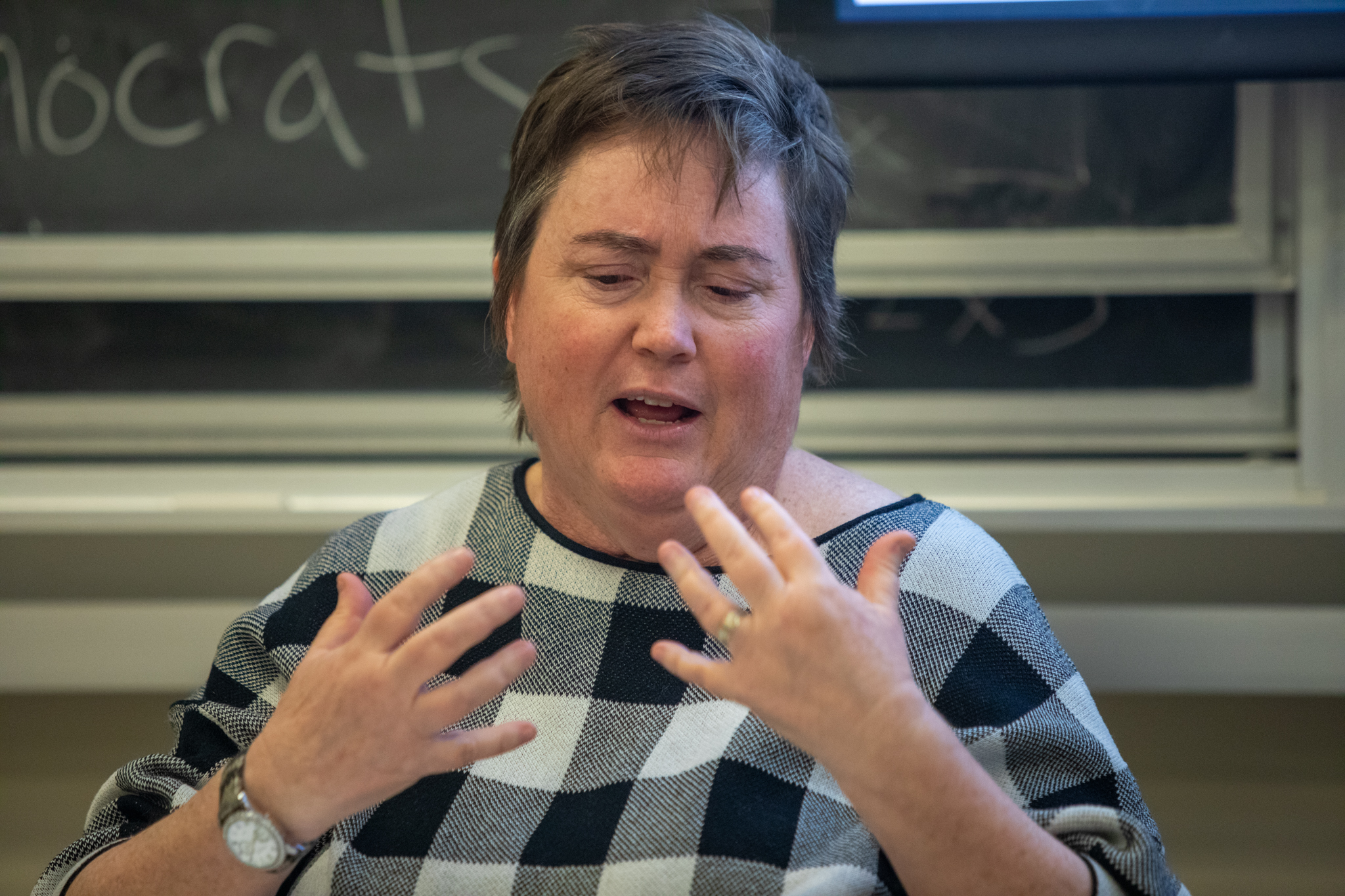 Linda Deos said, “Yes, I did support them all.”  She said she had some concerns with Sterling “because of its location and there was already a building there…  But once it came through I thought we needed more student housing.”

She said she supported Cannery, but “some other things could have been done there.  I’m kind of disappointed with the luxury homes that went in there and the marketing to the Bay Area for the marketing of that community – I’m not sure how that helped Davis.”

On Lincoln40 she called it “an interesting concept” and she’s interested in “how it will work here.

“Once we get through all of the lawsuits and the thing gets built, that will be good,” she said.  “The same with Nishi.  We’re now at Nishi 2.0 as opposed to 1.0 and we have to get through these lawsuits.” 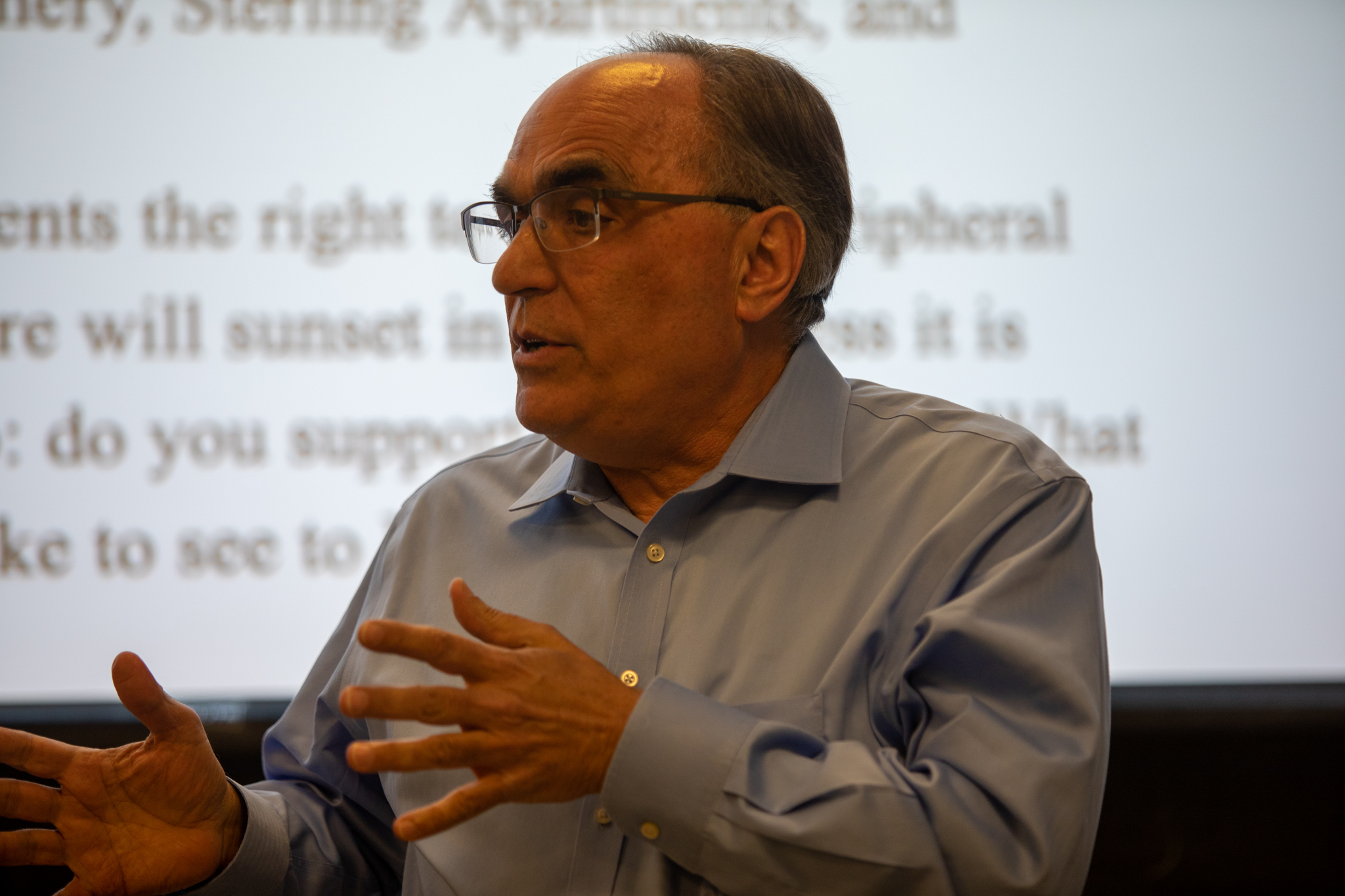 Jim Provenza said, “The county doesn’t take positions on specific projects other than we support what the city of Davis is doing on housing.”  He said, “I would have preferred to see something a little different on Sterling, but we’re supportive of the city’s efforts to build more housing.”

He said, “What the county can do is partner with the city on those projects that occur outside the current limits but within the sphere of influence.”

He noted they can also partner on specific needs housing. “Yes, we should be approving housing projects but let’s talk about what type of housing we want instead of – its not a simple yes or no to me,” he said.  “We need infill development.  We need affordable development.”

The candidates were asked about whether they support the renewal of Measure R and what if any changes they would like to see. He noted that, even without Measure R, “[t]he residents can put a measure on the ballot very easily and there’s going to be a vote anyway.” 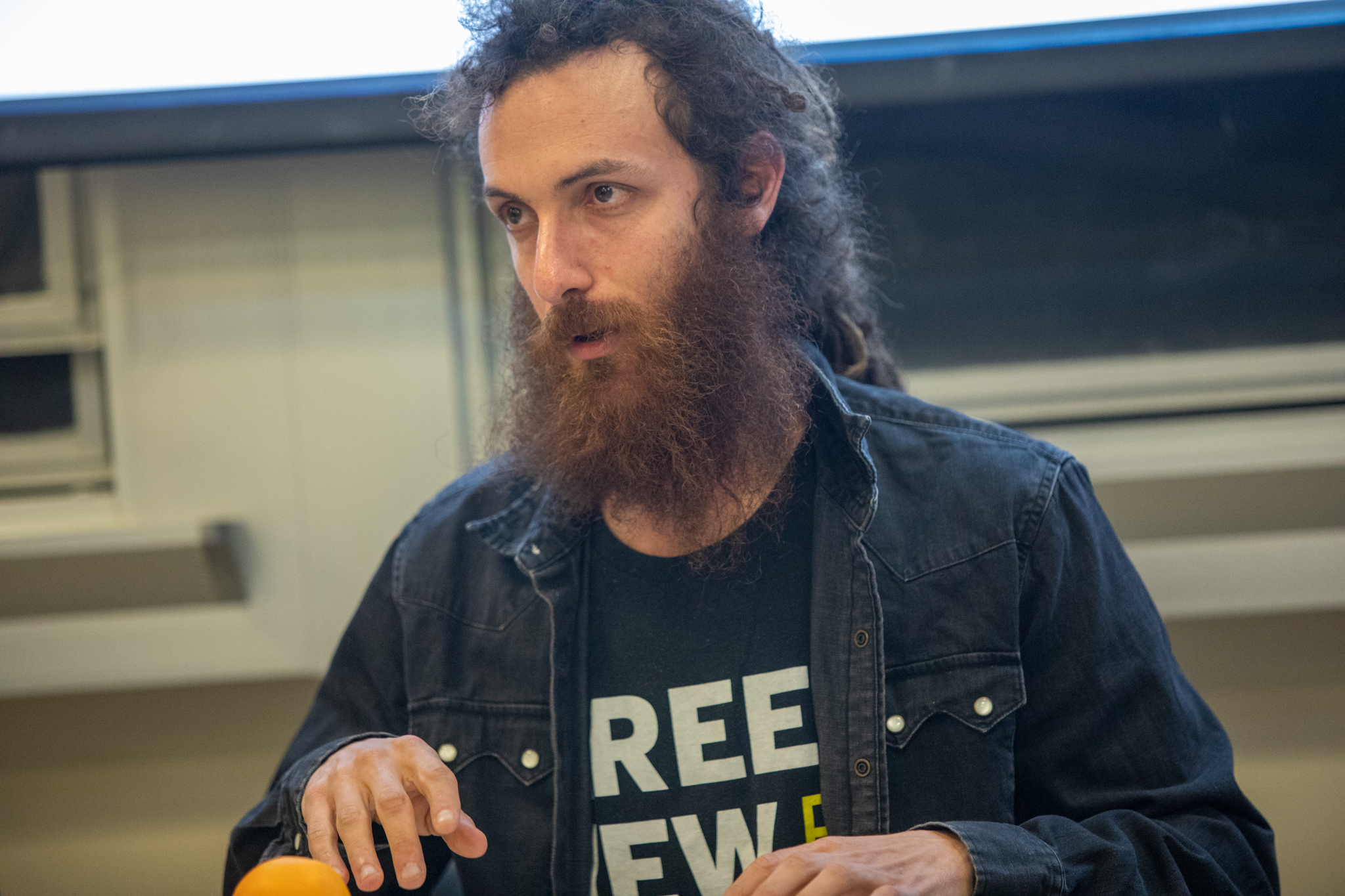 David Abramson said, “I support Measure R as well.  I think we need infill development.  It’s the 21st century and we’ve done a lot of expansion – it doesn’t sit right with me.  Ecologically speaking, I think we need transit-oriented development.  Measure R is good…  People deserve to have the right to vote on the projects they want.” 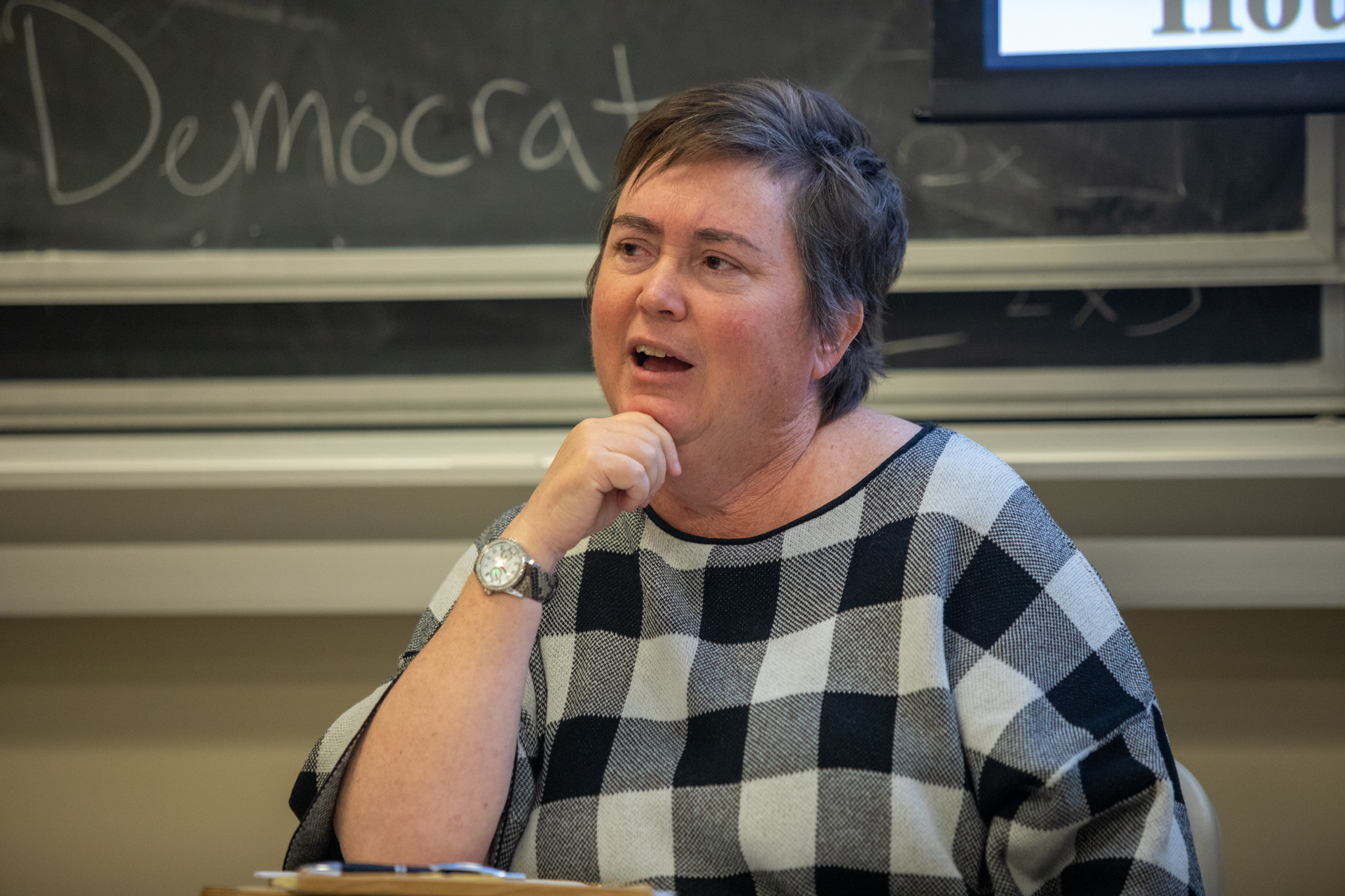 Linda Deos said, “Democracy is important, we need to have the right to vote on all the issues.  We also need representation in the democracy where we elect people who will take the time to read the issue, delve into it, because you don’t have the time.”

She said, “The measure is so ingrained into Davis right now, it wouldn’t be right to take that away.”  She added, though, “I want to make sure we educate voters about some of the consequences of having a vote.  We have kept this town very privileged, we’ve kept it very white.  That’s a consequence of having this right… And I think we need to recognize that.”

On the issue of public safety, they were asked how to best serve local law enforcement and what improvements would they make.

Linda Deos responded that she supported a few years ago Dean Johansson for the 2018 district attorney race and that she is now supported by him for this election. 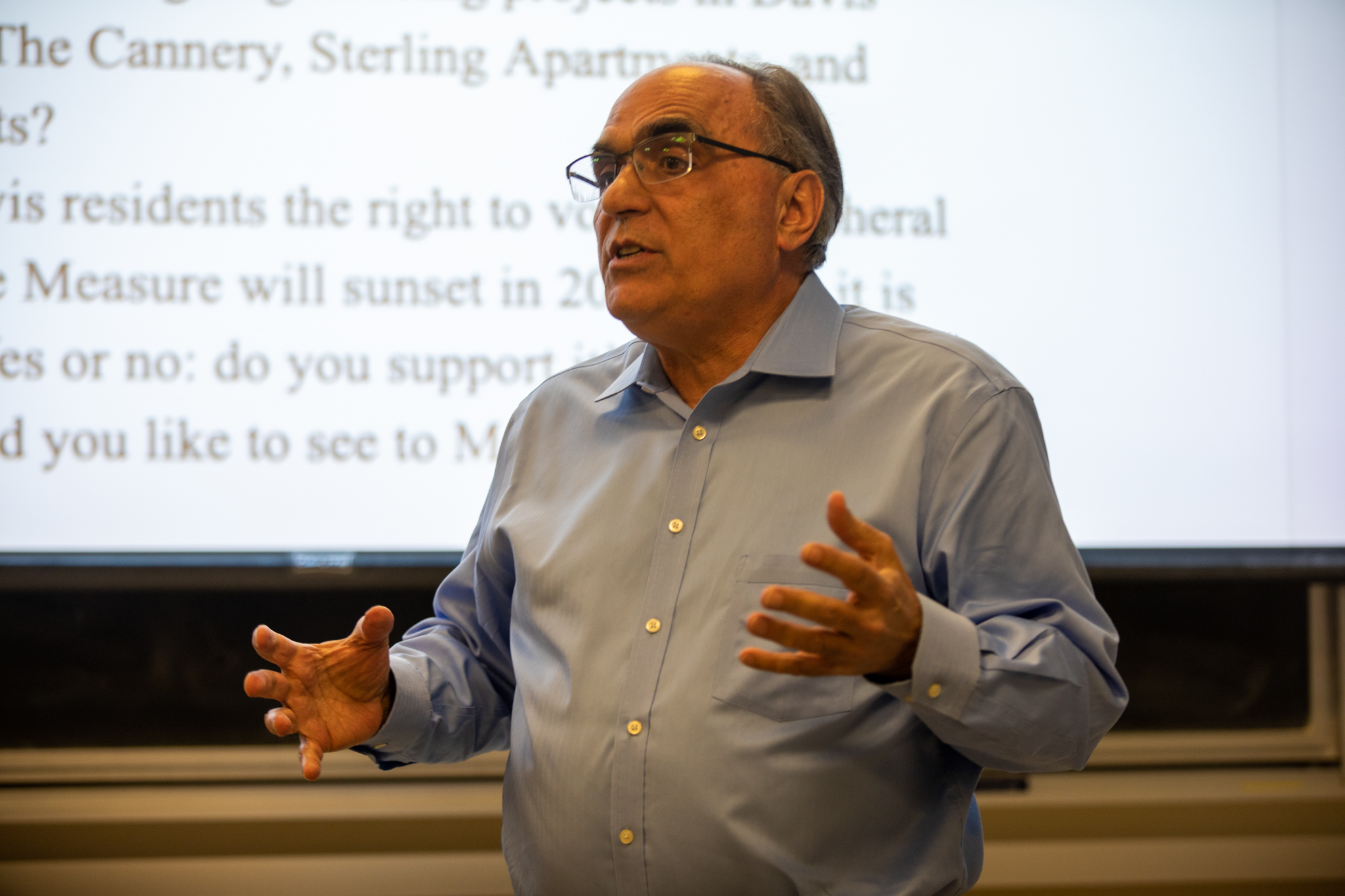 Jim Provenza said, “(As a county) we have been trying to get people with mental illness and substance abuse out of the criminal justice system.”  He said, “We set up a day reporting system as an alternative to incarceration.”

He explained they go there during the day, they are not incarcerated and don’t spend the night in jail, and they get programs – “whatever their current needs are, we serve them.” 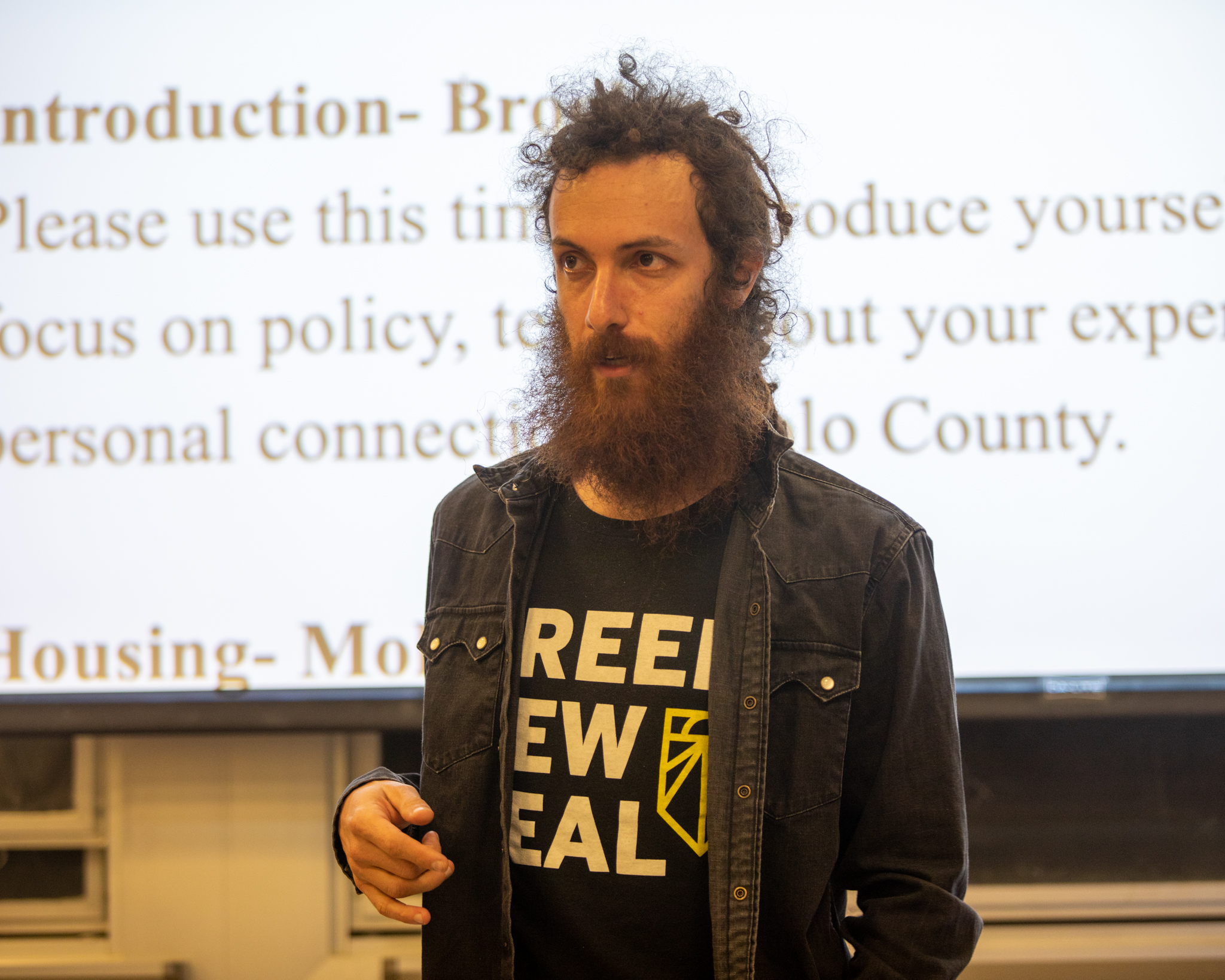 David Abramson said, “We all deserve to feel safe at night when we go to sleep.  We all need to feel secure in our communities.”

Noting Natalie Corona’s death, he said, “There’s real dangers out there and our community should be protected from that.”  That said, “I’m not super pro-police and we need to be patrolling every street – we need to figure out how healing can happen and how we can address the root causes of a violent society.”  He said, “We are going to be running around putting out fires until we address the root issues.”

The follow up was the treatment of people of color by police and how to hold law enforcement accountable for their actions.

David Abramson said that these incidents “didn’t start with Picnic Day 5, it’s been going on for a very long time.”  He noted that the history of policing starting with slave patrols – “we are dealing with a deeply racist history.”  He said, “Not in Davis, but you look at police departments throughout the country and there’s white supremacist gangs – there’s really troubling stuff that needs to be rooted out.” 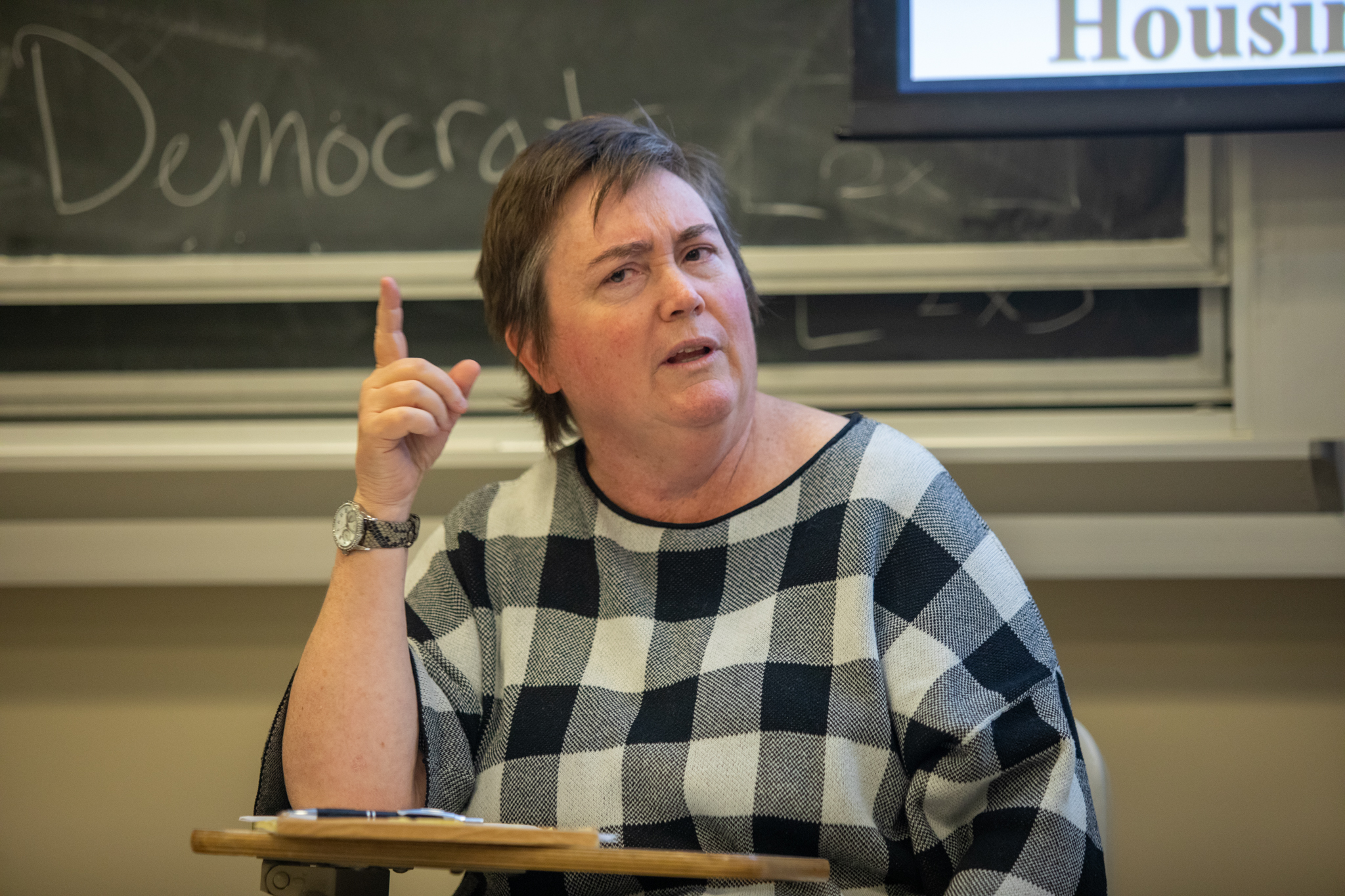 Linda Deos: “I think we need actual oversight and accountability.  Not just our police and our sheriffs, but higher up.”  She said, “The cops out there make arrests, but it’s what happens beyond that.  That’s where we need to be looking at – where is the bias, where is that training happening with those folks.“  She noted that there was a bill that proposed oversight by the county sheriffs – she believes we need more oversight. 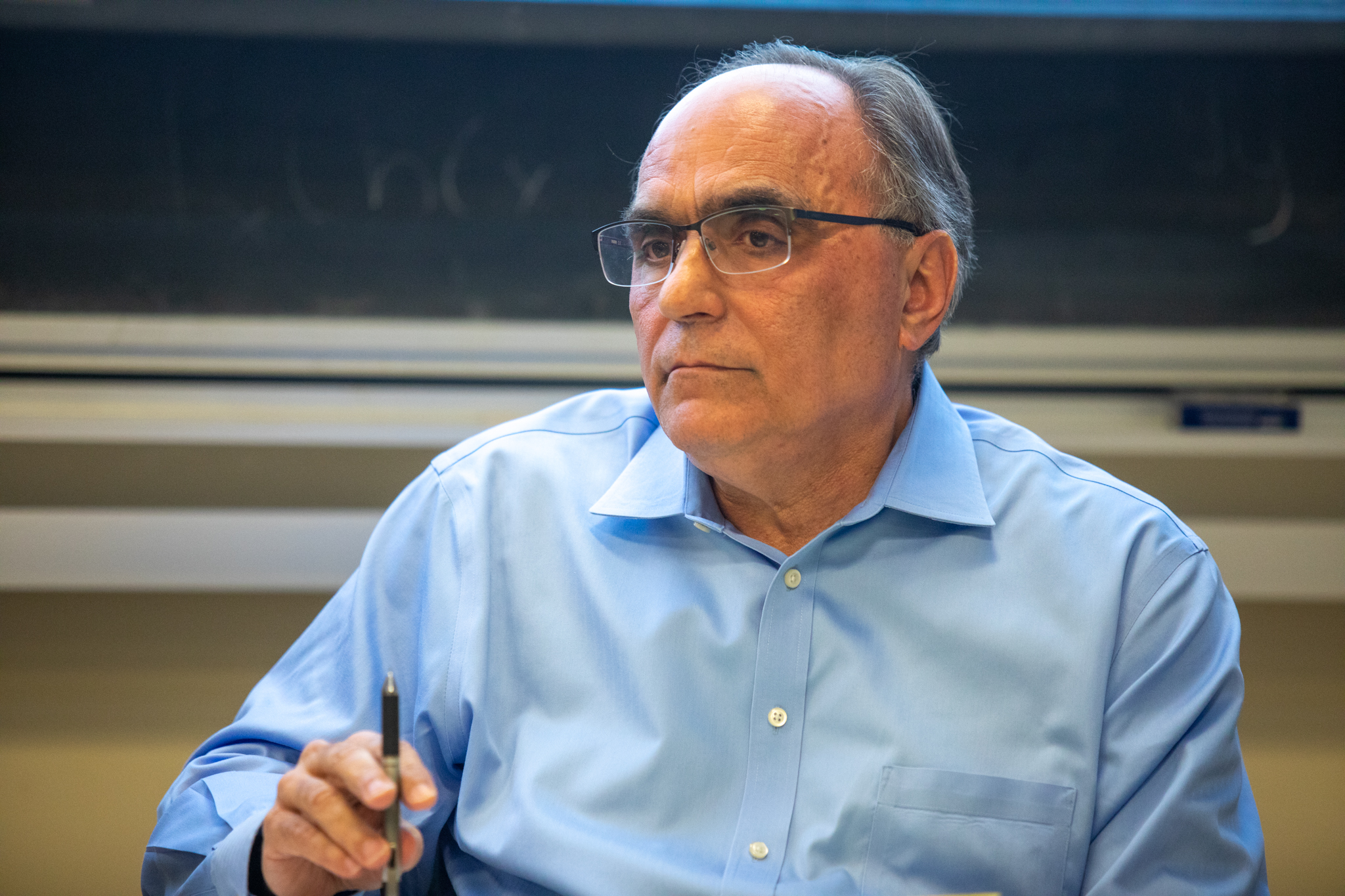 He also called for oversight of law enforcement.

He noted, “The Davis police have done a good job of learning from mistakes.  The Picnic Day incident resulted in a lot of changes to their policy, they’ve been working with community members on those changes.”

He also agree with the need for oversight on the sheriff.

14 thoughts on “Housing, Law Enforcement Among the Issues Addressed by Supervisor Candidates”