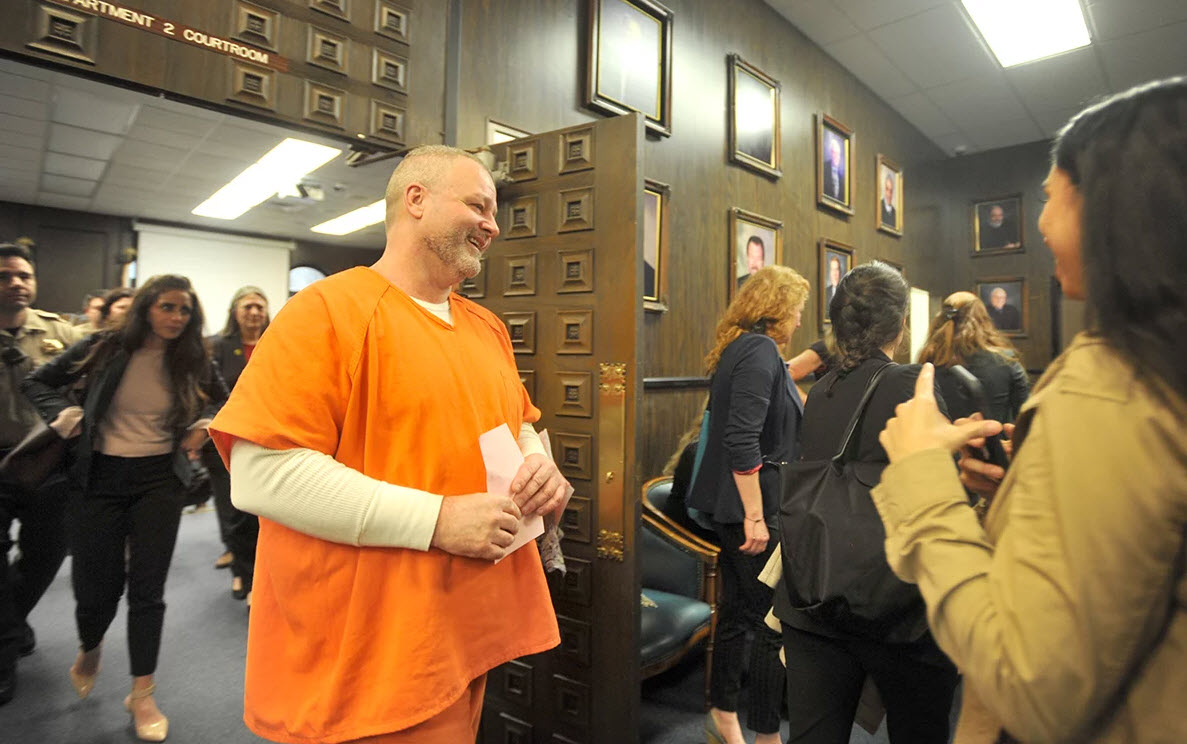 After nearly 15 years, an El Dorado man wrongly convicted of a murder decades ago has been released from prison with the help of the Innocence Project.

Ricky Davis was released from the El Dorado County Jail on Feb. 13, 2020, after DNA evidence was reexamined and proved his innocence. Davis was convicted of the 1985 murder of Janet Hylton, possibly from a coerced confession, but with the assistance of the Innocence Project and an unwavering commitment to his innocence, he is now free.

Davis’ murder conviction was reversed in 2019 due to the efforts of the Northern California Innocence Project, and this Thursday, Judge Kenneth Melekian declared that he is now “‘factually innocent’” of the murder.

The conviction of Davis for this crime stems from the victim, Janet Hylton, being found dead in his house in July of 1985. Davis, returning home from a party with his girlfriend, discovered Hylton deceased upon arrival.

The Hylton case had then been closed until 1999, when investigators began to dig deeper into the crime. Their suspicion fell upon Davis and his girlfriend, Connie Dahl. The methods of interrogation by the investigators are suspected to be somewhat coercive, as Davis and Dahl’s innocence of the crime seemingly disappeared to the point that Dahl was admitting to the crime and incriminating Davis as a result.

The proof of such coercion is lost, as Dahl passed away shortly into her prison sentence, and the officers who conducted the

interrogations are no longer in the force.

Nonetheless, Davis maintained his innocence throughout his entire journey, and with new technology allowing for better examination of evidence from the scene provided him a means of gaining his life back.

The Innocence Project, along with the El Dorado and Sacramento County District Attorney’s Offices, put requests through for tests to be done on the saliva and blood from the scene. Once processed it revealed that none of the evidence belonged to Davis; this did indeed prove his innocence, and it also led to the apprehension of another suspect, Michael Green, with the same action.

Media accounts described an “excited” scene in the courtroom Thursday as Davis’ hearing to begin the process of his release was underway. The district attorney, judge, and public in the courtroom observed a thankful man receive his freedom and name back from the clutches of this terrible crime.

This victory for Ricky Davis and his family has come as a result of the turbulent and uncertain times thrust onto them. Upon his departure from prison and into the free world, his family rushed to him and held him in their arms for the first time as a newly free man. The bombardment of cameras and news channels weren’t able to dampen the family’s spirit as they exited the prison.

As a show of his immense gratitude for the Innocence Project and their role in his release, Davis had a sweater with their logo on it as he walked out. Multiple times while walking Davis raised up the logo and without speaking emphasized their importance to him and his family.

Ricky Davis is now entitled to his freedom, a clear name, and the ability to pursue compensation for his wrongful conviction. The El Dorado District Attorney Vern Pierson emphasized to the public that he is “confident that [Davis] will ultimately be compensated” for the sentence served by Davis on a crime he did not commit.

Free to go home with his family, and free to pursue the time that he has lost as a result of this wrongful conviction, Ricky Davis can now take his first steps forward into the world.