Contra Costa DA Goes from Judge to Prosecutor; Butler Goes from Prosecutor to Professor and Critic

Diana Becton had served for 22 years as a judge in Contra Costa County before the Board of Supervisors in 2017 appointed her interim DA, then she was elected DA in 2018.  Paul Butler served as a federal prosecutor with the US DOJ before joining the law school, and has become an analyst on MSNBC and a scholar on race and criminal justice.  His most recent book is Chokehold: Policing Black Men.

Diana Becton noted that when she was appointed, the previous DA in Contra Costa County was charged with felonies and forced to resign.  Her phone started ringing late at night letting her know of the news and that there would be a process to select the next district attorney.

She was asked to consider putting her name in. 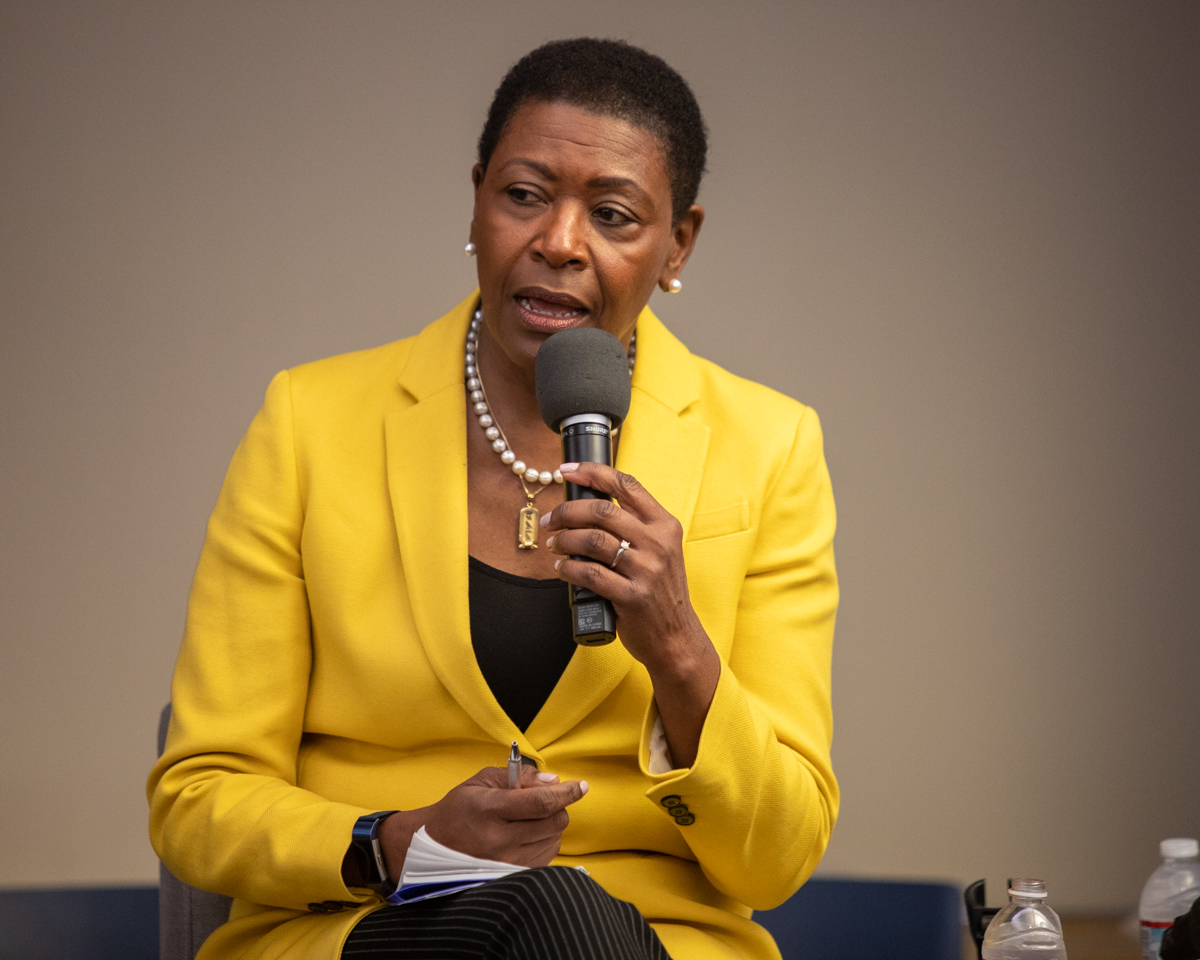 She said, “It was a really a difficult position for me.”

But she noted, “The laws in our criminal justice system really shifted a lot so that judges really didn’t have that much discretion in what happens in the court room.”  While a lot of people see judges as the most powerful person in the courtroom, “what I came to see is that it’s really the prosecutor in that courtroom who had all of the discretion and the power.

“Even though there were a lot of things I could do as a judge,” she said.  “I really began to feel very disappointed about how things were going, especially as we were looking at the high rates of incarceration as well as all of the disparities in our system.  Those things really resonated with me and I thought this would be an opportunity.”

“They had seen the effects of mass incarceration on our community and they wanted someone who would bring change to our community,” Ms. Becton said. 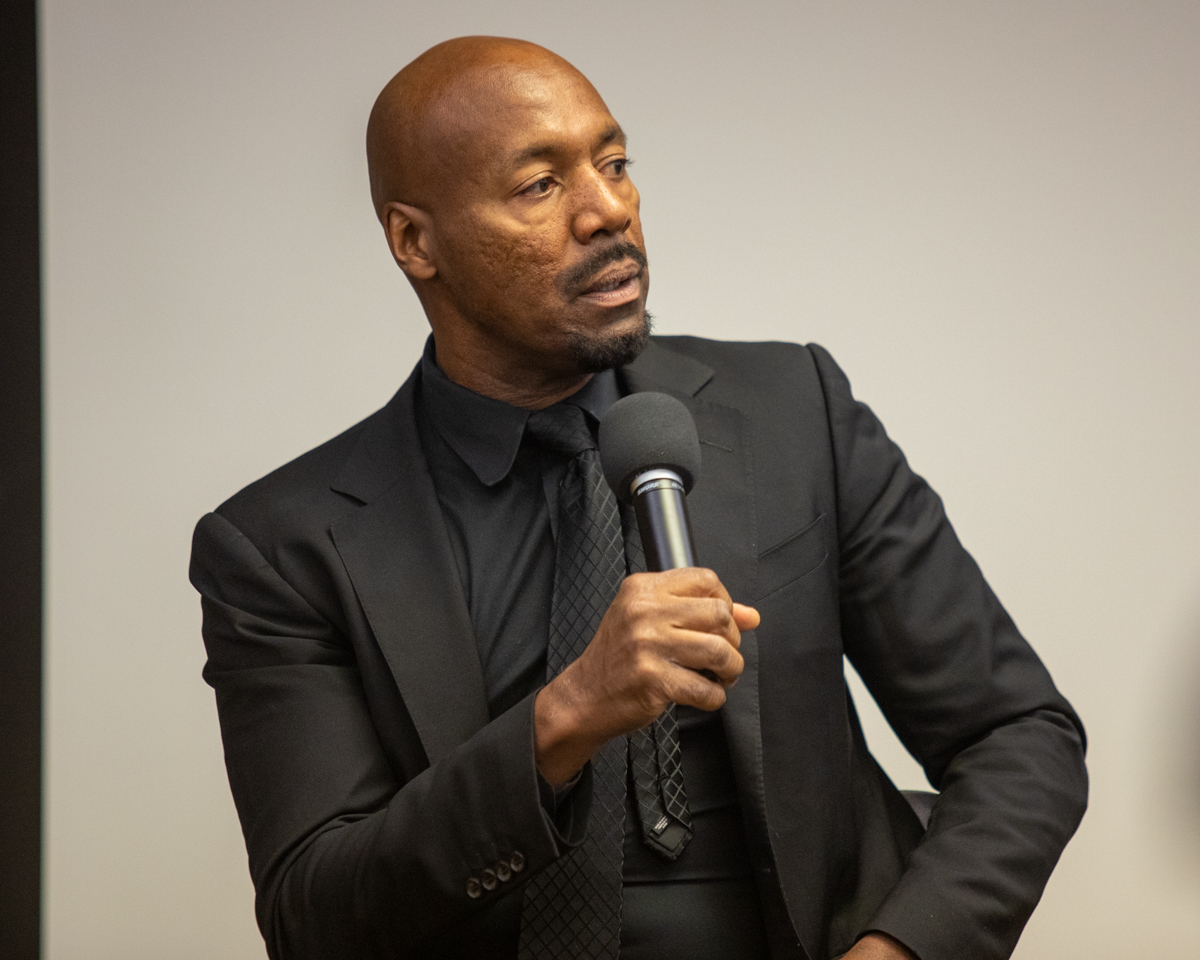 Paul Butler went from being a prosecutor to a professor.

“I’m a recovering prosecutor,” he quipped.  “I used to represent the People in criminal court in the District of Columbia and I used that power to put young black men in prison.

“Like many prosecutors, that was pretty much all I did,” he said.  “When you go to criminal court in DC, you would think that white people don’t commit crimes.”

He told the story of growing up in Chicago, the city Martin Luther King called the most segregated in America.  He was riding his bike when a cop pulled alongside him and asked, “Is that your bike?”  “Yes.  Is that your car?”  He said when he got home, his mom gave him a spanking.  “Didn’t I know what happened to black boys who talked to cops like that?”

He went into being a prosecutor: “I was hoping I could make a difference from the inside.  That’s not what happened.  Rather than change the system – the system changed me. 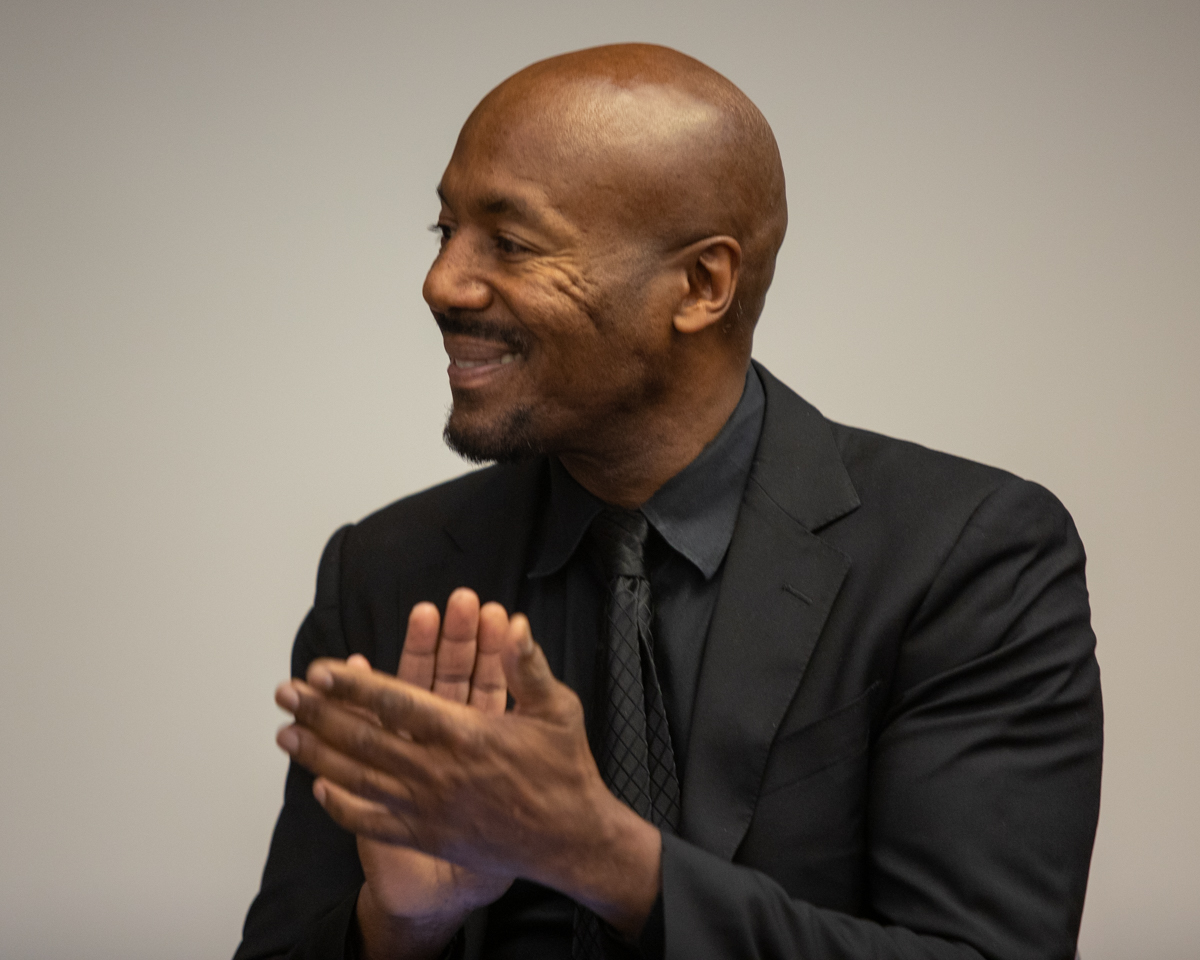 He said even if some of those people needed to be locked up, he thought that he didn’t go to law school and make all these sacrifices “to lock up my people.”

The second reason was more dramatic.  He was the junior lawyer prosecuting a US senator for public corruption.

“While I was working on that case, I got arrested and prosecuted for a crime that I didn’t commit,” he said.

In the end, “things worked out fine for me.”  That was in part “because I hired the best lawyer in the city, a former public defender, an attorney named Michelle Roberts.  That was the best decision I made.”  He said, “I literally prosecuted people in the courtroom where my trial was held.”

He turned out fine because “I looked like the type of man that they didn’t want to send to prison… Those things shouldn’t have made a difference, but they did.

“The other reason that things turned out fine for me was because I was innocent,” he said.  “The more I think about it, that wasn’t the most important reason. I would have rather been guilty and have Michelle Roberts than  innocent and have a lawyer who didn’t have the resources to try my case the way it should have been tried.”

He said when he was a prosecutor, he didn’t believe it when the defendants said the cop was lying.

“You mean the officer had nothing better to do than make up stuff about you,” he said he told defendants.  “In my trial, the cop took the stand and lied his ass off.  I don’t know why he would do that but he did.”

Defendants would say that there are people who know the truth who won’t come forward andm in his case, there were many who did and wouldn’t come forward.

In his 2009 book, he had a chapter that asks, “Should Good People Be Prosecutors?”

The way that they tried to fix the problem was to “lock up people and by doing so they thought they were doing the Lord’s work.”

He said that if you want to help victims, maybe being a prosecutor is the way to go.

However, Professor Butler argued about becoming a prosecutor to help reduce incarceration, to end the New Jim Crow: “I’m not sure being a prosecutor is the most direct way to do that.”

Professor Butler said it was the defense attorney who was supposed to work on behalf of the accused, not prosecutors.

The professor also pointed out that most of the time the politics is focused on locking people up.  Every so often, “the politics shifts.”  He warned, “The politics is going to shift back.  It always does.”

He said about the people who want to use this power to make a difference, “They get frustrated.

21 thoughts on “Path to Change: The Divergent Path of Two Prosecutors toward Criminal Justice Reform”