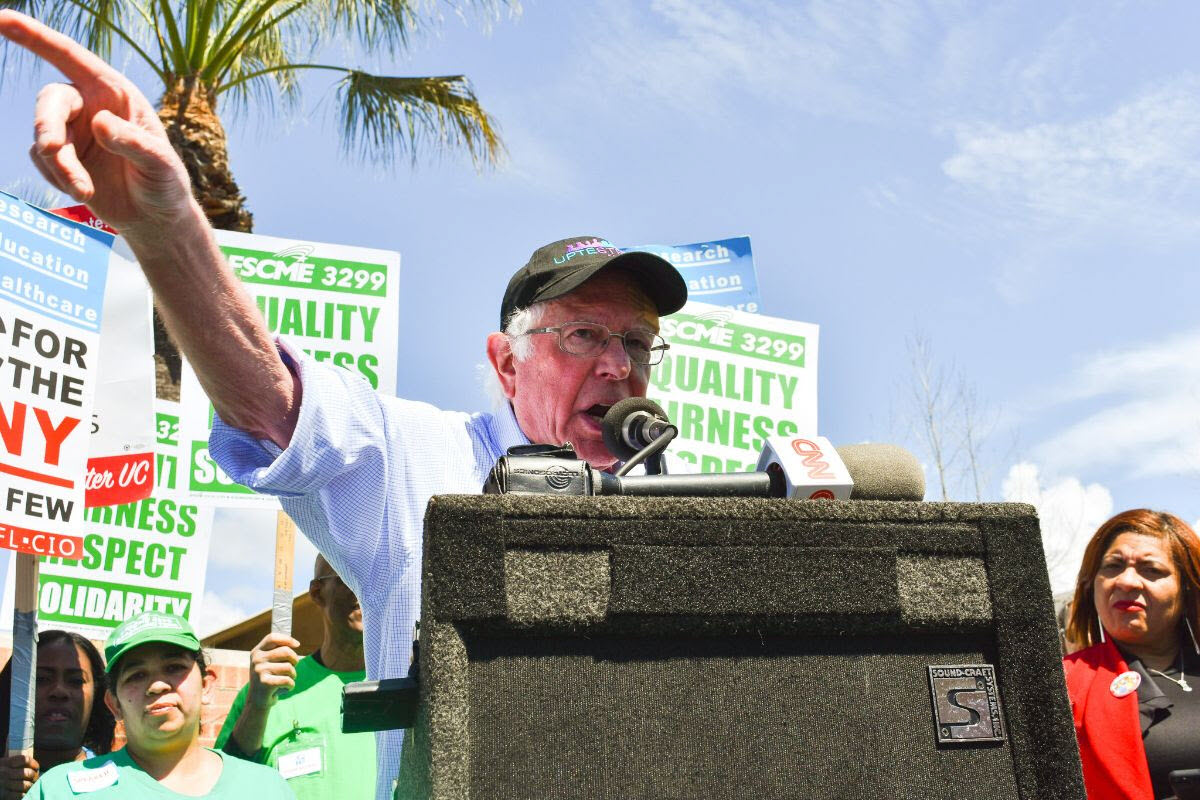 The announcement follows a close consultation with Local 3299’s membership, in which Senator Sanders received significantly more support than all other candidates combined in a recent survey.

“This election will be a referendum on a corrupt President who has actively worked to rip off workers, attack our families and undermine our collective bargaining rights,” said AFSCME Local 3299 Executive Vice-President Michael Avant.  “These are the biggest voting issues for our members. And while any of the major candidates challenging Trump would be a significant improvement, none have walked the talk as reliably and consistently as Senator Bernie Sanders, and that’s why we are enthusiastically endorsing him for President.”

During Local 3299’s three year struggle against outsourcing and wage inequality at UC, Senator Sanders not only honored a speaker’s boycott that led the DNC to relocate a planned debate at UCLA, he joined AFSCME 3299 members on the strike line in March of 2019.

“The public support of officials who share workers’ values was a major factor in our efforts to secure historic new contracts for our members,” added AFSCME Local 3299’s Patient Care Unit Vice President Monica De Leon.  “To close America’s widening income gap, fix its broken healthcare system and uplift our most vulnerable communities, that’s the kind of leadership we need in the White House.”

AFSCME Local 3299 is now the third University of California union to endorse Sanders for President, joining the California Nurses Association and UPTE-CWA Local 9119.