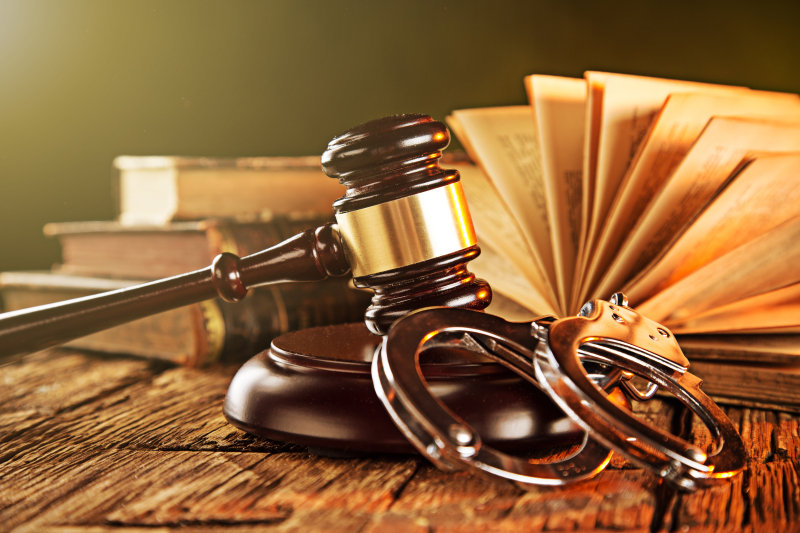 (The following is a letter from Friday, March 27, from Kathleen Guneratne, Senior Staff Attorney for the ACLU).

While we have had limited ability to review, we have concerns and questions about the lawfulness of the recommendations in the March 27, 2020 report to the Judicial Council regarding COVID-19.

These new recommendations permit the government to delay hearings far beyond even the statutory extensions contemplated in Govt. Code 68115 (for example, up to 30 days for a preliminary hearing, double the 15 days contemplated in Govt. Code 68115 and three times longer than the ten days permitted by Pen. Code 859(b)). They would suspend of all the statutory protections for criminal defendants until 90 days after the state of emergency is lifted. They would drastically increase the length of incarceration for an already vulnerable population.

In particular, we have grave concerns about the Judicial Council’s proposal to extend the time period provided for in Penal Code section 825 in which a defendant charged with a felony offense shall be taken before a magistrate from 48 hours to up to seven days. While there is no doubt that we are in unprecedented times with the COVID-19 pandemic, the health, convenience, and safety of the public must not override arrested persons’ constitutional rights.

As the U.S. Supreme Court has stated, ““[i]n our society liberty is the norm, and detention prior to trial or without trial is the carefully limited exception.” (U.S. v. Salerno (1987) 481 U.S. 739, 755.) In order to operationalize this presumption, the California Legislature enacted Penal Code section 825 to ensure that arrested persons do not spend extended periods of time in detention

before even being formally charged with a crime. Penal Code section 859b further operationalizes the presumption, and serves as an important check on unreasonable detention.

The American Bar Association’s (ABA) standards on pretrial release provide that “[u]nless the defendant is released on citation or in some other lawful manner, the defendant should be taken before a judicial officer without unnecessary delay.” (ABA Standards for Criminal Justice: Pretrial Release (3d ed. 2007) standard 10-4.1, page 77.) Specifically, the standards explain that the defendant “should be presented at the next judicial session within [six hours] after arrest” and that “[i]n jurisdictions where this is not possible, the defendant should in no instance be held by police longer than 24 hours without appearing before a judicial officer.” (Id.) Penal Code section 825 already provides for a period twice as long as the maximum recommended by the ABA. The Judicial Council now proposes a timeframe seven times longer than the recommended maximum.

This proposal will disproportionately impact low income people who cannot afford the amount of bail provided for in the bail schedule. While people with means will presumably still be able to bail out of jail quickly, low income people will have to wait for a week for any meaningful consideration of release either on lower bail or on their own recognizance. This only reinforces the two-tiered system of justice the Judicial Council has fought to eliminate, and brings it into even sharper relief when considering the vast disparity in the amount of time low income people will spend in detention as compared to people with greater wealth. At a time when low income people are being hit the hardest by the public health crisis – both financially and otherwise – extending the time for arraignment will only widen that gap.

Rather than extending the time for arraignment well beyond what the Legislature has allowed and what the ABA recommends, we urge you to adopt a policy of releasing arrested persons who cannot be properly arraigned within the time allowed in the existing statute. This approach follows the recommendations of both the ABA and the American Law Institute. (See American Bar Association Standards for Criminal Justice: Pretrial Release (3d ed. 2007) standard 10-4.1, page 77 [“A defendant who is not promptly presented should be entitled to immediate release under appropriate conditions unless pretrial detention is ordered…”]; American Law Institute, Model Code of Pre-Arraignment Procedure §310.1 (1975).)

We likewise write to express the concern that there has been no meaningful form of public access to the courts during this time, and there is none seemingly contemplated in the Report’s recommendations.

Understandably, consistent with public health recommendations, many courts have restricted or curtailed physical access to superior courts. However, absent a plan or directive to provide alternative forms of access such as teleconferencing or live-streaming, many superior courts across the state are apparently instead conducting hearings in secret, entirely closed to the public. In addition to the media being excluded, we have heard reports of family members of loved ones, as well as community organizing groups that routinely watch court proceedings, denied access.

We have serious concerns about the constitutionality of what is occurring right now. Given the bedrock federal and state constitutional rights to access our courts, the validity of any court closure requires careful consideration of less restrictive alternatives. (See U.S. Const., Amend. 1; Cal. Const., Art. 1 Sec. 3; See, e.g. In re Copley Press, Inc. (9th Cir. 2008) 518 F.3d 1022, 1028, citing Press–Enterprise Co. v. Superior Court (Press–Enterprise II), 478 U.S. 1, 12–13 (1986).) An obvious alternative to physical access is a call-in line for the public. Indeed, tomorrow’s Judicial Council meeting is accessible to the public through a public line. Why is the same not required of criminal courts across the state? Moreover, the capacity to do more surely exists. For example, Orange County court livestreams its court proceedings to YouTube. (See https://www.occourts.org/media-relations/LiveStream.html?fbclid=IwAR2TWXezutqKp0uE9SxZPs9q_s8a5iX9_LvYxM0G76ZEslekrrECCxly9A.) Other courts should follow suit.

Moreover, government transparency is paramount during this pandemic. We are hearing alarming reports that pretrial detainees are being denied basic due process, including the right to an arraignment. (Cf. Cal. Const. art I, § 14 [right to felony arraignment on complaint without unnecessary delay].) We have heard that some superior courts are refusing to accept filings that inmates are trying to file, including petitions for writs of habeas corpus. The public has a right to know, and see, whether these things are occurring.

Access to court is a pillar of our society. It matters now more than ever.

We thank you for your leadership on these issues and appreciate your steps to ensure that criminal proceedings continue to uphold the rights of the accused and remain meaningfully accessible to the public. Please do not hesitate to contact us should you have any questions or concerns.