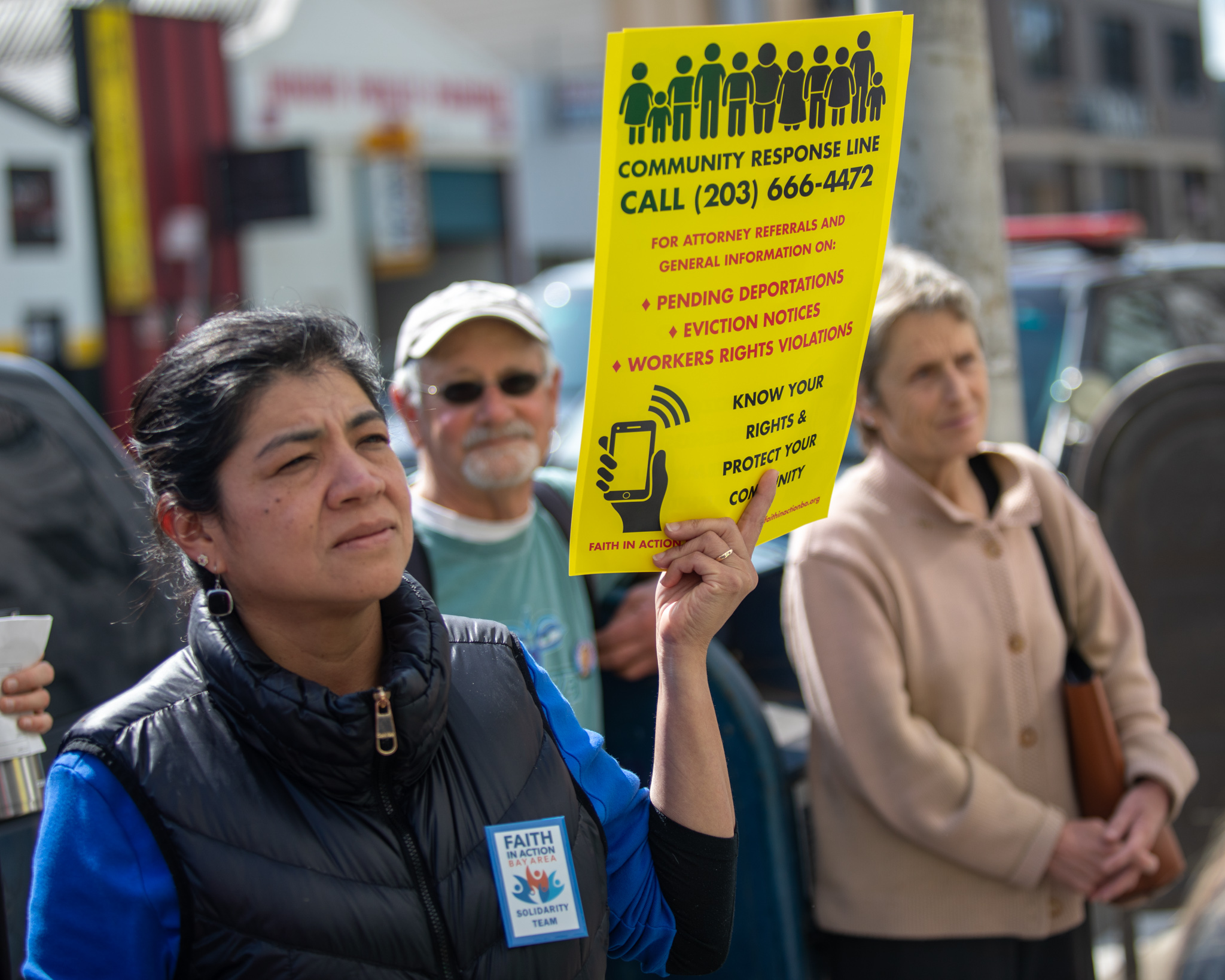 SAN FRANCISCO – Last week ICE arrested a San Francisco resident in front of the Hall of Justice.  This, as well as similar incidents in other parts of Northern California, led speakers from the FREE SF Coalition and other community organizations to hold a press conference on Monday to condemn the due process violations.

One of the organizers, Abigail Salazer from FREE SF, said, “We’re here to denounce the tactics that ICE is using that violate our community’s due process rights in the ways in which ICE has continued to attempt to separate and terrorize our people.”

She said, “ICE’s actions have only strengthened our determination to stand up for our values and our communities.”  She added that these actions are not only happening in San Francisco, but in other parts of Northern California. 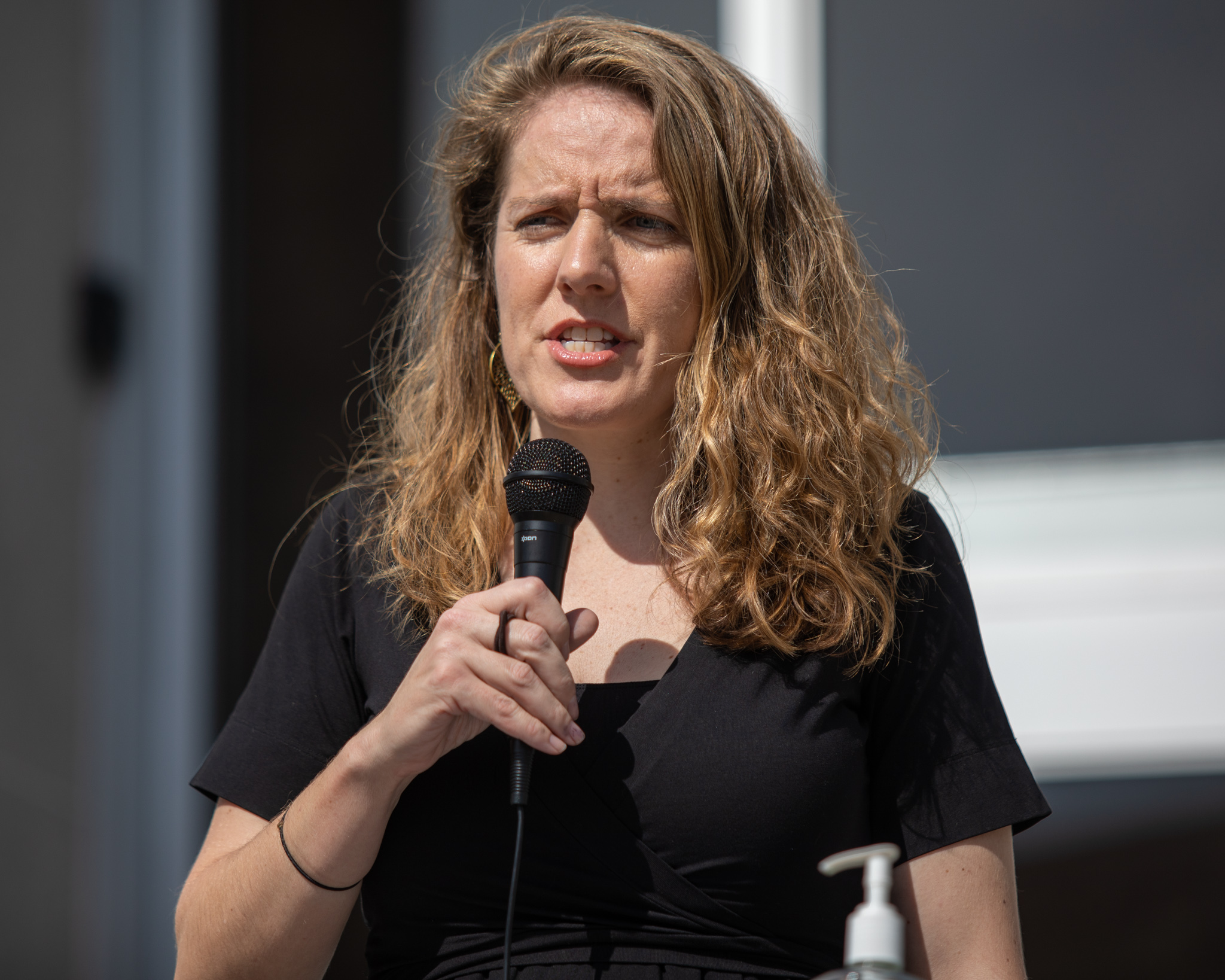 Deputy Public Defender Emi MacLean, with the immigration unit, represented the man who was arrested outside of the Hall of Justice last week.

She said, “(He) is in an ICE detention center in Bakersfield after having been ambushed by three ICE agents at the steps of this courthouse on Tuesday.”

He attended a court hearing as required by the courts and was arrested “for doing the right thing—showing up at court.”  The man is 43 years old and has lived his entire adult life in San Francisco.

“Twenty years of ups and downs.  Like so many people he came here with hope in the American Dream,” she said.  “He worked to support his family.  But he fell on tough times in the last few years after becoming the victim of a brutal and near fatal stabbing on the streets of San Francisco while he was coming home from work.”

She said that he spoke to her this morning and he wanted to share this message: “On Tuesday I was trying to go to my court hearing when ICE Agents arrested me as I reached the courthouse steps.  I couldn’t believe what was happening.  What happened to me, shouldn’t happen to anyone.  A court should be a safe place.”

Ms. McClean noted that “when San Francisco supported its sanctuary law, it was standing up to say that San Francisco is a community that believes in rehabilitation and not deportation.  We were saying we believe in second chances.”

When California supported its sanctuary law, “it was saying we believe in access to court, not ambushes from ICE agents on victims, witnesses, and defendants who are doing the right thing by coming to court.” 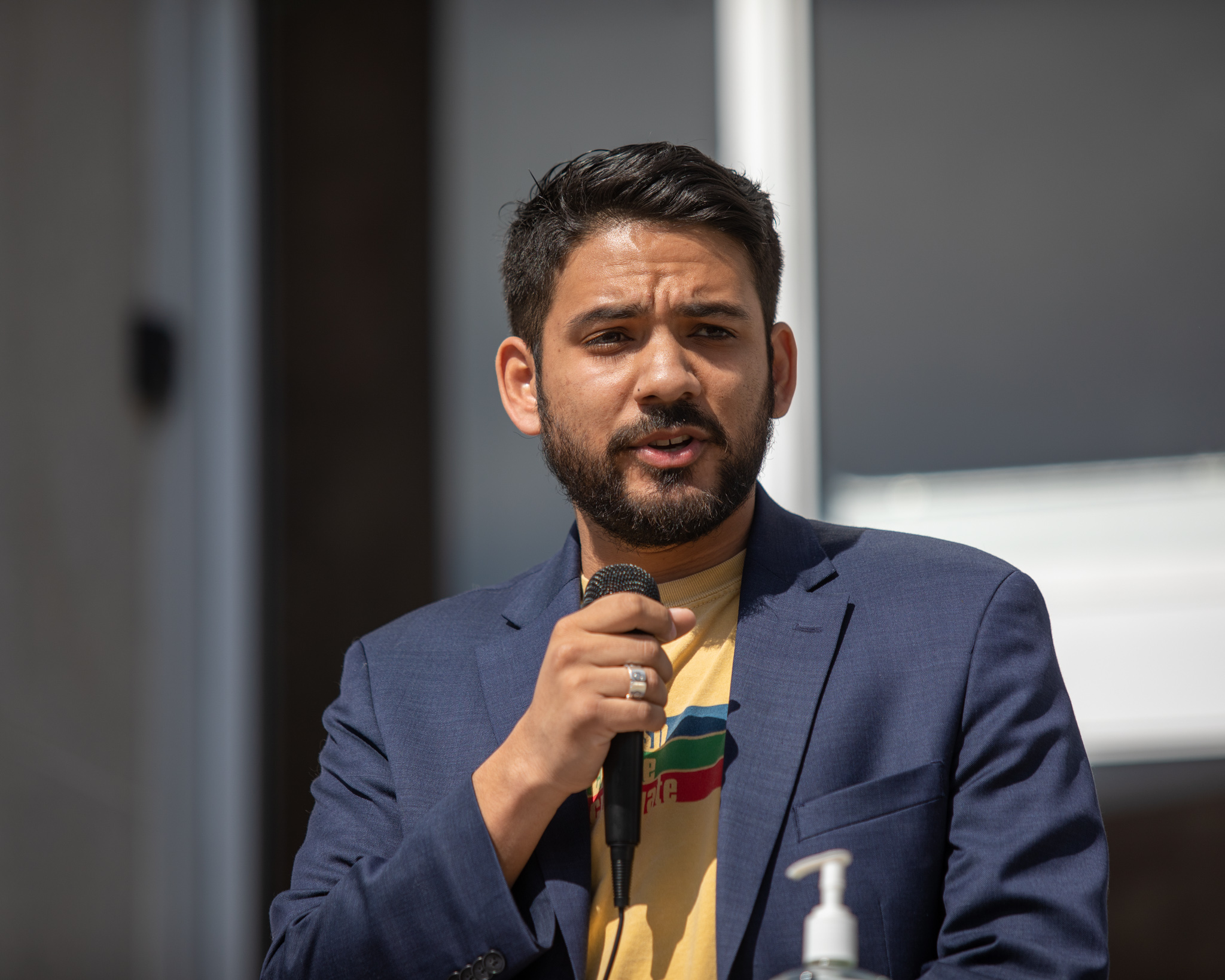 “This isn’t just work, this is personal,” he said.  He decried our “cowardly and hateful government,” that he said “continues to terrorize our communities.

“I want to assure everyone that we’re watching and ready to respond to these due process violations,” he said.  “These recent arrests are acts of state-sponsored violence in our communities.  They’re meant to target our communities and create an atmosphere of fear.” 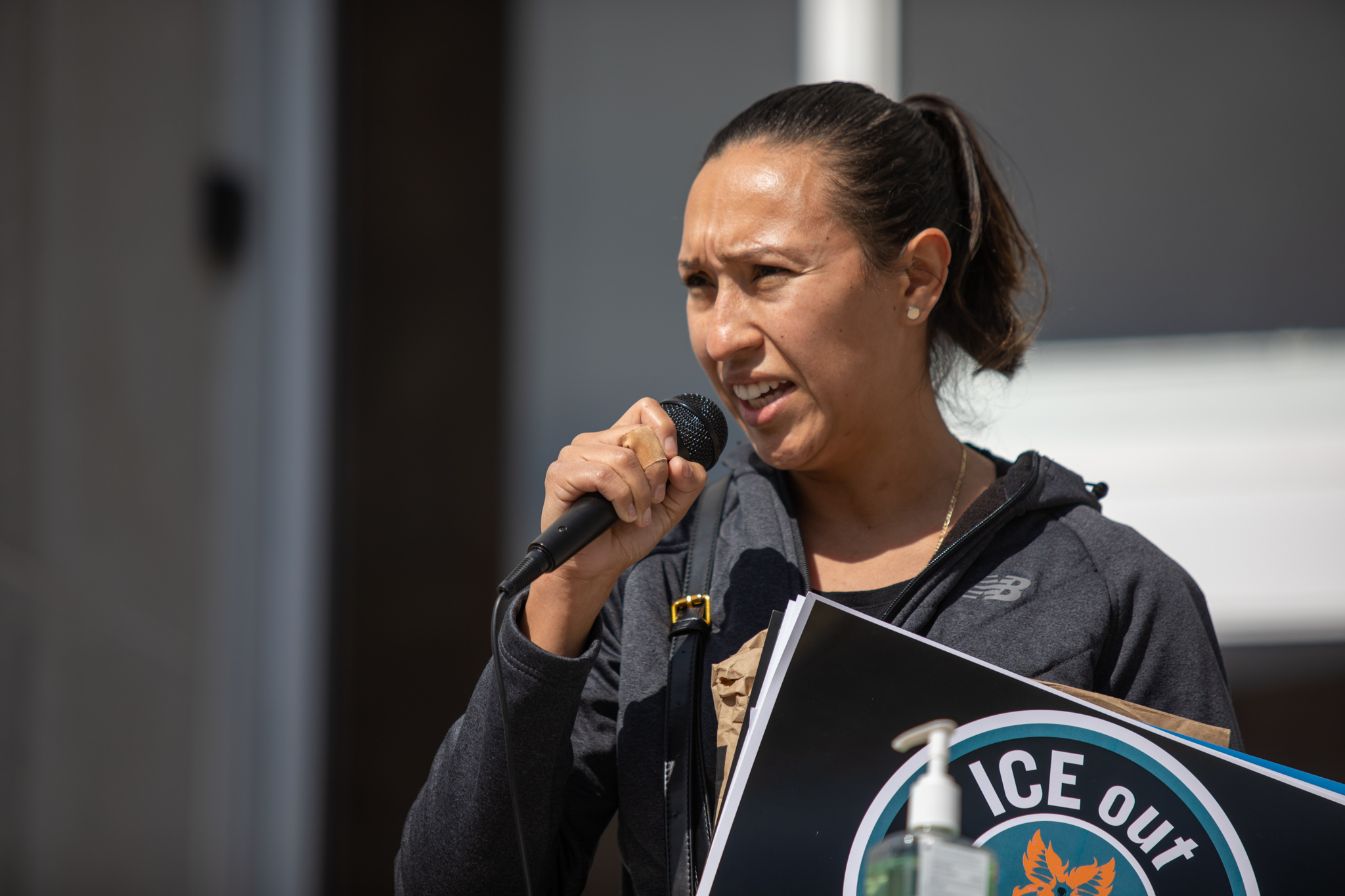 Cecilia Chavez with Silicon Valley De-Bug explained that they are part of the FIRE Coalition, made up of 10 to 12 organizations that fight for immigrant rights in Santa Clara County.

“This is so shady,” she said.  “ICE now taking people from court who are trying to do the right thing.” 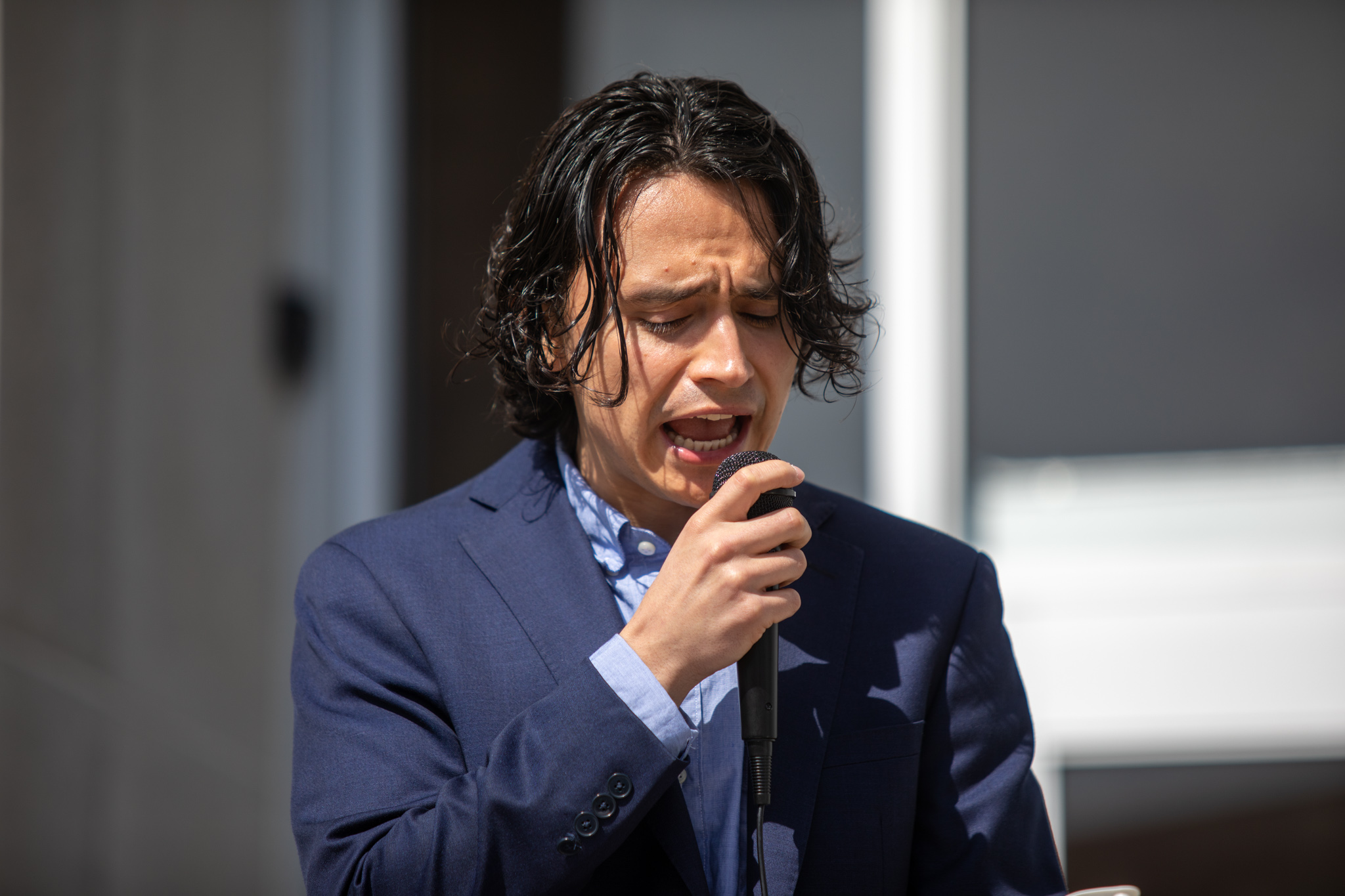 Luis Angel Reyes Savalza, an attorney with the Rapid Response Network for Santa Clara County, said that the unlawful tactics by ICE against the immigrant community “are nothing new.

“We have stopped ICE before and we will stop ICE again,” he said.  He said their group in the last week has verified at least four attempts by ICE to arrest community members attending court hearings in Santa Clara County.  “In all four incidents, ICE officers lacked judicial warrants as required by California Law.”

He noted in one incident their legal observers showed up, documented ICE officer violations and they left without making a single arrest.

“That day, our community won,” he said.  “This behavior is unlawful and when our trained legal observers are present to respond to these violation, we can stop ICE again and again.”

He said this conduct “undermines people’s constitutional rights to attend court hearings.  It deters victims, witnesses and the accused from having equal access to justice.

“These actions are unconscionable and we will not stand idly by as our communities are targeted by an administration that espouses an ideology of white supremacy,” he said. 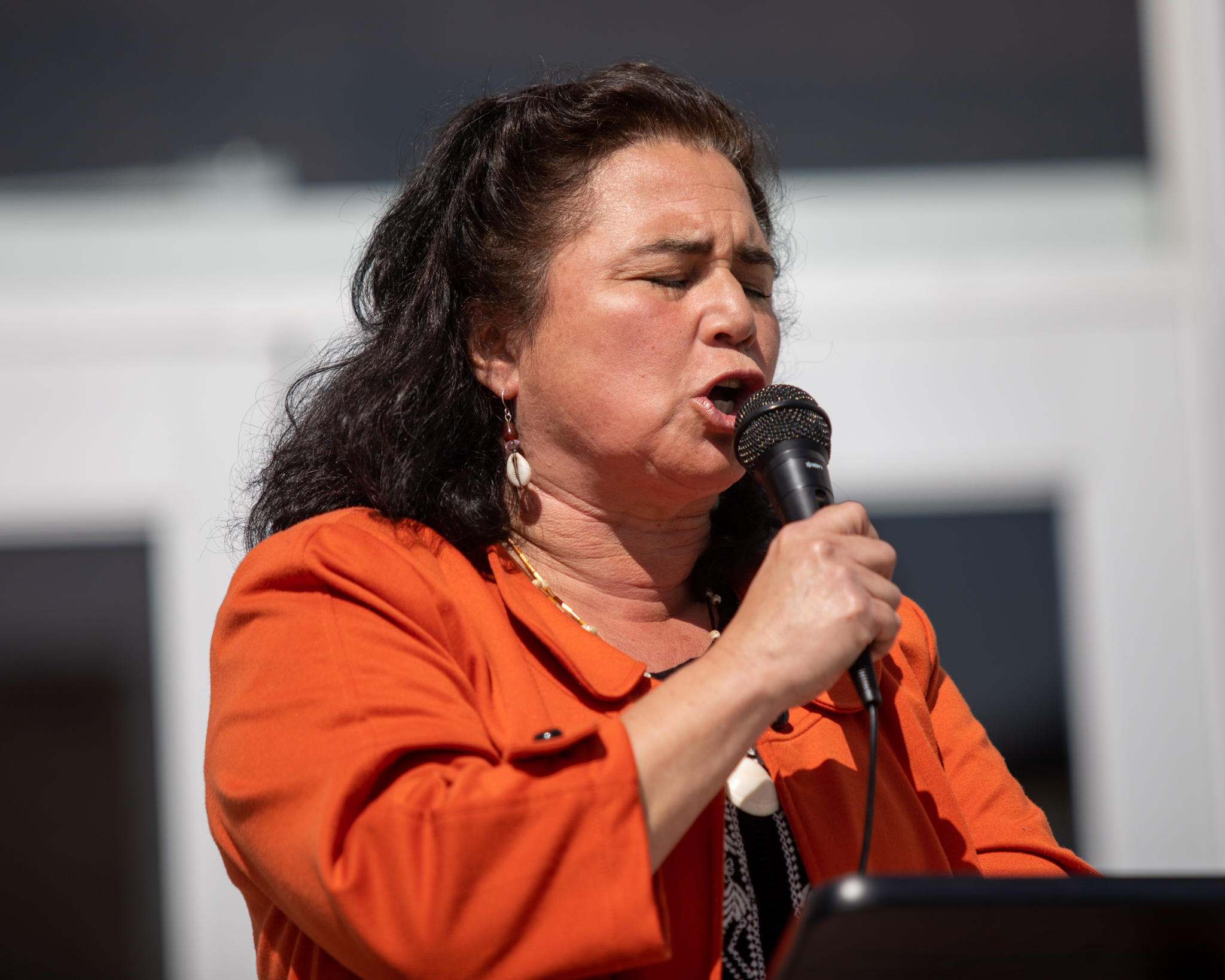 Renee Saucedo from the Graton Day Labor Center​ in Sonoma Co. sent the message to ICE that “we’re not going to put up with you anymore.”

She said, “You are a bunch of immoral people and we don’t want you.”

She noted that in Sonoma County about two weeks ago, “We survived something very similar to what happened here in San Francisco.  We had at least two companeros detained by ICE and ultimately deported.

“One was detained in the halls of the Hall of Justice as he was approaching his public defender.  The other one was getting out of his car and climbing the front steps of the building.”

She said, “They had no warrant to come in and conduct arrests.” 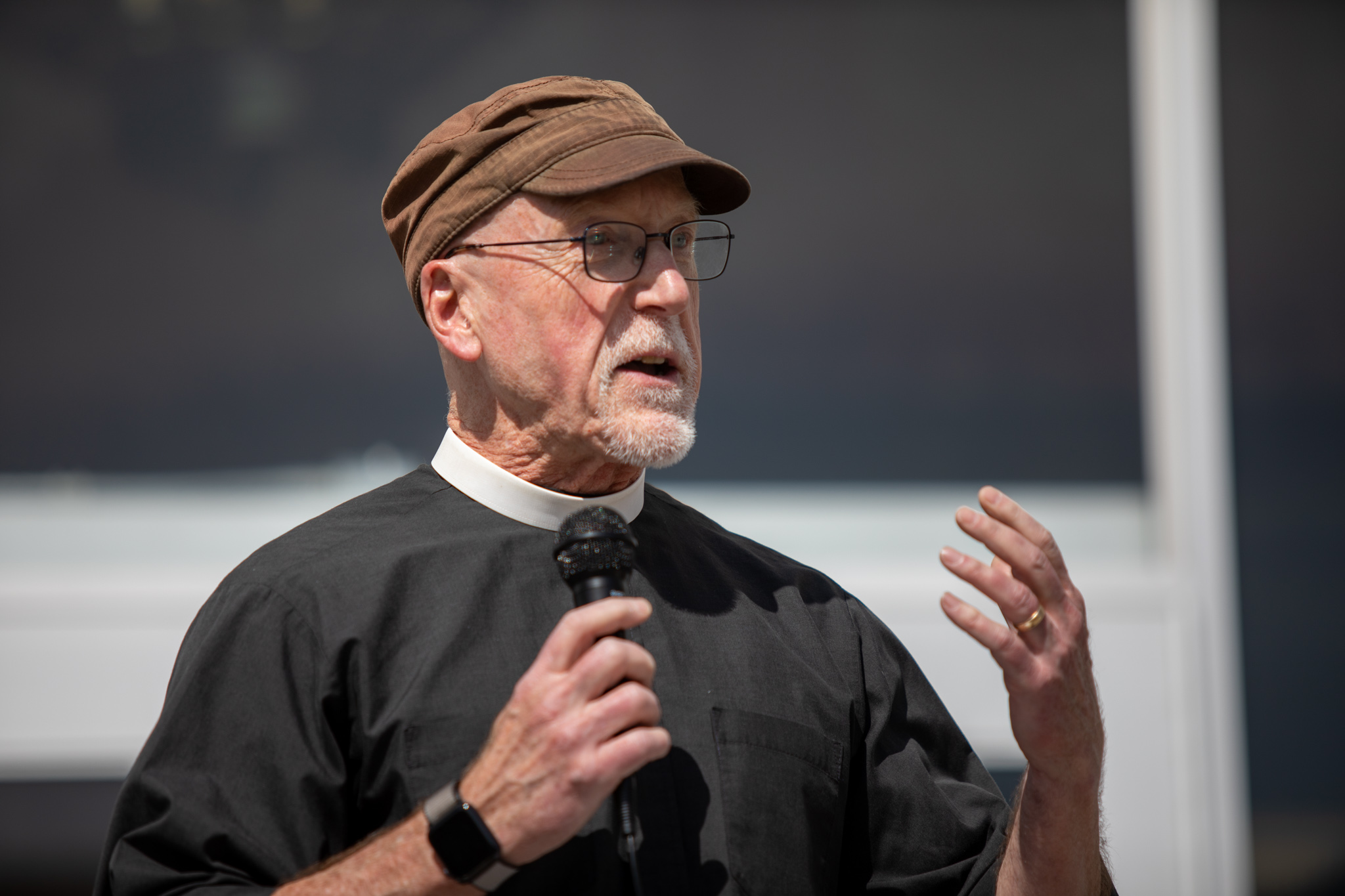 Father Richard from Faith in Action Bay Area said, after so many years, “I have never seen our faith communities ever be so resolute about the sanctuary issue as we are today.”

He said that they have welcomed immigrants to live in our families, some have stayed in our churches: “We’ve accompanied them to immigration hearings.”

He said, “From the moment that faith communities gave birth to the sanctuary movement back in the 80s, we’ve worked very hard with so many others to strengthen and clarify the sanctuary laws of our larger cities.”

He asked, after all of these struggles, “Does Trump really think that we’re suddenly going to back down?” 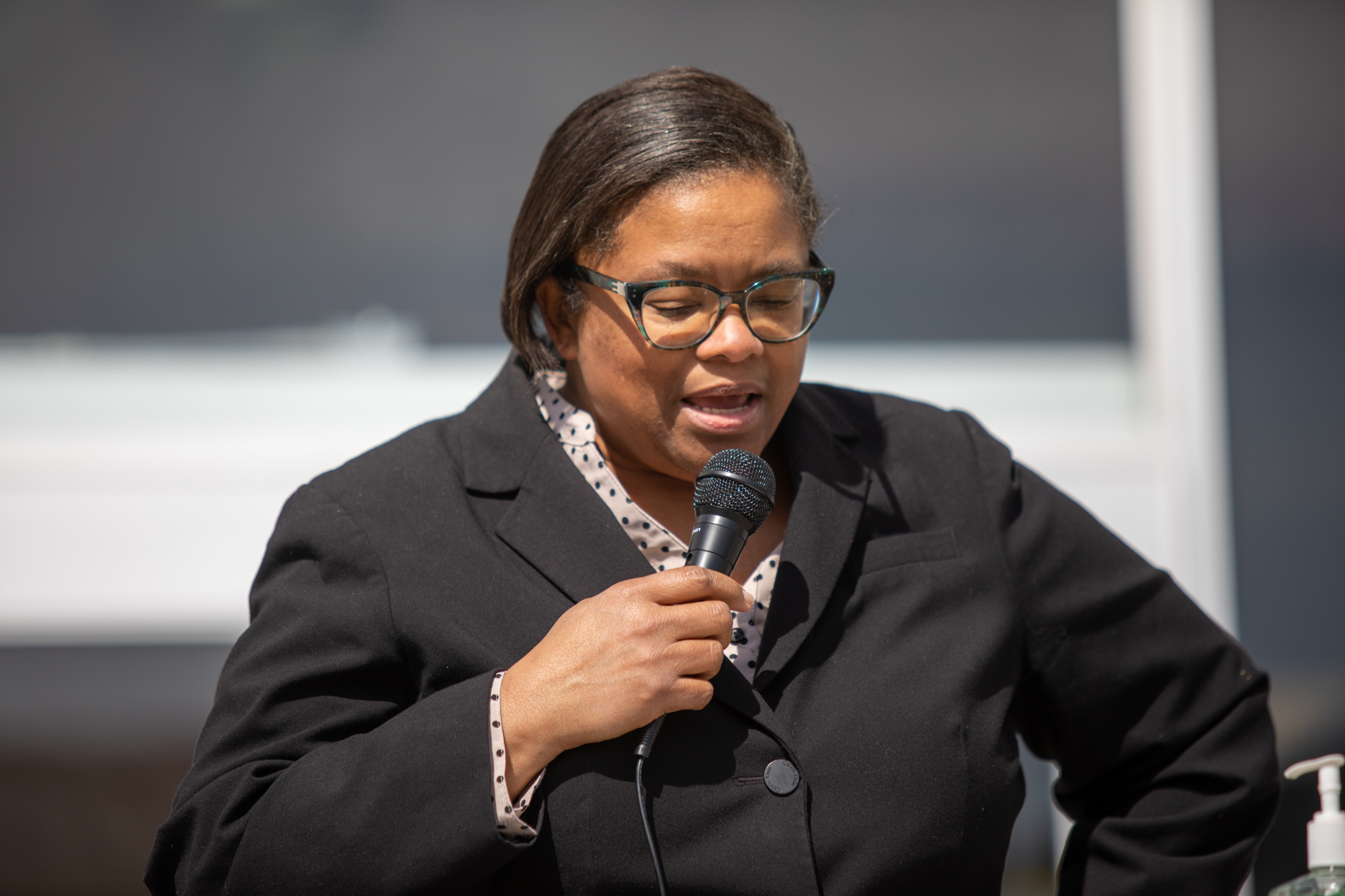 Finally, Yolanda Jackson, the President of the Bar Association of San Francisco, spoke.

“We care a lot about due process and a lot about the rule of law,” she said.  “What we’re talking about here today, both of those are being violated.”

She said, “Unfortunately this is not the first time the bar association has had to speak out on ICE arrests in our courts.”  She particularly decried arresting people attempting to access the courts to get their matter heard.

She noted that California Supreme Court Chief Justice Tani Cantil-Sakauye spoke out on this issue in 2017.  “She admonished the US Department of Justice for allowing immigration agents to stalk—she used the word stalk—undocumented immigrants in our courthouses in order to make arrests.”

“Court houses should not be used as space for enforcing our immigration laws,” she said.