On Friday there was a day conference hosted in San Francisco by the Justice Collaborative.  The first panel, where newly-elected San Francisco District Attorney Chesa Boudin had a conversation with USC Law Professor Jody Armour, stole the show—as Mr. Boudin used the opportunity to roll out a preview of the new policy he would formally announce an hour later.

Professor Armour noted to Chesa Boudin that he had been at this for over 20 years, “and the idea of a progressive prosecutor was unimaginable, 15 years ago, 20 years ago.”

He noted that both he and Chesa Boudin had experienced the pain of parental incarceration.  While Mr. Boudin’s story is well known by now, Professor Armour, the youngest of eight, described how he lost his father to possession of marijuana for sale and a 22- to 55-year sentence.

He described how his father, a 6-8 black man, studied law in the prison library and took his case to the 6th Circuit Court of Appeals and, in 1974, in the Armour v. Salisbury case they ruled “it’s a denial of due process for the prosecution to lie to the jury to convict a defendant.”  He said this is common sense now, but at the time, this established the precedent.

Professor Armour noted that this was Black History Month and that Chesa Boudin is taking on that legacy, paraphrasing from Michelle Alexander (author of The New Jim Crow) he said, “The civil rights issue of our day is criminal justice.”

“We know that these are the civil rights issues of our generation,” he said.  “We have a lot of work to do.  It’s amazing to see every day, every step of the way, how much resistance there is to change.”

Chesa Boudin responded to criticism from people like Tucker Carlson at Fox News on the issue of the homeless, stating, “I’ll take the blame, but I just want credit for homicide rates being at their lowest.  Property crime declining for two consecutive years.” 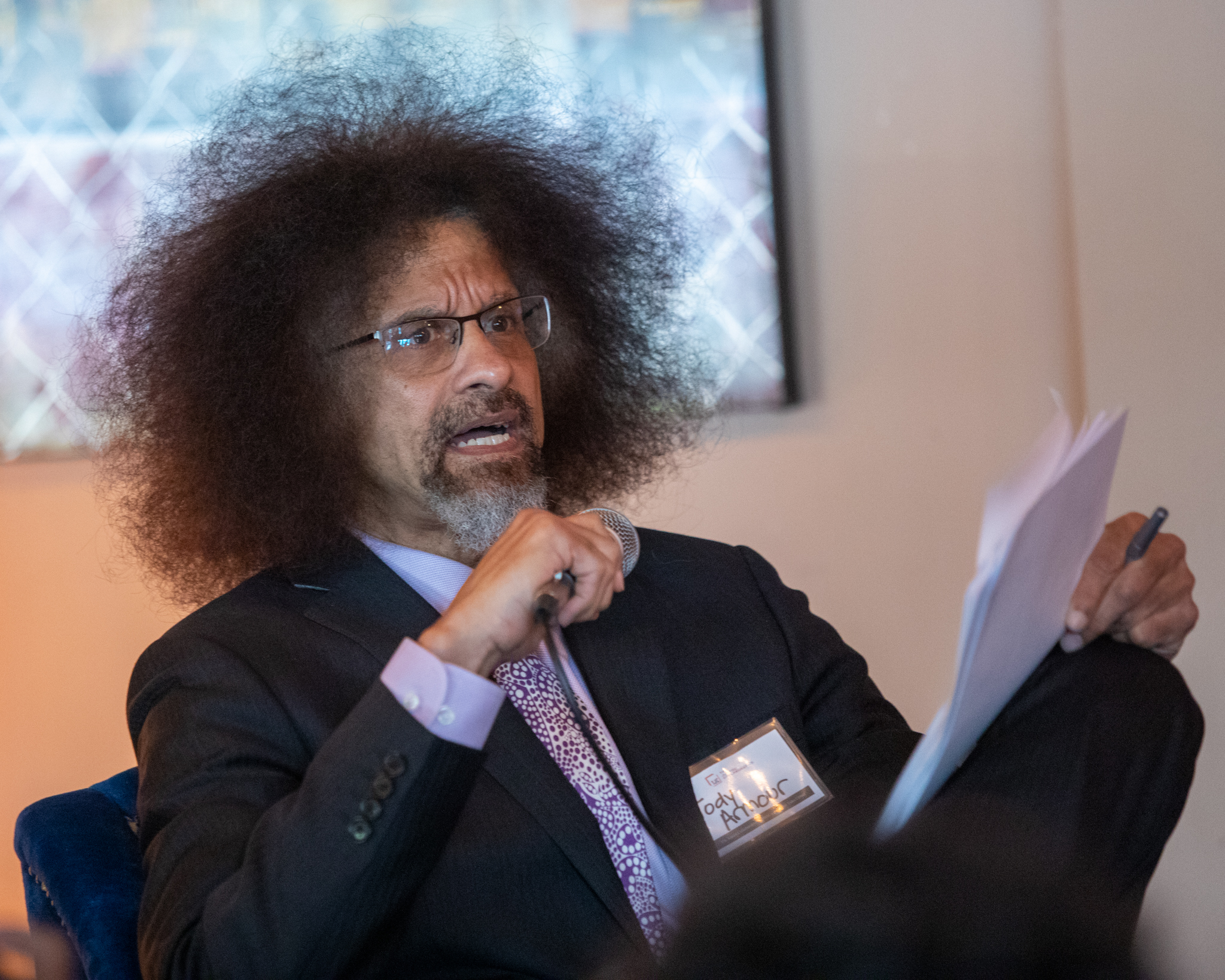 He read from the policy and said, “This is an historic moment that we’re in.”

Chesa Boudin said, “We’re announcing today two related policies, and we’re doing it today, in part because it’s Black History Month.”  He added, “We want to end Black History Month with policies that speak to the legacy of racism in our criminal justice system.”

He said, “(We want to) directly confront and take head on the ways in which that racism continues to manifest everyday in our streets, in our courtrooms and in our prisons.  We know that these policies will not solve the problem of racism or racial disparities but they will confront it…”

He said that these policies amplify “a history that we are all ashamed of and yet we continue, day in and day out, to justify the unjustifiable by looking merely at the facts of the case and losing sight of the big picture.”

Mr. Boudin said that, while these policies are separate, they both are announced together because they recognize the need to take racism head on.

Reading from the policy: “The San Francisco District Attorney’s Office has a presumption against filing possession of contraband crimes when the search stemmed from an infraction-related stop, and no other independent probable cause (such as observed contraband in plain view) or other legal justification exists to justify the search and seizure of the contraband.”

Professor Armour noted in Grim v. United States, 1996, that Washington police were on patrol, they saw a truck with temporary plates and young black occupants who were waiting at a stop sign, and at this point, he pointed out, there was not sufficient evidence under Terry or probable cause to make an arrest. 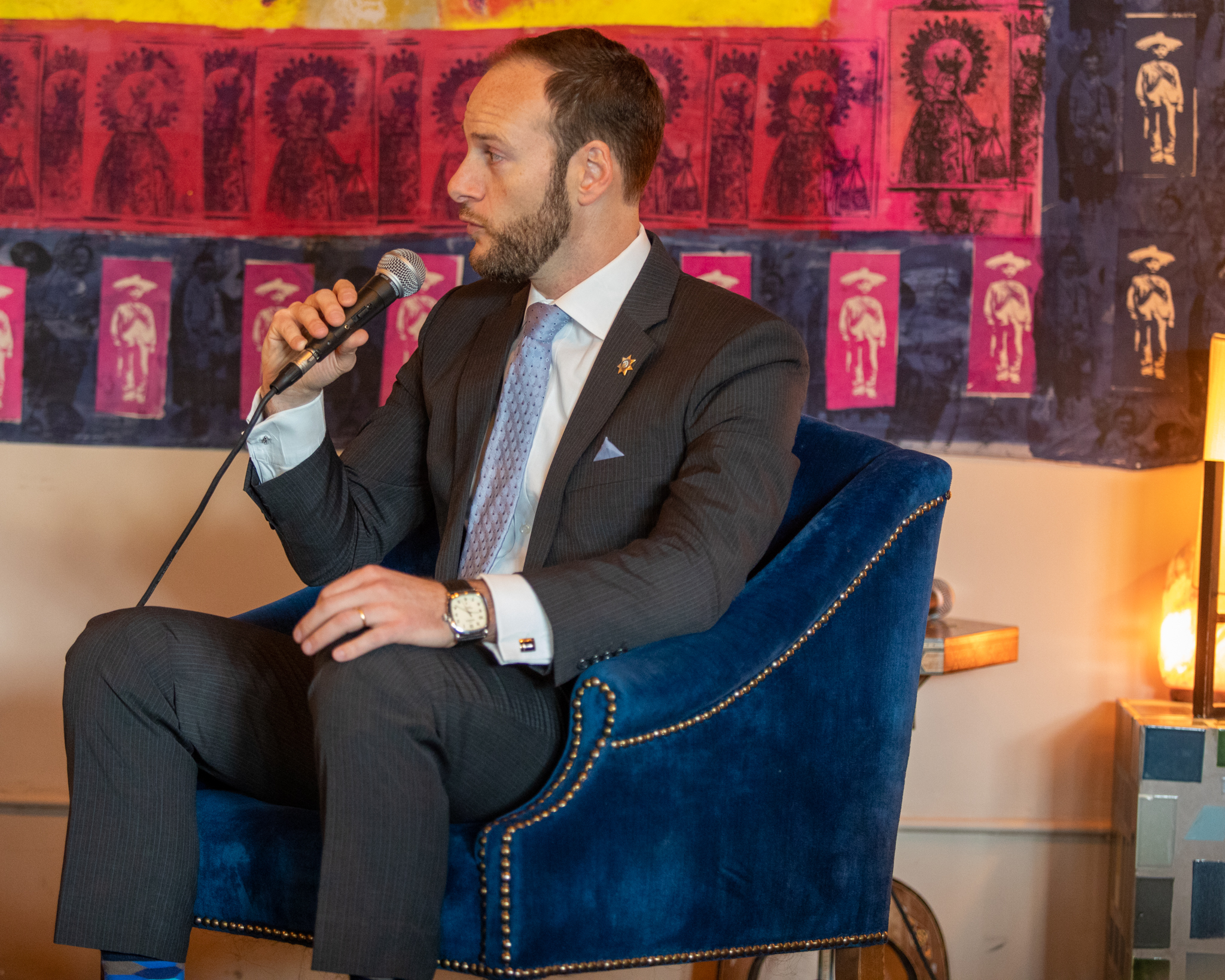 The police made a U-turn and the Pathfinder made a sudden right, without signaling and sped off.  The police pulled up beside the vehicle, found two bags of drugs and arrested the occupants.  Mr. Grim challenged the legality of the stop and the seizure of the drugs—he argued that the stop had not been justified by probable cause or reasonable suspicion.

Professor Armour noted that that was why they needed a pretext, or “a pretended reason for doing something that is used to hide the real reason.”

He said, “We have told law enforcement that you can use pretexts against citizens when you don’t have enough to do lawful constitutional reasons for proceeding.”

The professor pointed out that the problem with allowing minor traffic stops as pretexts is that the police can invariably find a minor or technical violation of the vehicle code “which creates the temptation then to use traffic stops as a means of investigating other law violations of which no probable cause or reasonable suspicion exists.”

And Grim, the professor continues, allows the officers to have more reasons to stop on impermissible factors like race.

Chesa Boudin explained what was occurring in San Francisco, which required them to take this step.

In 2016, the DOJ did a report on San Francisco and one of the areas they looked at was stop and frisk, pretext stops.  Ten years earlier, the ACLU looked at pretext traffic stops in San Francisco.

“All of the data showed that police are stopping black San Franciscans at rates that are grossly disproportionate,” he said.  More importantly, when they do stop them, “they are less likely to find contraband than when they stop and search somebody that looks like me.”

Professor Armour emphasized “there is not a statistically rational relationship.”

Mr. Boudin added that “when police actually do search white people, the data tell us, they actually have a good reason to do it.  But when they search black and brown people, it’s more often because they’re black and brown.”

Chesa Boudin pointed out that the DOJ report came out in 2016, “and here we are four years later, and there’s virtually no change in police conduct.”

According to the 2020 Racial Identity and Profiling Advisory Board Report, in San Francisco, Black people were stopped at rates over five times their representation in the city’s overall population—a greater disparity than in Los Angeles or San Diego.

Chesa Boudin stated, “Black people in San Francisco are more likely to be stopped than in any other major city in the state.”

“We cannot and we will not allow another generation of black and brown people to grow up in a police state,” he said.

Chesa Boudin made it clear that they are not telling police not to enforce traffic safety laws or get guns off the street.  They are not saying not to prosecute murder if they find a murder weapon.

“We are saying do not use traffic enforcement as a pretext to discriminate against black and brown people,” he said.  “Until we see changes in police behavior, we are going to do the difficult thing of declining to prosecute contraband cases.”

Chesa Boudin added that some people are going to say that this is allowable by the Supreme Court, so why are you not going to charge someone when the police recover a weapon or drugs in these types of stops? 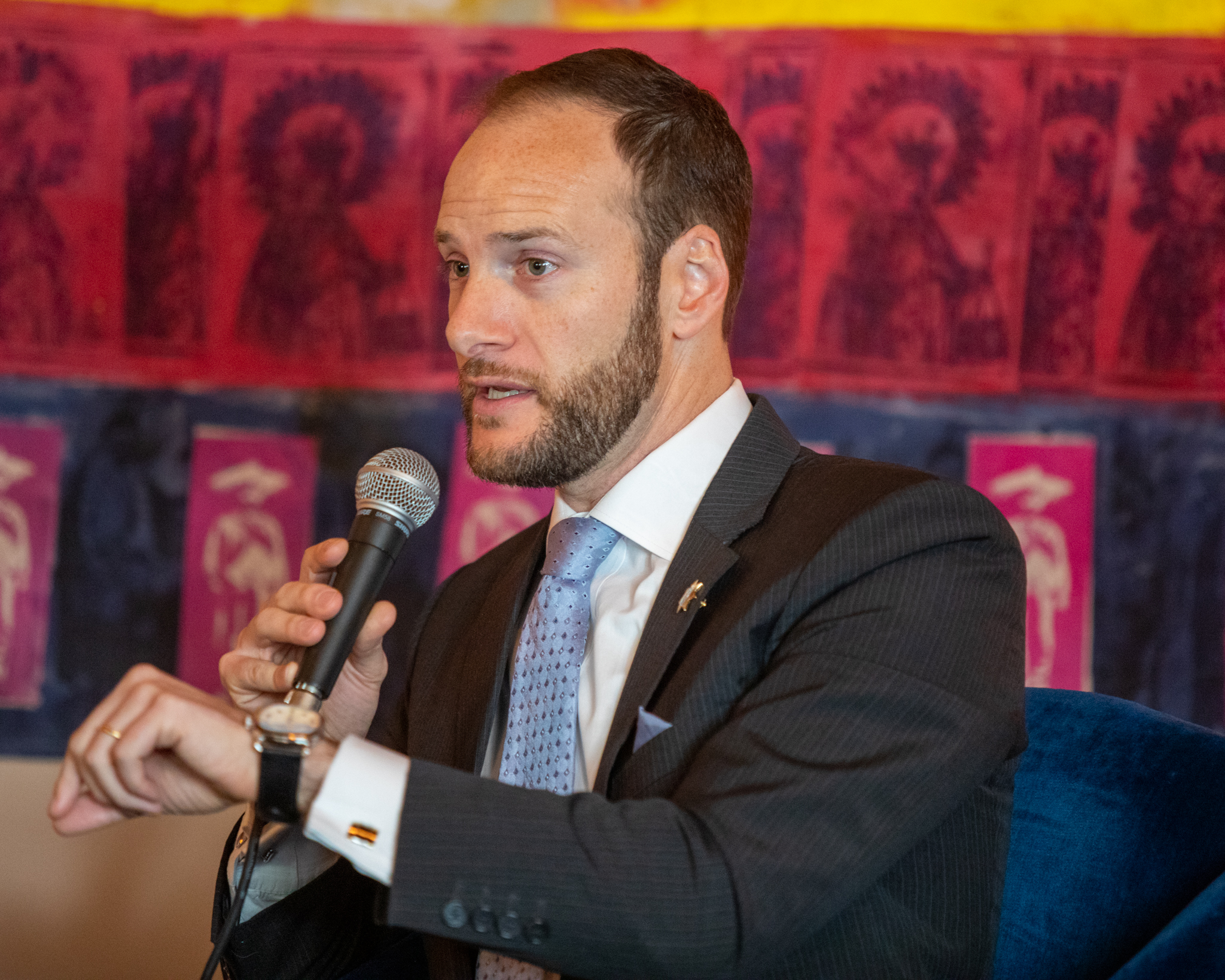 The DA’s new policy on status enhancements: “Status sentencing enhancements are a legacy of California’s ‘tough on crime’ era, an era that fueled mass incarceration and disparately impacted communities of color.”

These include three strikes, nickel priors, and gang enhancements.  These “will not be charged and pending strike-prior enhancements will be dismissed.”

Chesa Boudin explained they had a simple premise, “We want to hold people accountable for what they actually did in the case we’re prosecuting—not punishing for who they are, where they grew up, who their cousins are, or something we already punished them for in the past.”

He said, “Our sentencing laws already give us more than enough to hold people accountable.  They impose very severe consequences for conduct that was committed in a particular case.”

He added that this is not a policy that will dismiss or refuse to charge “conduct” enhancements.  Things like use of a firearm are enhancements “that can and will continue to be charged.”  He said, “They are based on the actual conduct in the case we’re prosecuting.”

Mr. Boudin pointed out that our “prison system doesn’t really rehabilitate,” and “we all know that when people get out having served their time, they have not really served their time.”  They can’t get jobs, housing or education.

Chesa Boudin added that in cases where they believe that the base crime is not sufficient, “we have discretion to make exceptions.”

He noted that the consequences of these polices has been to take the incarcerated population from just a few tens of thousand when he was born to over 200,000 today.

“Forty-five percent of the prison population under the Three Strikes sentencing regime are African American,” he said.  “These are polices that have a direct connection to racial disparities.”

Gang enhancements are even worse—they are almost exclusively used against people of color.

The DA notes in his policy that “more than 90 percent of adults with a gang enhancement in state prison were either black or Latinx.”

Stop and frisk is almost exclusively used against people of color. In New York, for example, in 2009 black and Latino people in New York were nine times as likely to be stopped by the police compared to white residents.