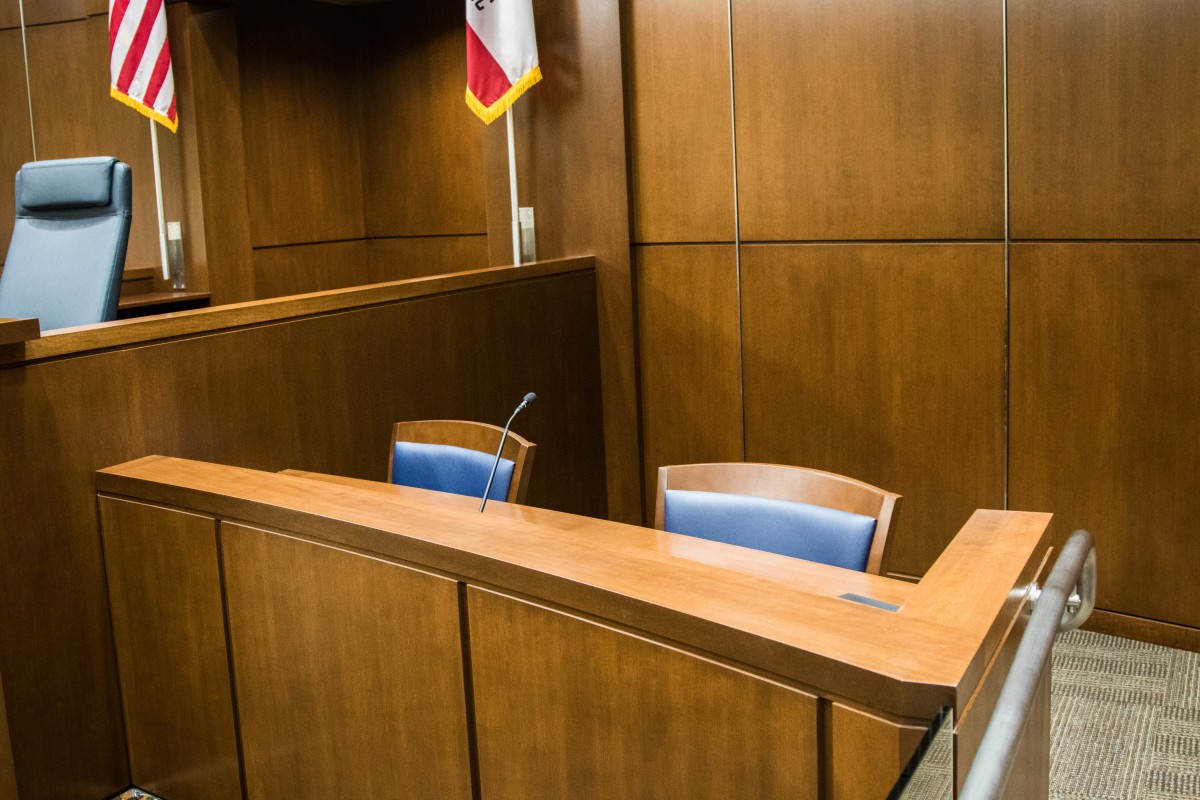 WOODLAND – A Davis man was allegedly found inside a stolen vehicle at an ampm on Feb. 20, 2020. He was sitting in the passenger’s seat along with two other individuals before being searched by an officer.

During the preliminary hearing, the defendant, Christopher Allen Poteat, was charged with a felony on one count of theft or unauthorized use of a vehicle.

The prosecutor called forth the first witness, Officer Richard Squibbs, to the stand.

Officer Squibbs has been a patrol officer for the Davis Police Department for four years. On the night of the incident, he was working the night shift, which typically runs from 9 pm to 7 am.

At around 5 am, he was watching another subject when he observed a 2004 Kia Sorento that had been sitting at the station for awhile. He noted that the vehicle did not appear to be pumping gas, which seemed suspicious. There were also two individuals standing outside the car.

Officer Squibbs ran the plate number and discovered that it was a stolen vehicle. At this point, he was around 200 yards from the car, and he used his Vortex binoculars to get a closer look. To ensure he had input the correct plate number, he approached the vehicle and verified that it was in fact the number of the stolen one.

As he pulled up behind the car, he said he flashed his blue and red lights and observed three individuals in the car. The defendant was in the passenger’s seat, a woman was behind the wheel and

another man was sitting in the backseat.

At this point in the preliminary hearing, Officer Squibbs identified the defendant in the courtroom.

After approaching the individuals, Officer Squibbs got them out of the vehicle and conducted a search inside the car. He found two backpacks, one containing female products, among other miscellaneous items. He also found a set of keys in the center counsel but none of them could start the Kia.

Officer Squibbs described the individuals as cooperative during the search. He also testified to knowing the woman and the other man in the car as transient people in the community. He only received statements from them and not from the defendant. The car was allegedly fairly organized, in comparison to cars of other transient people he had seen before.

Officer Nasca, who was with Officer Squibbs, determined who the registered owner of the vehicle was and spoke with him. After about 45 minutes at the ampm, the Kia was driven off the premises to the police department, per the registered owner’s request.

Officer Squibbs was dismissed from the courtroom, and the prosecutor called forward Officer Christopher Nasca, who has been a patrol officer for the Davis Police Department for two years.

During the night of February 20, Officer Nasca had spoken with Poteat and had received a statement from him. After he read the defendant his Miranda rights, Poteat said he understood his rights.

According to Poteat’s statement, he was borrowing the car from a woman he had met a week ago. He did not know the woman’s last name or where she was living. She allegedly told him he could use the vehicle, as long as he filled up the gas and dropped it off on Lake Blvd.

Poteat let the woman in the car drive because she was the only licensed driver among the three of them. She was also in possession of the car keys.

The registered owner of the vehicle allegedly knew of the woman who let Poteat borrow the vehicle. He had already made a stolen vehicle report prior to this incident.

Officer Nasca identified the defendant in the room and was promptly dismissed.

The defense attorney argued that there was no evidence that Poteat had stolen the vehicle and asked the court not to hold him to answer.

The prosecutor, however, found it suspicious that Poteat did not know the woman’s last name and that he was planning on dropping off a vehicle at 5 am. There was also mention of Poteat’s lengthy criminal history. The defendant is also currently on felony probation.

Judge Paul K. Richardson found probable cause to hold Poteat to his charges, because he llikely knew the car was stolen before borrowing it.

Share:
Tags:Auto TheftCourt WatchCourt Watch Yolo CountyPreliminary Hearing
Previous : Woman Called Police on Her Boyfriend after Altercation, Then Denies Claims of His Assault in Court
Next : Judge Changed Violation of Probation Decision after Hearing from the Public Defender