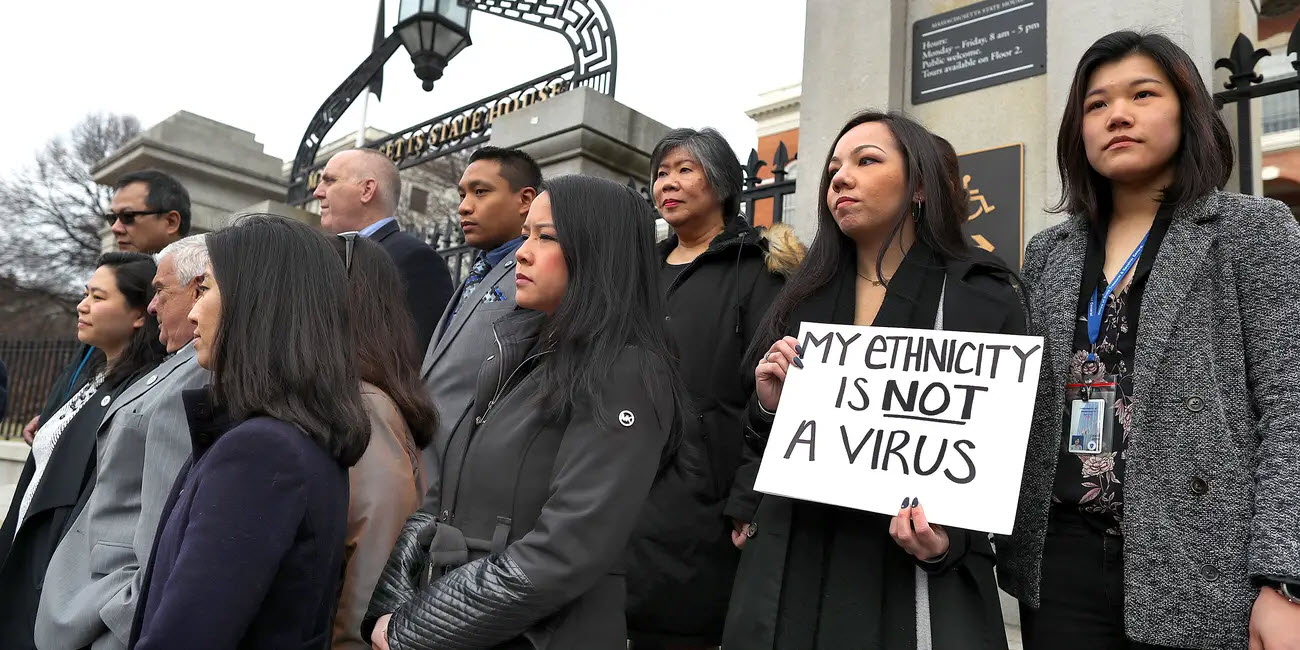 There have been debates all over the internet as to why it was inadvisable for President Trump to refer to coronavirus as “Chinese” or “Wuhan” virus.

On Thursday, the President told a briefing he would stop referring to coronavirus as “Chinese virus” if it bothered the Chinese community.  Of course, he doesn’t see anything wrong with it, even though he started using the term “Chinese Virus” soon after rumors began circulating among Chinese officials that coronavirus found its origin in the U.S. Army, and he rejected objections from the media that the term might be “racist.”

“If you look at Ebola, right, if you look at Lyme in Connecticut, you look at all these different horrible diseases, they seem to come with a name with a location,” he said. “I don’t have to say it if they feel so strongly about it, we’ll see.”

What the president doesn’t seem to understand are the implications of his decisions.

We saw this first hand when an incident happened in my daughter’s class, prior to the school closing due to the threat of the virus, when other children made derogatory remarks against a student or

students of Asian background, warning other children to say away unless they wanted to get coronavirus.

The teachers fortunately put a stop to that and told the kids that this was racism.

There are consequences that go beyond the simple anecdote.

“The FBI assesses hate crime incidents against Asian Americans likely will surge across the United States, due to the spread of coronavirus disease … endangering Asian American communities,” according to the intelligence report, which was compiled by the FBI’s Houston office and distributed to local law enforcement agencies across the country.

The analysis noted there has already been a surge in reports of hate crimes and lists a series of incidents from Los Angeles to New York to Texas.

The document detailed an incident in Midland, Texas, in which “three Asian American family members, including a 2-year-old and 6-year-old, were stabbed … The suspect indicated that he stabbed the family because he thought the family was Chinese, and infecting people with the coronavirus.”

The Bee reported on Friday, “An online tool launched a week ago for reporting cases of discrimination against Asians during the coronavirus pandemic has fielded more than 670 complaints, ranging from being spat on to being denied transportation.”

The STOP AAPI HATE online reporting center, which was created on March 19 to provide a “means to detail incidents of microaggressions and harassment related to COVID-19” is receiving around 100 reports a day.

A lot of this takes the form of verbal harassment and name-calling.

However, there are also shunning and even some physical assaults.

An example from the weekly report: “I took a walk with a friend of mine in CA. While we were passing a group of 4 men, one of them coughed into me, not once, but twice, without covering his mouth. As I turned my head back, they all burst out laughing. They then biked away. “

And: “As I was walking to my bus, a white, middle-aged man screamed at me to ‘wear a respirator’ because I’m Asian.”

But that is in part what is happening.

The Fresno Bee for instance interviewed a woman buying diapers at a Fresno store when a woman told her to “move out of my way” and then used a racial slur. The target, a 37 year old Laos native who believes she and her family are at risk.

“We shouldn’t have to live in fear,” she said in an interview with The Bee.

“We cannot jump to these conclusions or shun others or point the finger and engage in outright discrimination because we are dealing with a serious public health issue,” Sacramento Mayor Darrell Steinberg said. “Let’s do the common sense things, protect our public health, let’s look out for each other and our respective communities. Stand up as we always do in Sacramento.”

The 670 incidents are probably only scratching the surface here.

Cynthia Choi, Co-Executive Director of Chinese for Affirmative Action, said it is disconcerting to see the rise in hate incidents.

“This is only scratching the surface because we haven’t even publicized the site very widely,” she said.

The problem with the President’s stance even this week was that he was failing to understand that by calling coronavirus, the “Chinese virus” he was feeding into a new wave of anti-Asian hostility on this issue.  His statements and his actions have a real impact on the conduct of many in our society today.

Some have justified the naming of it as the Chinese flu – after all we had the Russian flu in the laste 1880s, which according to one site “acquired its name because it was thought to have originated in Bukhara in Uzbekistan (at that time, part of the Russian empire).”

It is worth noting, “The pandemic that broke out nearly 30 years later will always be known as the ‘Spanish flu’, though it didn’t start in Spain.”

According to this account, the Spaniards were not happy with this at the time, either.

“Understandably, Spaniards smarted at this calumny: they knew they were not responsible, and strongly suspected the French of having sent the flu across the border, but they couldn’t be sure. They cast around for a different label, and found inspiration in an operetta performed at the capital’s Zarzuela Theatre – a hugely popular reworking of the myth of Don Juan, featuring a catchy tune called ‘The Soldier of Naples’. The catchy disease became known in Spain as the ‘Naples Soldier’.”

They add, “But though the Spanish flu didn’t start in Spain, that country did suffer quite badly with it.”

Perhaps we should not be modeling current habits after 1918-19 mores anyway.  After all, this was the time of the red-scare, the resurgence of the KKK and 1919 featured some of the worst race riots in our nation’s history – Chicago, Detroit, Washington and one of the worst was Elaine, Arkansas where an estimated 100–240 black people were killed.  A race riot in 1921 in Tulsa decimated what had been a thriving black community there.

History aside, the best reason to stop calling it the Chinese Virus is probably the impact that the current communities are experiencing as a result.

5 thoughts on “My View: Discrimination Incidents Rise Against Asian Americans Due to COVID-19 Outbreak”