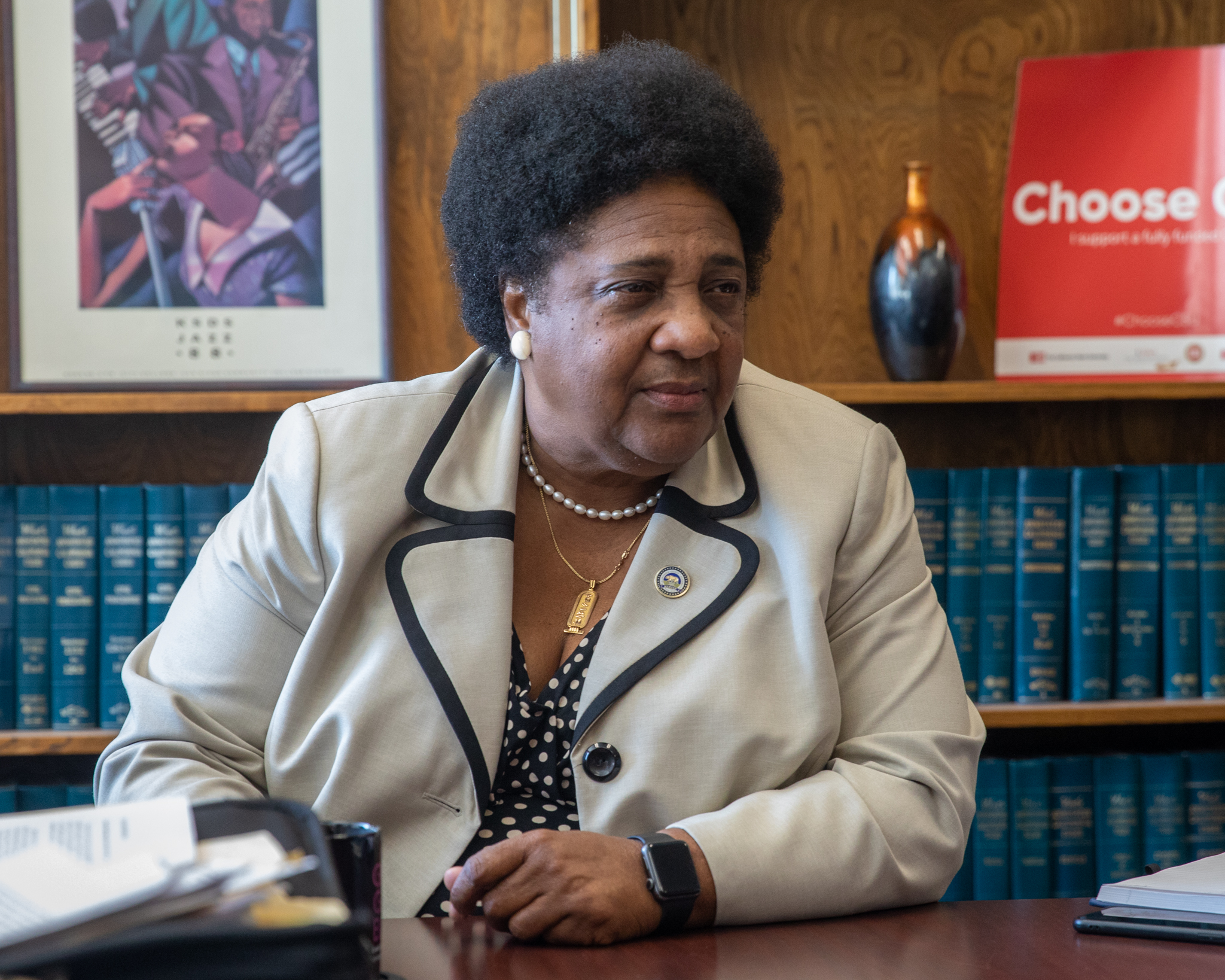 SACRAMENTO – Assemblymember Shirley N. Weber, Ph.D. (D – San Diego), and several organizations announced The California Act for Economic Prosperity which would repeal Prop. 209 and “open up contracting and hiring for minorities and women.” Prop. 209 amended the California Constitution so race, sex, or ethnicity could not be considered in admission to public employment, public education, and public contracting.

Assemblymember Weber announced ACA 5, The California Act for Economic Prosperity, yesterday in collaboration with several colleagues and business leaders. The press release for ACA 5 states that Prop. 209 “has prevented full participation in California’s economic prosperity for over two decades.”

Prop. 209 “eliminated state and local government affirmative action programs in the areas of public employment, public education, and public contracting to the extent these programs involve ‘preferential treatment’ based on race, sex, color, ethnicity, or national origin.” This proposition affected the consideration of race in public universities including the Universities of California, the California State Universities, and community colleges.

The California Supreme Court upheld the constitutionality of Prop. 209 in 2000 and again in 2010.

According to the press release, California is one of eight states that does not consider race or gender in hiring.

“Since becoming law in 1996, Proposition 209 has cost women and minority-owned businesses $1.1 billion each year,” said Assemblymember Weber. “It has perpetuated a wage gap wherein women make 80 cents on every dollar made by men and has allowed discriminatory hiring and contracting processes to continue unhindered.”

Weber quotes a 2015 study by the Equal Justice Society. The study concluded, “Proposition 209 caused the state and local governments to end their race-conscious contracting programs, resulting in a loss of $1 billion to $1.1 billion annually for MWBEs [Minority and Women business enterprises].”

The Opportunity for All Coalition also states on their page, “In the last five years, the U.S. has seen a dramatic increase in the number of women-owned businesses. Women are well above

average in job creation and the revenue growth — but in California, the world’s fifth largest economy that is expanding faster than anywhere else in the U.S., women are missing out on that prosperity.”

The ACA 5 press release talks about how Prop. 209 is affecting businesses, hiring, and higher education.

“In contracting, small business owners don’t get the same fair shot because of Prop 209,” Said Vincent Pan, representing Chinese for Affirmative Action. “In Chicago or Atlanta, Asian American-owned businesses win more public contracts than in San Francisco or Los Angeles where equal opportunity is banned because of this law.”

“California is home to the greatest number of women-owned businesses in the nation and having contract gender parity is important,” said Democratic Santa Barbara Assemblymember Monique Limón. “ACA 5 allows California voters to decide whether gender parity should be mandated or whether we should continue with the status quo that has fallen short in achieving gender equity.”

“I’m a product of Affirmative Action. Without it, I wouldn’t be where I am today,” said Democratic San Diego Assemblymember Lorena Gonzales. “I believe every qualified person from an underrepresented community in California should have the same opportunity I had.”

The San Francisco Chronicle noted that, following the passage of Prop. 209, the University of California, Berkeley’s “proportion of Latino and black freshmen dropped by half immediately after Prop. 209 took effect.”

The Chronicle also notes how supporters argue that the affirmative action prevention legislation leads to “curtailing efforts to use hiring to increase diversity in police departments and school workforces.”

Supporters of ACA 5 include “the Black, Latino, API and Women’s Caucuses, as well as leading business and civil rights organizations across California, including Equal Justice Society, the California Black Chamber of Commerce, Chinese for Affirmative Action and scores of faith-based organizations.”