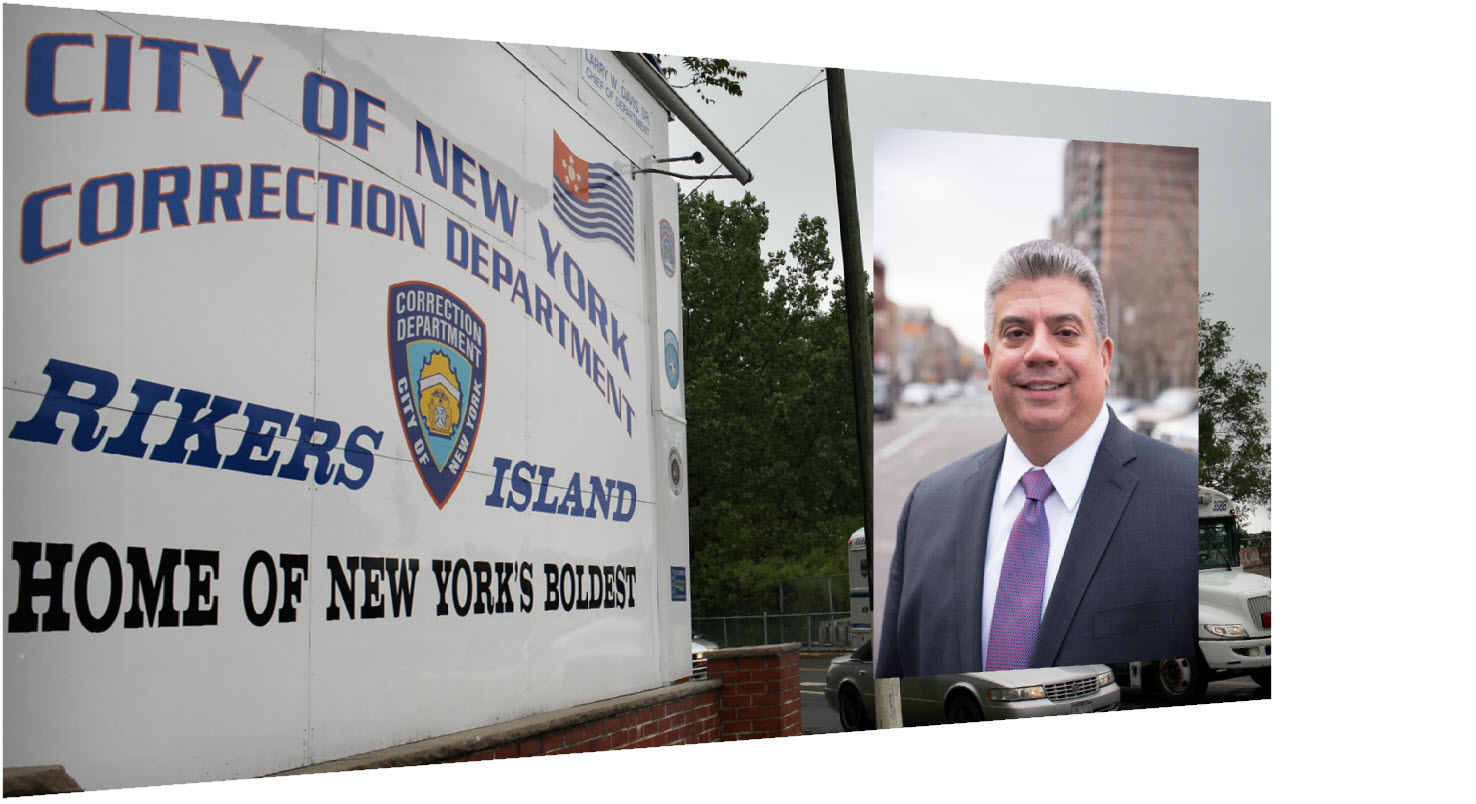 The latest news out of New York is grim, but the situation on Rikers Island is grim with soap and space in short supply, and, as of Thursday evening, according to one media account, at least 231 incarcerated people along with 223 staff members have tested positive for COVID-19.

In an op-ed appearing in the New York Times earlier this week, Brooklyn DA Eric Gonzalez, among others, while praising the leadership of Governor Andrew Cuomo, called on the governor to go beyond the release of 1100 people from New York’s jails and prison.

“He must do more. If we don’t act fast, we jeopardize the lives of many. Worse yet, we risk creating a uniquely deadly incubator for the virus,” Mr. Gonzalez wrote.  He added, “Given the conditions in which incarcerated people live — limited access to soap and water; shared bathrooms, mess halls and living quarters — this population is especially vulnerable to the virus, and largely unable to prevent its spread.”

DA Gonzalez joined the Vanguard yesterday for a recorded interview that will air as a podcast on Monday, the latest in our series on progressive prosecutors.

“Our jails are a breeding ground for COVID-19,” he said.

As we know in general, the recommendations from health officials are to stay physically separated for at least a six foot distance, isolating people with confirmed cases of the illness—and, of course, aggressive testing is needed to ultimately stop the spread.

However, in facilities like Rikers Island, the opposite has happened—which has led many health officials and reformers to fear that the conditions of the jails and prisons will lead to the spread

of the virus to vulnerable populations that have substandard access to medical care to begin with.

“The reports that I get is people are still not physically separated, people are still dining together, there are still sanitary conditions that are outrageous – they don’t have access to soap at all,” he said.  “The medical ward, I was told, is completely filled.”

People who have tested positive for COVID-19 are quarantined in other parts of the jail.

“Things are grim,” he said, noting that the number of cases has exploded from one case two weeks ago to over 200 people now.  He added, “We know that testing is not complete.”  There are people he is aware of with high fevers and other symptoms but who have not been tested.

Rikers Island has always been notorious for its harsh conditions.  It is scheduled to close in about six years, moving toward jails that are borough-based and moving away from a penal colony.

“We know that we have to get as many people off that island and out of that jail as possible,” he said.  “The people who run that correctional facility have not done enough to protect the people who are not going to be released.”

There are people there on things like pretrial detention and parole holds, but also people there accused of serious crimes like murder and rape, who would not be released.

“They have not provided adequate protection to those folks,” he said.  “It’s an outrage.

“What we can do is make sure that the people who don’t need to be there, get off the Island,” he said.

DA Gonzalez said, “We need to reexamine why we have so many people there in the first place.”

The process, he said, is “shrouded in opaqueness.”  He added, “We are not really understanding how they are making decisions on who gets released.”

His office, he said, has attempted to get a list of those who are on the island and who are “high risk”—they may have pre-existing health conditions, pretrial detainees for whom they are trying to work with defense attorneys to try to release.  Others are there due to mental health issues or drug addiction issues.

He explained, “Those are people who I don’t think belong on Rikers Island to begin with.”  He said their office is working with the courts and public defenders, whose efforts he praised, to identify those individuals and try to get them off the island.

Mr. Gonzalez explained they are looking for alternative housing or supportive supervised housing for some of those populations, rather than at Rikers Island.

“One of the biggest concerns from a law enforcement standpoint and really just from a human dignity standpoint, all of the services,” he explained, things like supportive services, reentry and the like, “all of those services have been suspended.

“There’s no live reentry services, there is no live pretrial services,” he said.

Problems at Rikers Island are nothing new.  No case perhaps embodies the reputation better than the case of 22-year-old Kalief Browder, who hung himself in 2015 after spending two years in solitary awaiting trial for allegedly stealing a backpack.

But the plan which was approved last fall by a 35-14 council vote to close the facility and make four smaller detention centers was opposed by the far left and far right.  Representative Alexandria Ocasio-Cortez and Queens district attorney candidate Tiffany Cabán were among those who spoke against the plan.

As one councilmember put it last year, “We can’t wait any longer to close Rikers Island.  The unconscionable treatment of people detained in the jail, the outdated and inhumane conditions and the severe isolation of an island away from family members and legal services necessitates that we close it as soon as we can.”

“It’s always been a hell hole,” Eric Gonzalez said bluntly.  “We’ve always known that and that’s one reason I was the first district attorney in New York City to actively call for it to close.”

Eric Gonzalez told the Vanguard there were less than 5000 in the jail right now.

“Remarkable,” he said.  Just five years ago there were 10,000 and many years ago at its peak, there were 20 to 25,000 people.  “We’ve gotten the population down tremendously but there’s still way too many people on Rikers Island that don’t need to be there.”

The problem, however, with the current conditions, he said, is that the district attorneys were not informed of the plan and, now that the disease has spread, “we’re really just trying to mitigate the population that’s currently there.”

Eric Gonzalez said he is doing his part as well—they are not prosecuting low level offenses, “so we’re not adding to that population.”

You can catch the full interview and our discussion of bail reform in New York and the Brooklyn DA’s office vaunted conviction integrity unit on Monday’s Everyday Injustice podcast.