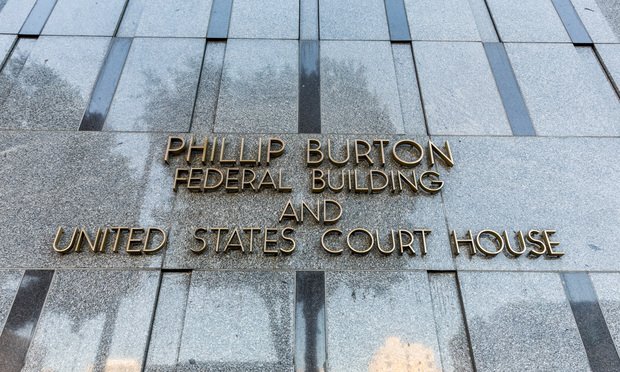 A federal judge has ordered the release of four immigrants detained in two ICE detention centers in California, based on age and medical conditions that make them particularly vulnerable to a COVID-19 infection.

“None of these [individuals] is in a position to meaningfully limit his exposure to COVID-19 while at Yuba or Mesa Verde,” Judge Chesney affirmed in a ruling Wednesday.

“Immigration detention is unnecessary generally, but now with COVID it is putting people at risk,” said Shelly Clements, the wife of Charles Joseph, one of the plaintiffs ordered released. “I feel blessed that my husband is coming home.”

The judge in his ruling noted that, while no particular person is more susceptible to becoming infected with COVID-19, the CDC has determined “that certain types of persons who do became infected are significantly more likely to have a severe illness or to die…”

In this case, the petitioners have argued that each has one or more of the high-risk factors and, moreover,

are unable to engage in other precautions such as social distancing in order to avoid infection.

The San Francisco Public Defender’s Office in a press release Thursday noted that each of the four plaintiffs ordered released suffers from a range of very serious medical conditions, which the CDC has identified as putting them at particularly high risk.

Salmon Medina Calderon has been diagnosed with diabetes. He has lost all of the vision in one eye and 70 percent in the other. Gennady V. Lavrus also has diabetes that requires insulin injections. Charles Joseph suffers from severe asthma. J. Elias Solario Lopez, 82, has a history of hypertension and kidney disease, the press release said.

The judge noted that “the issue here presented is whether petitioners are likely to show that, given their alleged health concerns, their detention is excessive in relation to the government’s needs.”

“Although, as noted, it is undisputed that respondents have a non-punitive purpose in detaining Medina Calderon, Lavrus, Joseph, and Solorio Lopez, namely to ensure their respective appearances at immigration proceedings and to effectuate any final orders of removal,” the court added, “the Court finds petitioners have made a strong showing that respondents’ detaining them in the above-referenced conditions, in spite of their knowledge of said petitioners’ respective high-risk status, is ‘excessive in relation to [that] purpose.’”

“This decision is an important step,” said William Freeman, senior counsel at the ACLU Foundation of Northern California. “The stakes for the release of detained persons are at an all-time high as the threat of the COVID-19 outbreak places them at an elevated risk of serious ailments or death.”

San Francisco Public Defender Manohar Raju said, “The judge recognized that releasing vulnerable immigrants because of the COVID pandemic is urgent, constitutionally mandated, and in the interest of public health. Immigrants in ICE detention centers should be released immediately. It is unfortunate we had to resort to the courts for this relief. ICE should be doing this on its own.”

“ICE’s abysmal response to COVID-19—including its intransigent refusal to heed public health experts and release as many detainees as necessary—violates the Constitution,” said Jordan Wells, an attorney with the ACLU Foundation of Southern California. “Worse, it risks human life and threatens to exacerbate the pandemic. We are relieved for those who the Court ordered ICE to release. And we will continue fighting for everyone unsafely languishing in ICE prisons.”

Bree Bernwanger, senior staff attorney at the Lawyers’ Committee for Civil Rights of the San Francisco Bay Area, added: “Our brave clients have shown that while the rest of world takes unprecedented safety measures in the face of a global pandemic, ICE has endangered their lives by continuing business as usual. But in this decision, the Court recognized that no immigration policy is more important than protecting human life.”

Judah Lakin of Lakin & Wille LLP, said: “ICE’s refusal to change its policies and practices during this pandemic is not only disheartening, but clearly unconstitutional. We will continue to fight not only for the remaining plaintiffs in our lawsuit, but the greater incarcerated population at large.”

The court concluded that “under the highly unusual circumstances presented, i.e., a global pandemic of a type not seen within recent memory, the public interest is served by the requested injunction.”