The vacancy created back in 2018 by the retirement of Judge Janet Gaard has been filled by a familiar face for Davis residents, as Governor Newsom on Tuesday appointed Dan Wolk, a former Davis Mayor, to the vacant judge position.

Dan Wolk, 42, was appointed to the City Council by the City Council in 2011 to fill a vacant position created when Don Saylor resigned to be seated on the County Board of Supervisors.  Wolk then ran an election campaign in 2012, finished first, and served as mayor from 2014 to 2016.  Twice he ran for State Assembly, but lost first to Bill Dodd in 2014, and then to Cecilia Aguiar-Curry in 2016 after Bill Dodd ran for State Senate.

In a statement to the Vanguard, Dan Wolk said, “I am very honored to be appointed by Governor Newsom to the Yolo County Superior Court.”

He said, “My parents instilled in me a deep commitment to both the law and public service.  Serving as a judge in the county in which I grew up and am raising a family is especially meaningful.  I look forward to joining the exceptional jurists already on the Yolo County Bench and to serving the people of Yolo County with fairness, thoughtfulness, and humility.”

Wolk has served as a deputy county counsel in the Office of the Solano County Counsel since 2009. He was an associate attorney at McDonough, Holland & Allen P.C. from 2005 to 2008 and was founder and director of the Legal Clinic of Yolo County from 2006 to 2008.

He earned his JD from the University of California, Berkeley School of Law.

Dan Wolk becomes the 11th member of the Yolo County Bench.  There have been six appointments and one election since 2007.

In 2012, Janene Beronio was elected by the voters after Judge Mock retired at the end of his term.

Governor Brown then appointed Sonia Cortés, Peter Williams, and Tom Dyer, the latter two as he was retiring in 2018. 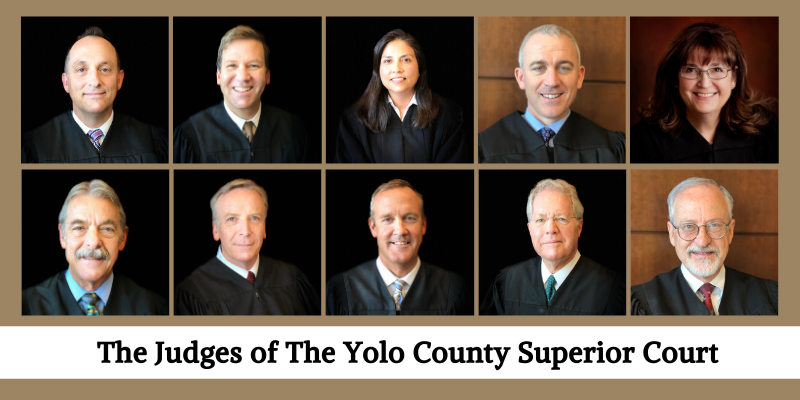 Janene Beronio and Sonia Cortés are the only women on the bench.

According to the governor’s release, the compensation for this position is $214, 601.

Share:
Tags:Dan WolkGavin NewsomYolo County Judge
Previous : Commentary: Why the Bakersfield Doctors Should Not Be Believed
Next : Commentary: The Hole Grows Deeper – Five Mayors Speak Out